‘Bad and Crazy’ is a South Korean television series. It is a mysterious drama which is directed by Yoo Seon-dong. Written by Kim Sae-bom, its first episode debuted on December 17, 2021. Let us acquire more details in relation to the upcoming episode number 6 including its release date and spoilers. Episode 5 started off with K make a generous donation of money to a youth shelter. On the other hand, the prosecutor decided to ward off the investigation in contrast to Soo Yeol. He had only 52 South Korean won left in his account; he declared that he was broken. He went to the charity’s office where we saw that he was not able to recover his money. Depressed about the same, he threatened K that he would jump from the roof. 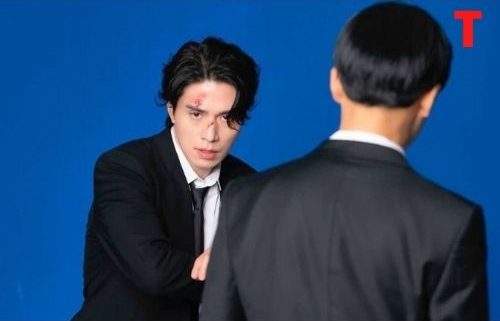 Well, the first day of the New Year is surely going to go well as the new episode of ‘Bad and Crazy’ is all set to premiere on January 1, 2022. The thriller airs every Friday and Saturday. Its airing time is 10:40 as per Korean Standard Time on its networking channel.

From what a little birdie tells us, Hee Gyeom will be all perplexed and taken aback seeing Soo Yeol willingly trying to make efforts in order to help her prove her innocence. As the episode runs further, they will be seen coming out as victorious in capturing the man who killed Do Yo Gon in reality leading to engaging in an exploding fight between him and his men. With that action sequence, it is quite obvious that Soo Yeol is also on the radar now.

We do not recommend you to watch any show on any fake platform or website, ‘Bad and Crazy’ episode 5 will be available to watch on the streaming platform iQIYI