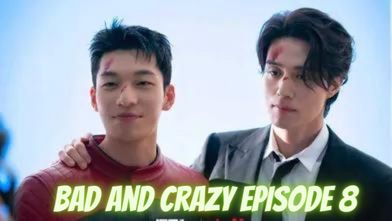 Directed by Yoo Seon-dong and co-produced by Studio Dragon and Mink Entertainment, Bad and Crazy is a South Korean tv series. This iQIYI original series depicts story of ‘bad and crazy’ detectives who fight against police corruption. Madam Hong is keeping a close eye on Kye Sik considering everything has happened till now. And is on a killing spree of people coming in her way. Trying to take Kye Sik down, things didn’t go as smooth as he thought they’d go. With Jeong Il Su in jail, he’s trying to turn him against Kye Sik. But Il Su seems to be a man of his words as he refused to listen to Soo Yeol. In the search for some evidence, Soo Yeol went on check Sang Hoo’s apartment and ended up in a junkyard looking for Hyeok Jin. Finding Hyeok Jin and getting into a fight, Soo Yeol went straight to his doctor. Tying to get dirt on Kye Sik, he got to know that Hyeok Jin was the one who killed Sang Ho. 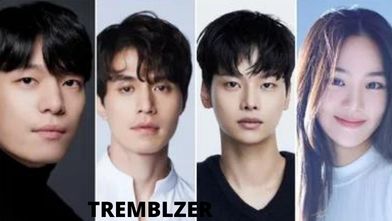 The upcoming episode of bad and crazy will release on January 8, 2022.

Almost in his hands, Kye Sik managed to escape as he told Soo Yeol that Hee Gyeom was in trouble. In panic mode, Chan Ki went on to hit Soo Yeol and ruin the evidence himself. Driving as fast as he could to the junkyard, he found Hee Gyeom passed out in one of the chambers. But ended up getting locked in with her instead. Almost losing his senses in the gas-filled chambers, Soo Yeol and K tried to open the door and woke Hee Gyeom in the process. Kicking together, the three were able to open the door and escape from death once again.

You can watch ‘Bad and Crazy’ Episode 5 on iQIYI. We recommend you to watch the show on the official website and platform only.