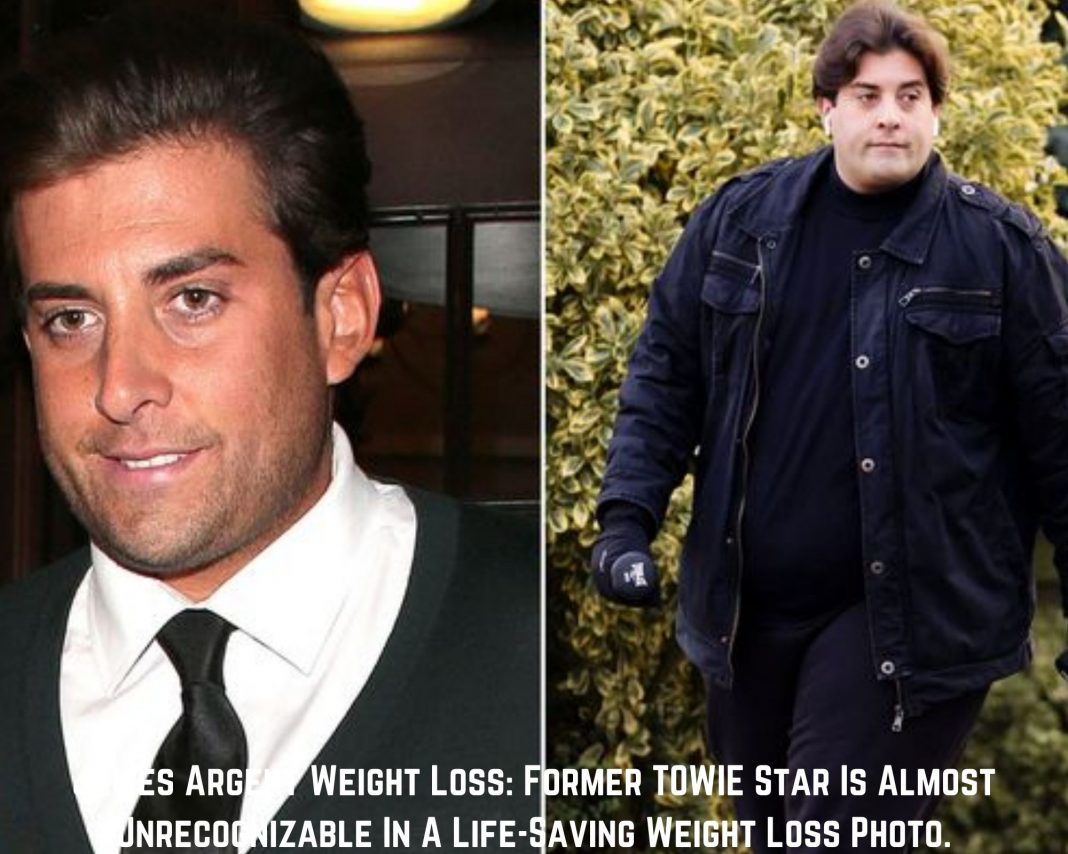 Former TOWIE star James Argent has shown off a stunning weight loss transformation after shedding TWO and a half stone in just four months. The reality TV personality underwent the body overhaul following his stint on Celebrity Island with Bear Grylls last autumn, which saw him lose two stone as he struggled to find food during the series.

Argent shared an incredible side-by-side comparison on Instagram, explaining how he had lost an impressive eight inches from around his waist in just under five months.

He captioned the snap: ‘Look at me now vs when I went on @CelebrityIslandBGT almost 5 months ago.. I have lost 2.5 stone and 8 inches off my waist and hips and I’m the happiest I’ve ever been with my body. I feel like a new man and can’t wait to share with you all my fitness journey on YouTube!’

He continued: ‘I was so unfit, unhealthy & unhappy… but you know what? It’s never too late to change your life for the better!!’

In the right image, James can be seen showing off his new slimline waist as he relaxes by the pool. On the left image, Argent is seen during a workout as part of his fitness journey. Also Read: Bassist And Budgie Singer Burke Shelley Dies At The Age Of 71

Although James was already incredibly muscular for his frame, he responded to criticism from fans who had previously told him that he needed to tone up.

‘Toned for my body and the shape I’m in at the moment is good enough,’ he hit back. ‘I don’t want to be big and bulky, just lean & healthy.’

While many of his fans were thrilled with his transformation, one person questioned whether he had done it through surgery after noticing a difference in his jawline.

‘Lol no I haven’t had surgery,’ he replied to the follower. ‘I have just lost weight and toned up that’s all, it’s called hard work!’

James appeared on TOWIE for six years before departing in 2013. He was cast alongside his best friend Joey Essex, who he starred with in their own reality show, in Essex on the Beach.

He appeared with Mark Wright in Celebrity Ghost Hunt Live back in 2011 before starring in last year’s series of Celebrity Island with Bear Grylls.

James recently revealed that he was planning to release his own fitness DVD after documenting his weight loss online. ‘I’m about to get into that whole world of fitness,’ the star told OK! Online. ‘I’m not doing it to get girls, I just want to help people have a better life.’

The TOWIE hunk is keen to share his journey with fans on YouTube after recently starting up his own channel.

‘My aim would be to do fitness DVDs for people who are 20-30,’ he added. ‘I have the following so why not embrace it?’

‘It’s something I want to do properly, not just go on a diet for six weeks and then put the weight back on.’