Andrew Garfield has long been public about his disappointment in not being asked back to play Spider-Man after “The Amazing Spider-Man 2,” and in a recent interview with the Italian website Bad Taste, he goes into more detail on why he feels it’s such a great story. It opens with him wondering what the hell it is about Peter Parker that people love so much, and then he starts talking about what a great story it is.

RELATED POST: A Gossip Girl STAR APPEARS In How I Met Your Father’s Cameo.

“It’s a very beautiful story about this kid who gets left behind on the swingset as his father goes off to war or something”, Garfield describes, “and then time passes– I think that’s probably how it works.”

Garfield says he even lied to Emma Stone about what was going on with the franchise because he didn’t want her to worry. But now that Spidey is headed back home and Garfield isn’t invited along for the ride? Well, as you might expect…Garfield feels a bit betrayed, though true to form he thinks it’s an excellent story:

“I felt really bad for her for having to conduct the entire interview when I was wearing an Andrew Garfield mask because, you know, that’s awkward. And also I thought it was really unfair– what if she started to like me? It would have been so terrible! So I just tried to keep my face in a rigid state of upset, thinking about how I still have three Spider-Man movies to go. That’s my way of tricking myself into being bummed out.”

It’s a good interview because Garfield seems to be at peace with the whole thing now. Stone? Not so much…I mean, just look at the guy! 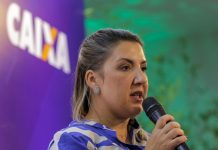