Gender equality is a matter of space. And in a society that advances towards the shared possession of space, where women leave the margins to occupy a historically masculine center, the existence of places just for them is sometimes shocking.

There are gyms, social clubs, networking circuits and, lately, women-only classrooms. The female school has resurfaced in different areas and for all educational levels.

THE GIRLS WITH THE GIRLS

Originally, segregated education served to keep girls away from higher education. Under the first educational law in Spain, enacted in 1857, schools taught different subjects to boys and girls. They trained to work and women to stay at home.

The Second Republic, inspired by the Institución Libre de Enseñanza, introduced mixed education in 1931: everyone learned the same thing in the same class, but that period of educational equality was short-lived. The Franco dictatorship again separated the student body from 1938.

In the 1950s, girls took the subject Home, which taught them to clean, iron, sew and take care of the family. Their physical education was limited to gymnastics and women’s sports, and the students of the Women’s Labor Baccalaureate could only prepare to access certain jobs.

Coeducation did not return until 1970, and the law protected it again from 1985. Women’s access to equal training, after so many decades of sexist discrimination, was not exactly easy or pleasant.

Segregated schools, despite their murky history, still exist. It is estimated that in 2018 there were about 170 educational centers that separated girls and boys. Currently, at least 63 of these schools are concerted (owned by companies, but partially financed with public funds); the rest are private and none of them is public.

However, the reasons for dividing students based on their gender have changed and modernized. The advocates of single-sex education maintain that girls and boys have different maturation rates and learning styles, so schools must adapt to their particularities to make the most of their potential. In his opinion, the good academic results obtained in these centers support his arguments.

At the opposite extreme, supporters of mixed education criticize that segregated schools convey the idea that women and men are not equal and have different abilities; and reproach these centers for creating artificial environments that do not correspond to reality, more diverse and with multiple gender perspectives.

Faced with the argument of good grades, they blame that these cannot be separated from the socioeconomic circumstances of the students, and at the same time they refuse to subsidize single-sex schools with public money. The Government is on their side: since January 2021, the LOMLOE or Celaá law denies public financing to this type of school. 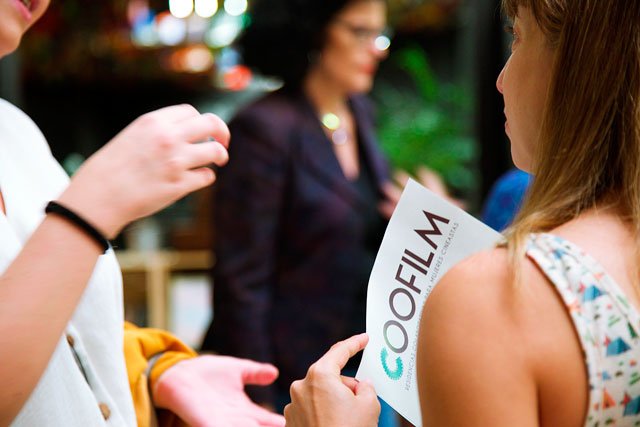 STEREOTYPES, OUT OF CLASS

The raison d’être of many training projects for women only is related to the space they occupy in the world and to the demand for true equal opportunities. The National Coalition for Girl’s Schools (NCGS) sums up this idea: “By alienating boys, the all-female environment adds opportunities for girls.”

Without men, there are no male or female subjects. The students are freed from the roles and expectations associated with their gender, thus being able to explore the subjects that interest them (science, sports, business) without running into the obstacle of stereotypes. For the same reason, they are more likely to develop typically masculine skills such as leadership and self-confidence.

The demolition of stereotypes and the space to stand out are part of a long list of reasons in favor of girls’ schools. The NCGS gathers fourteen arguments in favor and the European Association of Single-Sex Education (EASSE), nine. 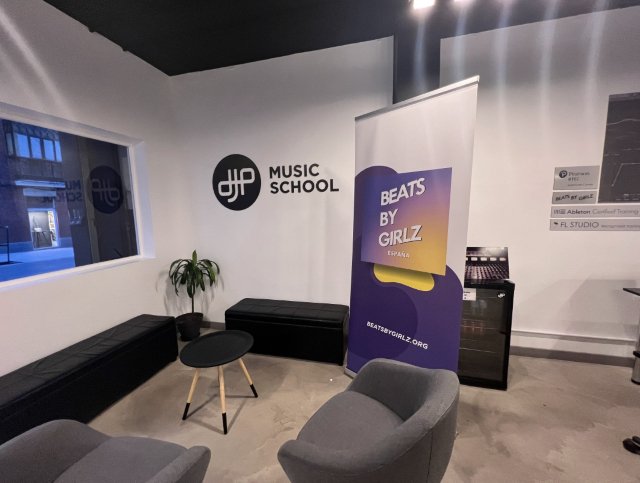 Within the music industry, Beats By Girlz works to close the gender gap in the classroom and in business. Ángela Cortés, director of expansion for Latin America and Spain, affirms that “through the courses many girls find new role models, create and consolidate professional and personal ties with people who are similar to their tastes and interests, and find representation in what they are passionate about: music and sound. 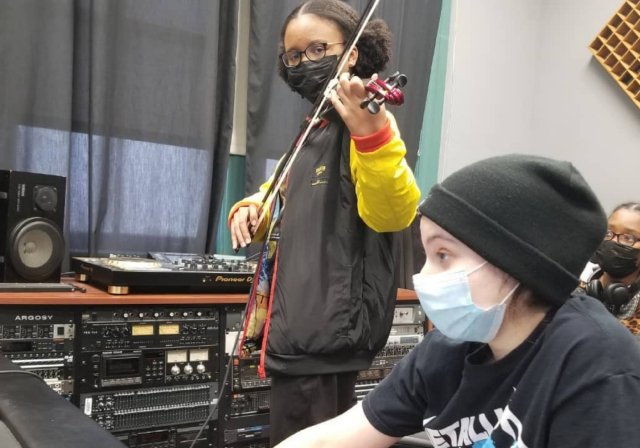 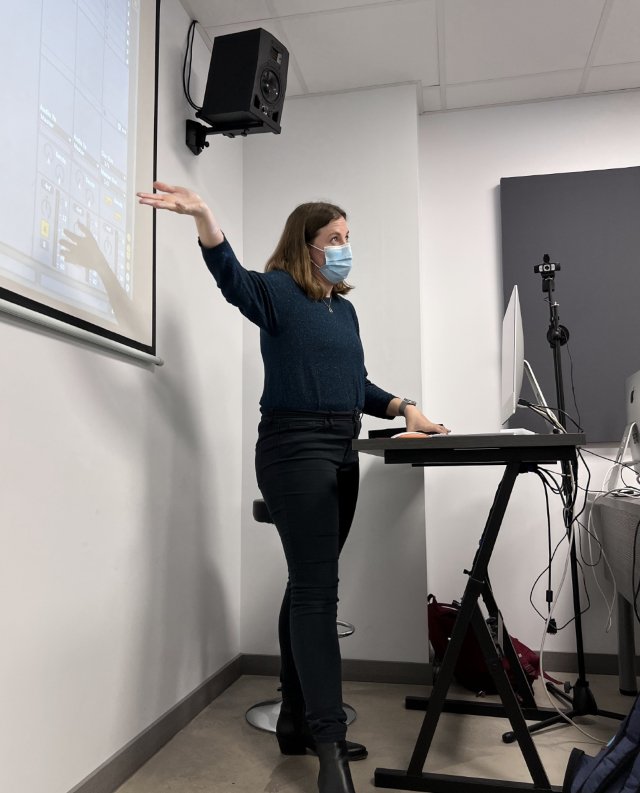 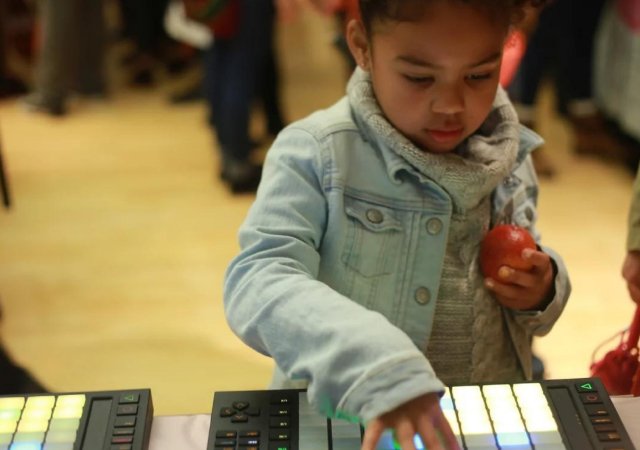 The NGO maintains 33 active chapters in 15 countries, all of them aimed at women and gender-expansive people. “The premise of our project is inclusion,” explains Cortés. “We dedicate all our efforts to working with traditionally marginalized gender identities, giving them access to tools, resources and quality educational training.” 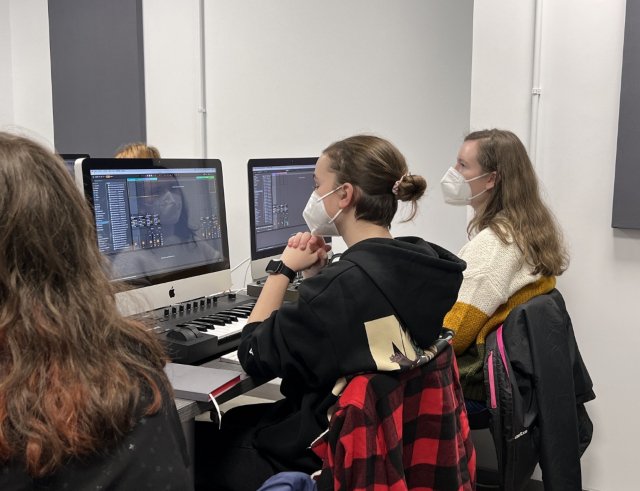 Alejandra participated in Beats By Girlz in 2019. She is now a DJ at Alliee Fields and a music production student. From her time there, she remembers “female empowerment and the comfort of being able to share your opinions or questions without feeling judged for being a minority.” Thanks to this initiative she got contacts and some open doors. “If the project were mixed, women would not have the same visibility,” she says.

Another sector affected by inequality is the audiovisual sector. As a solution to this problem, Coofilm was born, a collaborative residency program for women filmmakers focused on family reconciliation. “Conciliation is a way to guarantee that women can play on equal terms,” ​​explains Gabriela Garcés, its director and founder. 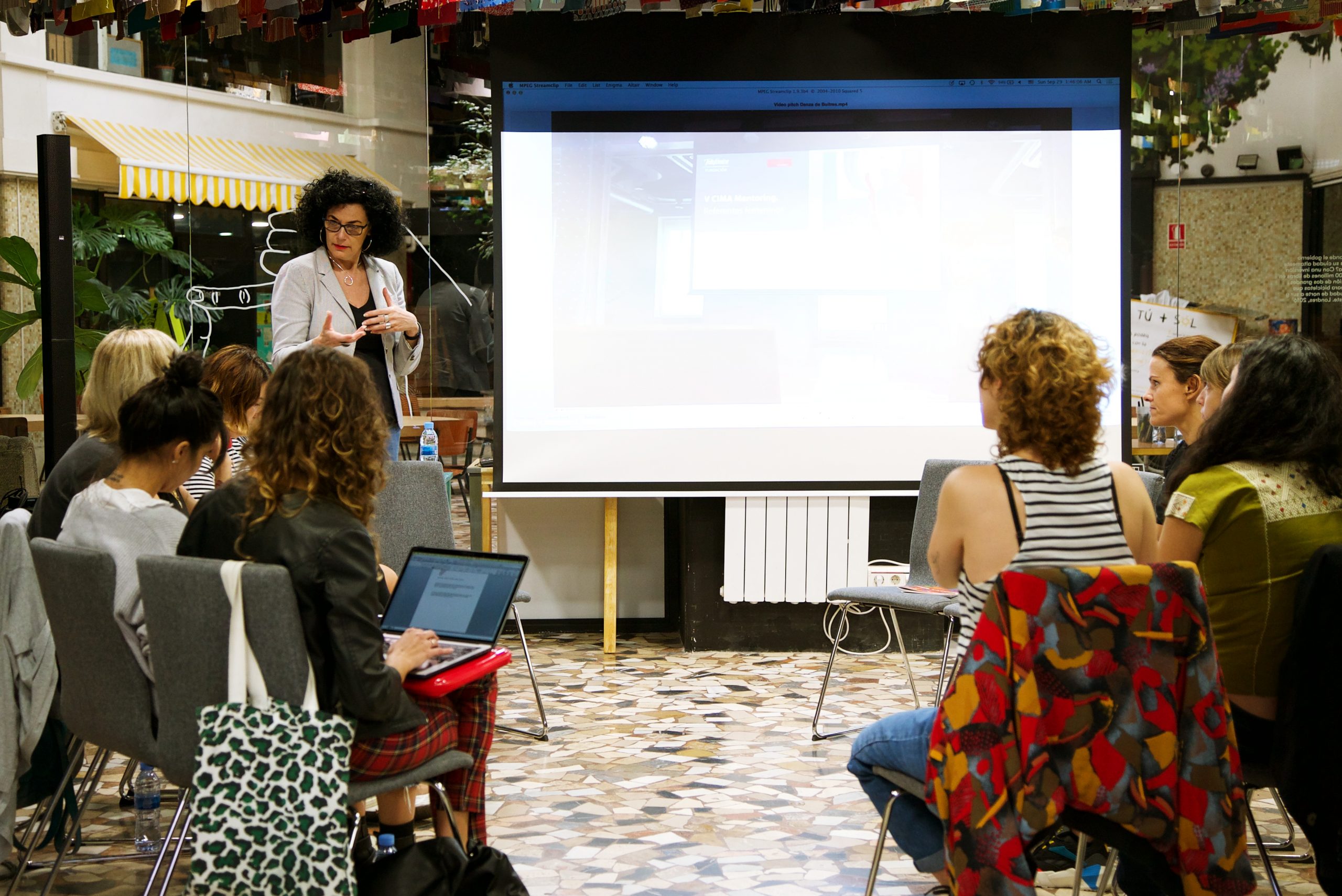 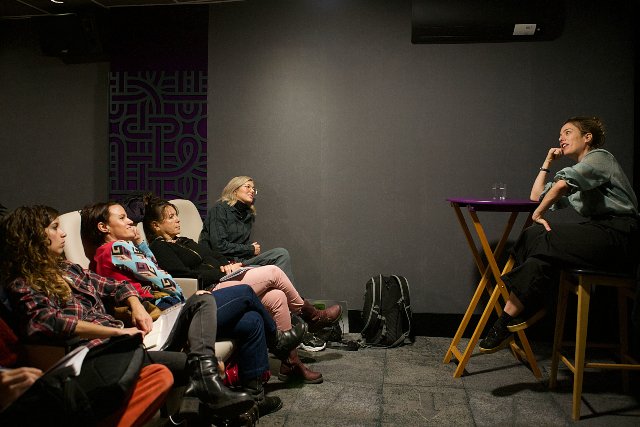 “In this residence, the defense of mental health and conciliation was very clear,” says Nadia Mata Portillo, director, screenwriter, teacher and resident of Coofilm. “Facilitate access to classes, flexibility in delivery times, schedules… Many of us have been giving the breast while connecting to classes.” 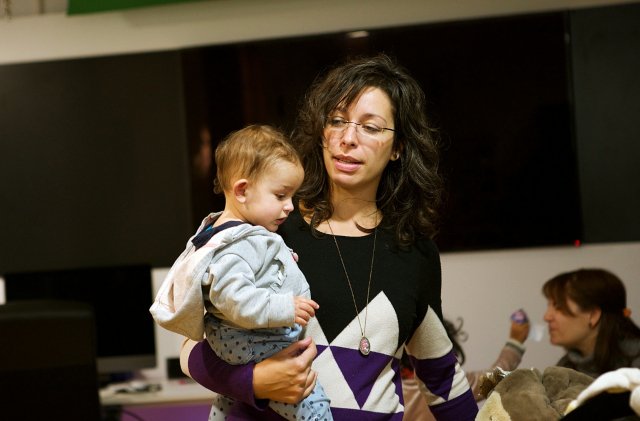 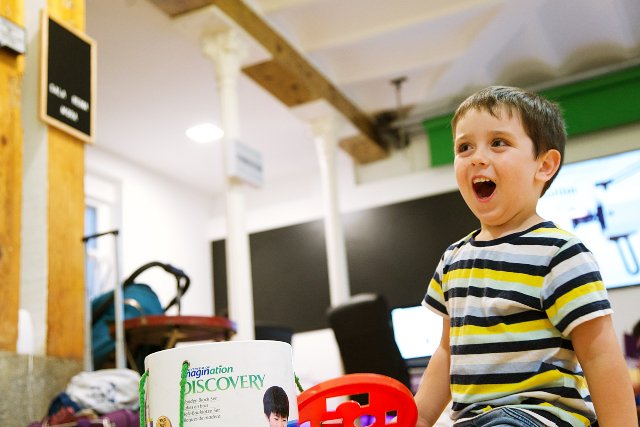 Apart from conciliation, for which the program prepares toy libraries and children’s activities, Coofilm focuses on creating and making visible female references in cinema. “If you don’t see it, you can’t even imagine what you can become. The residents become teachers for their classmates, and it is the most beautiful thing about the program”, Garcés defends. 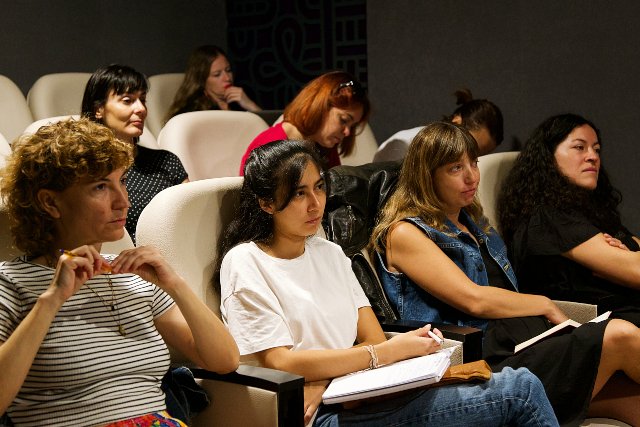 Andrea Casaseca, a student at Coofilm, agrees, and emphasizes the sorority of the project: «For the first time I have a group of women who do the same thing as me. What I find is support because sometimes, as a woman, what you need most is to be understood by a woman. You feel protected because you meet other women who are either in the same situation as you or have been there»

In the area of ​​business and entrepreneurship, there are also women’s groups and services for women only. They are based on the same principle as education for girls: professional women do not have the same space as professional women.

Olaia Calvo is a mentor to women who she helps to reinvent themselves and find their work purpose. Her work is distinguished by applying the gender perspective in her mentoring; the notion that social context limits women’s universe of possibilities and shapes their beliefs and blocking points. The orientation goes through knowing these facts, claiming the space of women in the professional world and removing them from their eternal secondary role. 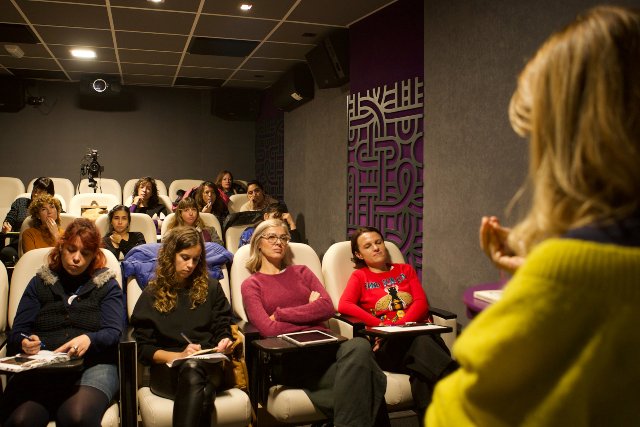 “We have been educated that women are competition, they are bad, they are envious. When we do networking and schools for women we join forces, we share spaces and we understand each other; things that have not been given to us”, reasons Calvo.

Although not all are the same, women have codes, language and gender socialization in common that are different from those of men. The mentor explains that “the system, the methods, the conditions and the ways of working are created around the man. We have to move on male models. Much of women’s professional suffering has to do with responding to male standards. Women who come to feminine professional environments, in Calvo’s experience, feel understood, respected and empowered.

In the end, neither schools nor professional services completely expel men from their spaces. “Men are our allies, and we count on them to make our project grow,” says Cortés from Beats By Girlz. “There are men who are very committed to Coofilm, as professionals and also involved within our collaborating entities,” says Garcés. “We can learn a lot from men,” concludes Calvo.