David Bowie was born on a cold January day in 1947 in Brixton, London, a couple of blocks from the pointillist mural that now celebrates his time on earth. Bowie himself killed Bowie to give birth—creatively speaking—to Ziggy Stardustan extraterrestrial, pansexual, androgynous being destined to change the history of musical and performative creation forever.

The biggest emotional earthquake in Ziggy’s existence came with his appearance on Top of the Pops, one of the BBC’s flagship shows. There, with the withered memory of a post-war period still alive, he burst in with an exuberant, suggestive, sexual presence, of infinite attractiveness and limitless impudence.

Ziggy Stardust sang and told the story of Starmana person from another planet who sends messages to young earthlings to join his messianic cause.

Suddenly, the gray BBC saw how two men of ambiguous sensuality played around, looked lewdly at the camera, pointed at the girl who was staring in astonishment at their televisions and scandalized her parents until they took them to the brink of patatús.

‘Starman’ it would be the first single from the stratospheric The Rise and Fall of Ziggy Stardust and the Spiders from Mars, an album that came out 50 years ago today and that would change the history of music forever, as well as the way of looking at life for a whole generation of young British people. Ziggy Stardust thus began an artistic mission that made him the champion of change and transformation for ever and ever.

«I find it terribly dangerous for an artist to meet the expectations of others. If you feel safe in the place where you are working, you are not working in the right place. You always have to go a little further into the water than you feel capable of doing. Go a little further and when you feel that your feet do not touch the bottom, you will be in the right place to do something exciting. David Bowie

To commemorate both Bowie’s 75th anniversary and the half-century of his alter ego Ziggy Stardust, Adobe has just launched a series of digital tools that claim freedom of expression, the power to explore one’s identity and creativity to show the most authentic self that each one carries within.

Created in collaboration with Bowies 75the official campaign for the artist’s 75th anniversary, all of them are now available at Photoshop Illustrator, Fresh, Substance Y Adobe Express. Its purpose: to encourage users to explore their own forms of self-expression, in true Bowie style, through resources such as:

Named makeup brushes featuring some of the Brixton genius’ greatest hits, such as Changes, Ashes Y Queen Bisheither Major Tom. Adobe’s pattern sampler where you can try on patterns and fabrics from Bowie’s most iconic suits and turn them into completely new ones. Colorful backgrounds and 3D props in Substance, inspired by David’s album covers and posters .Stickers inspired by some of Bowie’s iconic graphics, such as Aladdin Sane’s lightning bolt or Ziggy Stardust’s own astral sphere.

All tools are available for your free download here.

As it explains Simon Morris, senior director of marketing at Adobe, trying to represent Bowie has not been easy: “It is simply impossible to define the icon of Mercury with a single tool, someone who constantly changed from one musical genre to another and, at the same time, He kept mixing their personalities. Therefore, we have created a whole set of digital tools to fully represent his creative force and allow others to be inspired by his essence ». Tools for whose development they have counted on creatives such as Tina Touli, Kae Neskovic, Tabea Mahern, Thomas Hedger Y Kyle T.

Following Bowie’s maxim “art is inherent to all”, Adobe encourages all users to unleash their creativity and try to be as chameleon as Bowie was. A challenge that some creatives from all over Europe have already joined, such as Naranjalidad and Ariadna Tapia, among others. 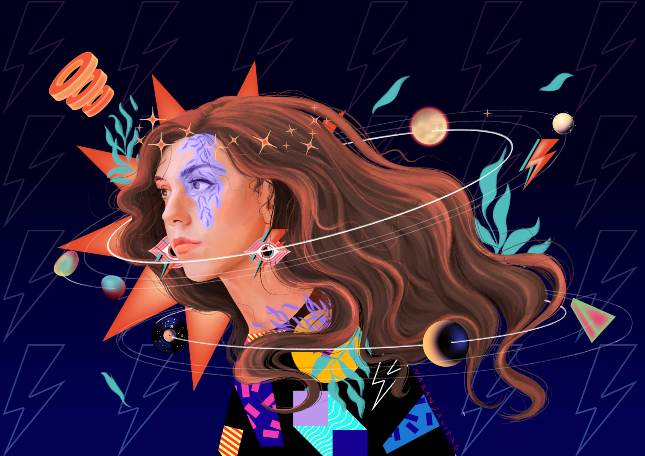 The purpose of Adobe is that many other creatives join these and share their own characters and creations with the label #AdobexBowie.

And if all these utilities weren’t enough, Adobe has prepared one more surprise for us on July 1: an immersive adventure in Bowie’s very own dressing room, where we’re sure to find the occasional Easter egg about the artist and his alter ego .

This is not the first time that Adobe has taken inspiration from the legacy and lives of historic artists to create tools to put in the hands of contemporary creators. He did so a few years ago with the digital recreation of the brushes of Edward Munch or with the Lost Alphabets of the Bauhaus Dessau. Also in 2020, with the launch of his collection of inspirational brushes in the New York artist Keith Haring.

Do you dare to create new versions of yourself? 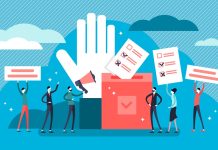 The Andalusian rarity, or why the absolute majorities are not going to return (for now)