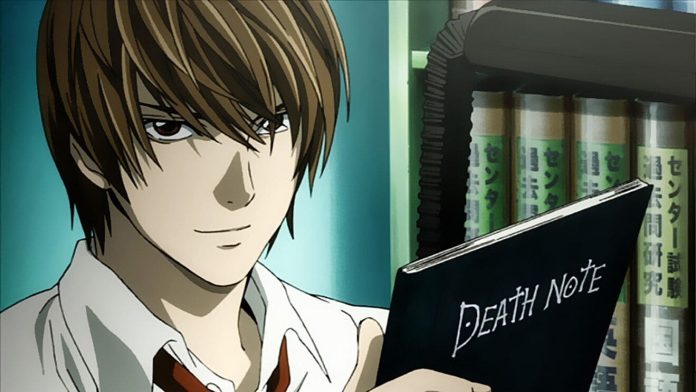 Death Note is a manga series, later adapted to anime, that tells the story of Light Yagamia Japanese student who undergoes a radical change in his life when he finds a strange notebook with very precise instructions for its use: el Death Note. This notebook is capable of causing the death of someone just by writing their name in the notebook, a brutal starting point for what is one of the best animes in history.

Now, using the Death Note is not as simple as it seems since it includes a series of rules additional which can be used, on many occasions, for the benefit of its owner.

Everything or almost everything has an instruction manual to be able to use it. The Death Note is no exception, so here we will describe the usage rules to get the most out of this supernatural notebook.

The notebook doesn’t work if the writer doesn’t have the person’s face in his mind.

When typing the name, it is necessary to visualize the person’s face and think about it. This explains why typing a name does not affect other people who share the exact same name.

The names written on the Death Note die

This is the most important rule: once the name is written, they will die. There is no way back.

When writing the name if you also write the cause of death of the person in question, this is how it will happen. Conversely, if you don’t specify any cause, he will die of cardiac arrest.

If you choose a cause of death, you must be specific: you will have 6 minutes and 40 seconds to recount the details.

When the notebook hits the ground, it becomes the human world

Once the Death Note reaches the human world, the first human to touch it will automatically be its owner.

Ownership of the Death Note: contact with the Shinigami

The new owner of the passbook will be able to contact Shinigami, the original owner of it. This includes seeing and hearing what each Death God has to say.

According to what Ryuk reveals to Light, the owner of the Death Note cannot access any other destination than the void, called In.

Although not its owner, any human who touches the notebook can have contact with the Shinigami protector of the Death Note.

It is enough for someone to touch a sheet of another person’s Death Note for them to automatically see the Shinigami of the owner of the Death Note.

For example, Ryuk follows Light from the moment the former drops the notebook into the human world. For the same reason, when the owner of the notebook has to die, the corresponding Shinigami will write his name on it.

The Shinigami is revealed to the new owner of the notebook in a period of 39 days, starting from the first use.

We saw that Ryuk reveals himself after 5 days of the first use of the notebook.

If he wanted to extend his life expectancy, the Shinigami is the only one who can do it using the Death Note.

It is true that the main reason that moves the Shinigami is the use of the notebook to be able to stay alivealthough on one occasion Ryuk revealed that many gods of death die because they are too lazy to use the Death Note.

You can’t kill a Shinigami no matter how hard you try.

Neither with a gunshot, nor with a knife in the heart. We witnessed this when Sidoh He showed up and Mello’s gang received him with a lot of bullets and they did absolutely nothing to him. That’s right: this does not mean that the Shinigami are immortal.

We know that the eyes of the Shinigami have a power that we have not even visualized in series similar to Death Note. In order to obtain this power, the owner of the passbook must offer in sacrifice half of his life expectancy. This will allow you to know the name of a person and their life expectancy just by looking at their face.

death written in notebook must be physically possible

It always has to be possible in the human world. We can’t write a cause of death like the person was killed by an alien from Saturn. Let’s remember that if there is any inconsistency in the details of the cause of death, the person will die of a heart attack and that’s it.

In the series we saw that Light and Kira ripped little pieces out of the notebook so they could take them with them for emergencies. Kira, for example, ripped leaves so as not to carry the entire Death Note with her and thus go unnoticed. Light, instead, invented an emergency mechanism, carrying a small piece of notebook paper in her watch so she could use it in an emergency. The only thing that matters is to write the name of the person who has to die clearly and precisely.

Death details can be placed before the name

The owner of the notebook has 19 days to be able to place the person’s name next to the written cause of death. After this time has elapsed, the stipulated cause is nullified and the person dies of a heart attack.

Any human can write in the notebook, without being the owner

Independently, any human can use the notebook, write a person’s name and cause the same effect.

The notebook effect It has no effect on children under 2 years of age. In the same way, a Shinigami cannot give the Death Note to children under the age of 6.

The victim is immune if their name is misspelled more than four times.

In this way, if a person’s name is spelled wrong four times, it will have no effect. It doesn’t matter if it’s spelled right the fifth time.

Also, if the one who writes the name in the notebook does it wrong on purpose, he will die and the victim will continue to be vulnerable to the Death Note.

If a person gives up ownership of the Death Note, when they make contact with another, they will recover their memories as long as they have it in their hand.

As long as their physical contact lasts, the human has the ability to remember everything concerning the notebook.

Suicide is a possible cause of death

The truth, as we have seen in many Death Note endings, any human being can think of committing suicide. This is used by Kira, for example, to mislead the police and interrupt the pattern of heart attacks.

Still, if the details of the suicide include other lives, the person dies of a heart attack. In this way, the Death Note watches over the integrity of other lives that are not related to the name of the person that is written in the notebook.

In case of theft or loss, the owner must recover it in 490 days

The owner of the notebook only loses possession of the Death Note if he resigns. In the event that he loses it or it is stolen, he has 490 days to recover it or he will lose his rights and memories related to the notebook forever.

There can only be 6 Death Notes in the human world.

Following this logic, if there were to be a seventh Death Note, it would be just an ordinary notebook until one of the previous six is ​​destroyed. For the same reason, a human being could have up to 6 different Death Notes.

The Shinigami cannot save the lives of humans.

In case the Shinigami wants to use the Death Note to kill a person’s killer to save them, the individual’s life will be prolonged and in return, the Shinigami will die. For example, the Shinigami Gelus died after saving the life of Stop Four.

If the same name is written on more than one Death Note, the first one takes precedence

This is how, regardless of what time or cause of death you have, The first notebook where the name of the person has been written will have priority. Likewise, if the person’s name is written within 0.06 seconds of each other on more than one Death Note, both are invalidated, so the person will not die.

On the causes of death in the Death Note

A cause of death can last only 23 days. During this period of time, the owner of the notebook can manipulate the life of the person who is going to die.

In the same way, from the moment a person’s name is written, all the events leading up to his death can last for a period of only 23 days.

Continuing with the causes of death, at the time of detailing it, you can use only one sheet, at most, of the notebook.

A human with Shinigami Eyes cannot see the life expectancy of other Death Note owners.

This includes him as well. In the same way, the human could not visualize the life expectancy of other owners of a Death Note.

The Shinigami cannot reveal names or life expectancies of people he can see.

In these cases, the Shinigami would only cause chaos in the human world and we don’t want that… Rem and Ryuk never broke this rule.

Once the human’s name and cause of death were written on the Death Note, their death will happen

It doesn’t matter if the Death Note is destroyed or the part where it was written suffers some damage… if it is written, it will happen. In case the notebook is destroyed and only the name of the person who should die has been written, he will do so in just 40 seconds from a heart attack. If the owner of the notebook started specifying the causes of death at the time the Death Note is destroyed, the victim will die within 6 minutes and 40 seconds.

All human beings, without exception, will die

We all agree on this and no explanation is needed: all human beings, sooner or later, are going to die, why not in Death Note?

After the death of a human being, the place they go is the void

The nothing itself. That’s what awaits everyone who dies in Death Note.

Once dead, nothing to resurrect

All the Death Notes that appear in the anime

There is a total of five notebooks that appear over the course of the manga and anime. The notebooks are named after the Shinigami who was their original owner and passed through various human hands.