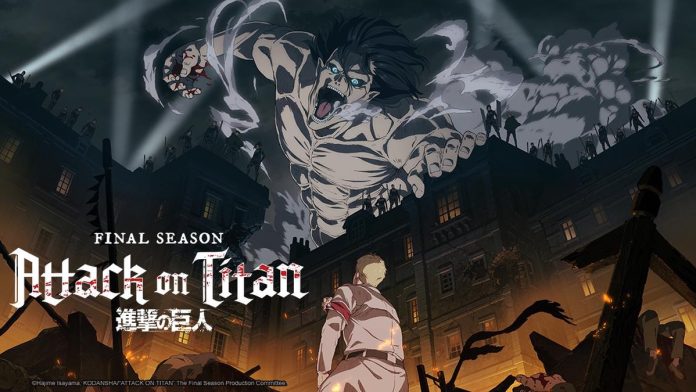 After several delays, finally Attack on Titan: Final Season, Part 1 will be for sale on Blu-ray and DVD, thanks to Select Vision the August 31.

It has been 6 years since the first appearance of the Colossal Titan and the whole truth about the exterior of the Walls and the identity of the Titans has finally come to light. With that knowledge in their possession, the Exploration Corps ventures beyond Wall Maria with the goal of reaching the sea for the first time, but what awaits them beyond the horizon is far from the freedom they longed for. And it is that on the other side of the sea a war without end is waged. Gabi Braun and Falco Grice have trained their entire lives to inherit one of the seven Titans under Marley’s control to help their nation exterminate the Eldians of Paradis Island, but their plans are cut short by the sudden arrival of Eren Jaeger. and the surviving members of the Survey Corps.

– Exclusive book about the series.