The anime series niche has been around us for decades, and nowadays they are more popular than ever before. There are a couple of reasons why the popularity of anime series grew substantially, especially in western culture.

A few years ago, anime series were out of reach for most parts of the world. Such series had limited distribution outside of Japan, and the nature of the content wasn’t themed for wider audience acceptance.

However, nowadays, there are many networks like Netflix that distribute such content and the creators are putting out different versions of each series just to make them appealing to every culture.

When it comes to the theme of the anime series, there are thousands of different niches to choose from. We will focus on anime series that featured a horse element in the story. Japan has a rich horse racing culture and it is inflected in their creations such as anime series, mentioning in their entertainment some characters inspired by the fastest horse breeds ranked by TwinSpires.

Let’s dig deeper and find out some of the best anime series that include or are based around a horse. 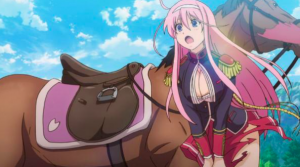 It is very popular to see kids and teenagers in anime series, in fact, the industry is dominated by this demographic. With that said, Walkure Romanze is about students from the Winford Academy who are learning to become proper knights.

The first and most important thing when becoming a knight is training to ride a horse. The students spend a lot of time around horses, and Marengo is the most popular horse in this anime series. Marengo comes from the Winford stable with a mischievous disposition. 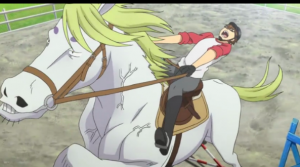 This anime is a rather different one in terms of the theme from what we are used to. The Silver Spoon is based on farming and animals. With that said, horses play quite an important role in this series, especially in the second season.

The most important character of the series is Maron, who is a proud white horse with a beautiful yellow mane, who also happens to be one of the most tsendere animal characters in existence.

Gin no Saji is a great anime series with a secret message. It teaches us that animals deserve as much or in most cases more respect than people do and how we should love and appreciate everything they do. 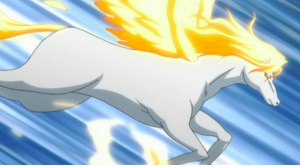 Even though this anime series isn’t based around horses, it still made to our lists thanks to the iconic Scuderia horse featured in the series. Scuderia is a majestic white horse with a fiery mane and tail, just like Rapidash from Pokemon.

However, you shouldn’t let his pretty appearance fool you. This is a powerful majestic horse that is able to grow wings and slice everything in its path. 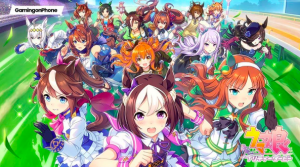 Here we have a rather unique adaptation of an anime series that features 18 anthropomorphic moe girls who actually have horse traits, such as long tails, and horse ears. This anime series is inspired by horse racing, but instead of horses, we have cute little girls with horse attributes who will race, swim and compete with each other.

It is a bit bizarre to find out that all of these girls are actually trained like horses, but it is also interesting to watch, especially the tense competitive moments in a race.

Digimon Tamers is a popular anime that isn’t based around horses but the creators have found a way to incorporate these majestic creatures in an interesting way. The most popular horse character from the movie is Indramon who is Exalted Beast Digimon based on Indra, who is a mythological deity.

Often referred to as the Holy Beast, this creature features horse characteristics coming with a human-shaped body with horse attributes like a horse head. This huge purple horse walks on two legs and has three red horns on its head.