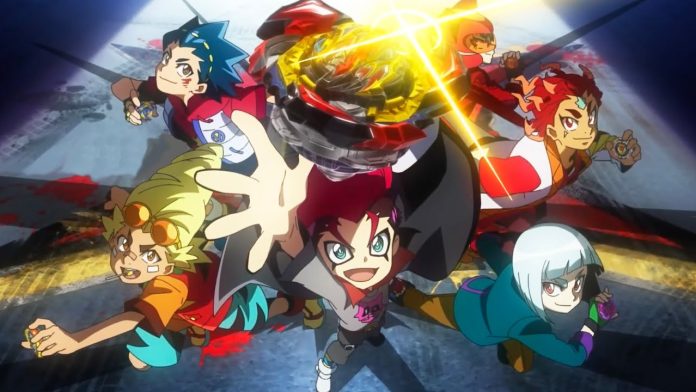 The new season of the franchise, BeyBlade Burst Quad Drive arrives at the schedule Boing. The channel premieres the new series from the next Monday, August 29 at 6:20 p.m.as informed Davis.

It is the sixth season of the third saga of the spinning top franchise and it arrives on the channel, which has broadcast the rest of the saga (and Netflix).

It can be seen both on the channel and in the same app where episodes will be posted on a weekly basis.

Bashara Suiro and her sister, Hanna, venture into a haunted house. They watch as others run out of the house screaming, but that doesn’t stop Hanna’s curiosity. Once inside, they experience many terrifying events, eventually leading them to a room with a bey stage.

A little boy dressed in bat clothes appears. He calls himself “The King of Hell” and asks that people address him as the Dark Prince. His Beyblade is Destruction Belfyre Nexus Venture-2. He is smaller than a usual bey. Bashara, being a swordsman, accepts the challenge of the battle. His Bey is Demise Spellscraper Metal Fusion 2B.

At BC Sol, Valt Aoi is fighting with other members when they notice something happening on the Beytube. Elsewhere, Lui Shirosagi is also watching. After launch, Belfyre takes numerous hits, but due to his low center of gravity, he does not slow down. As Spellscraper begins to lose stamina, Bel attacks with Destruction Wrecker to blow up his opponent. Free De La Hoya wonders if this is a new generation of Beys, while Lui is intrigued with the new blader.