No plastic cups scattered on the floor or chemical capsules as portable toilets. At Noches del Botánico, the festival held throughout June and July in Madrid, non-organic waste has been eliminated as much as possible. In addition, the water emanates from the fountains distributed throughout this natural space located in the heart of Ciudad Universitaria, without the need to buy (and throw away) the bottles that go down at a good pace in these days of Saharan temperatures.

Details that could go unnoticed by a public more interested in music and that, however, randomly slip into bar conversations.

“Have you seen that everything is ecological and reusable?” a girl asks her partner.

“Yes, even the dishes,” he replies as he liquidates his food, also advertised as organic.

This banal dialogue reflects an unmistakable trend: festivals add to sustainability. Both those celebrated in nature, which implicitly embrace this mandate, and urban ones, which consider new parameters to join this wave of respect for the environment. 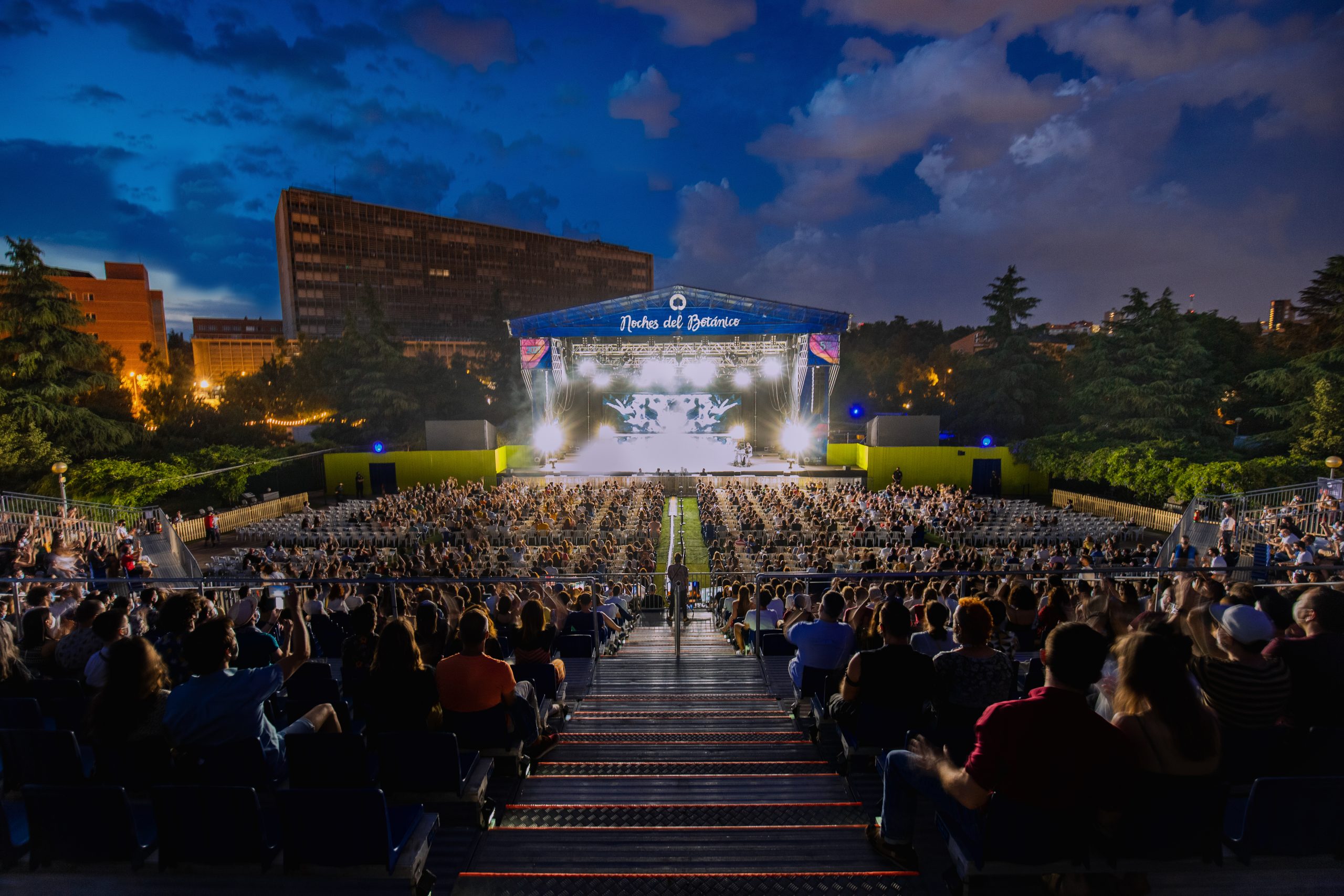 “Right now, the programs are no longer everything,” he says about it Julio Marti, artistic director of Noches del Botánico. According to the person in charge, the current moment demands other actions, beyond the merely artistic. “Sustainability is imposed and implies taking measures to minimize the carbon footprint or assess environmental quality. In our case, that we are in a garden, the obligation is greater », he argues. 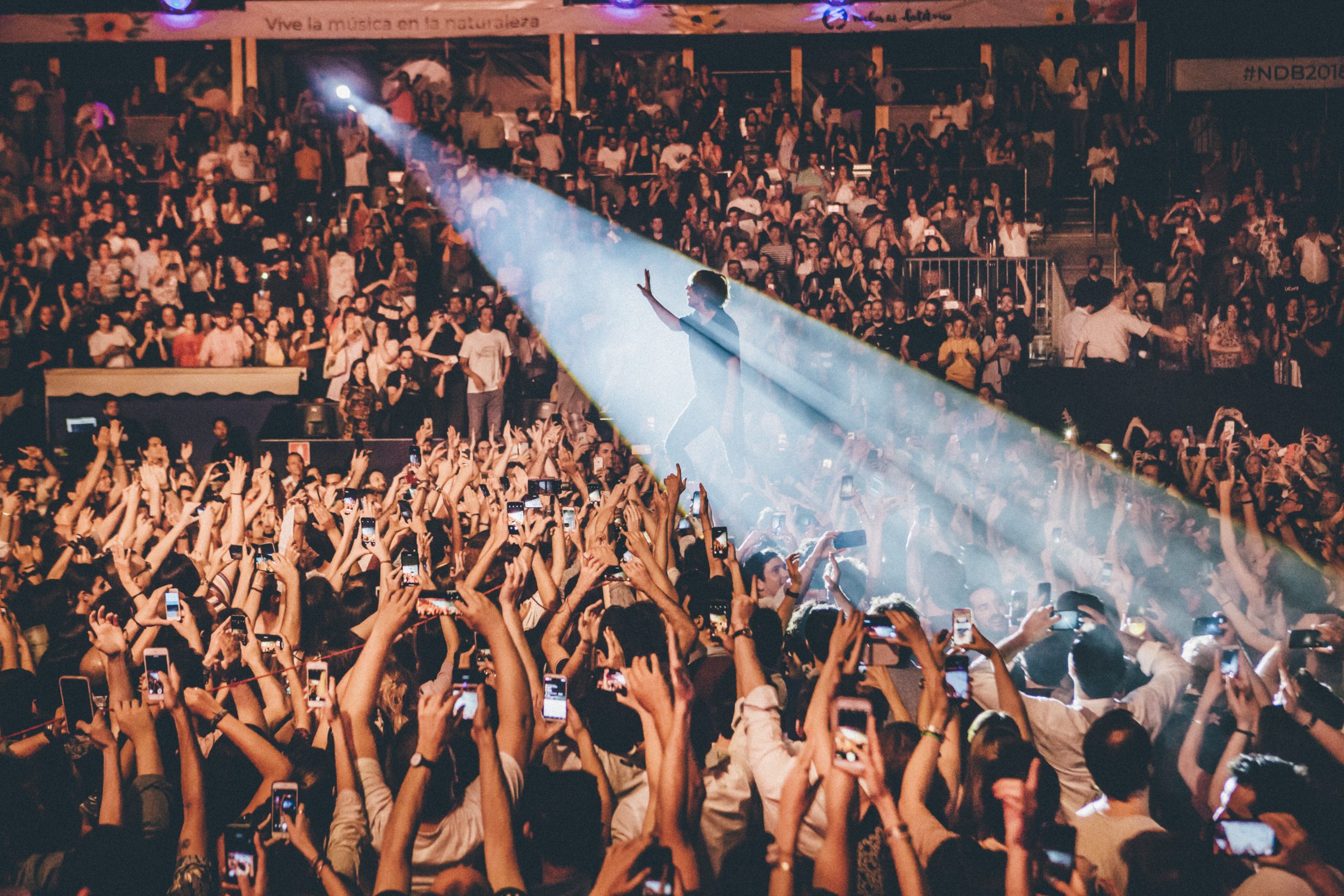 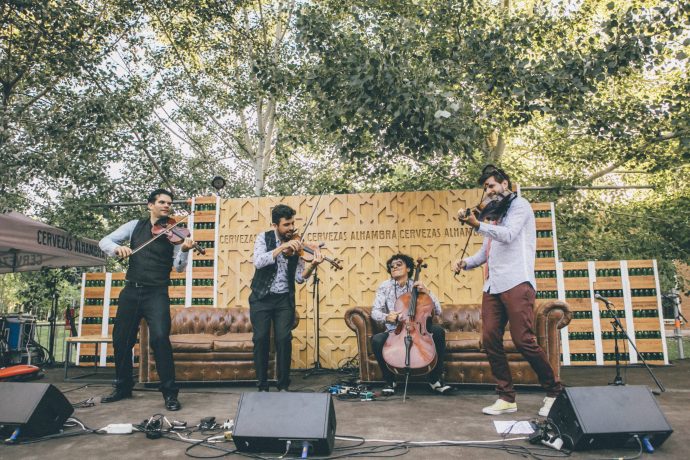 Martí exposes this turn with those details mentioned at the beginning: «We have eliminated fossil energy from the generators. We no longer use the gasoline ones, we only have one in reserve, just in case. We have changed all plastic containers for biodegradable ones. And we recommend using public transport, since we are in an area with good communication », he lists, clarifying that « it is a long-distance road »: « It has been something progressive, but we want to comply with and lead this trend ».

Other central points of this transformation are those related to noise and light pollution. Noches del Botánico, explains Martí, has the advantage of being located in the middle of an isolated campus and not causing too much damage in this regard. “We are very lucky because there are no neighbors. It is very intimate and respectful, although we also look at those aspects », he alleges.

MUSIC AND SUSTAINABILITY IN THE PYRENEES

The same does not happen with other examples whose dynamics notably alter the surrounding space, such as the South Pyrenees, in Huesca. This festival is celebrated in the middle of a lake that belongs to the municipality of Lanuza, in the Aragonese Pyrenees. Its stage floats on the water and a stand on dry land brings together up to 45,000 spectators.

During the concert days, which in 2022 will be from July 15 to August 6, this town and the adjoining Sallent de Gállego multiply their population and their hustle and bustle. These charming corners to practice mountain sports become a set that houses food stalls, DJ sessions and a camping area. And that in turn increases the commitment to the place. 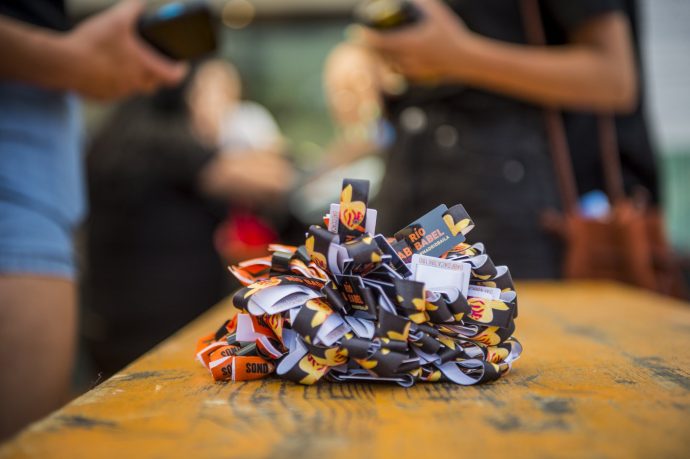 Robert Recuero, the director, makes it clear: «In our case, sustainability is everything. And we talk about the truth, not about what is beautiful ». Recuero, with more than a decade organizing festivals with the production company Sonde3 and a long history in the sector, points out that all the measures are agreed upon with the Huesca Provincial Council. “The contract itself already includes clauses and we try to improve them every year,” he warns. As in the case of Noches del Botánico, this task has been adopting small changes such as modifying the packaging material or switching to clean energy.

«We are working with the elimination of water bottles on stage, because it is difficult not to have them for the musicians and technicians. We are thinking of having them in Tetra Brik or in aluminum cans. The bathrooms are chlorine. And we have reduced fuel, both for electricity and for transport: we have put a shuttle to Huesca. And we are looking at how to reduce light and noise pollution so that it affects the fauna as little as possible, ”says Recuero, who starts with the advantage that in the South Pyrenees people do not go out for a bottle, but to enjoy nature, “And all the waste they generate is that of the festival itself, because you can’t enter with anything.” 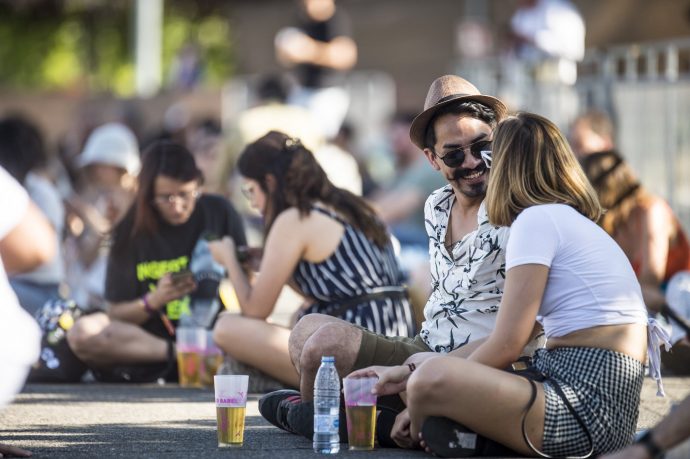 For Recuero, sustainability is like gender parity: it must be fulfilled by belief, not by imposition. It is not worth, he maintains, “making numbers or putting it face to face with the gallery”, but rather carrying it in the blood. “You have to be frank: sustainability, until now, has been a scam. Some things have been done, but there is no institutional support. Everything has revolved around digitization, but not in the environmental aspect. And this does not consist in making a profit or appearing respectful, but in placing it as something central », protests who tries to expand this philosophy to other festivals that he manages, such as the Río Babel in Madrid or the SanSan in Benicàssim. 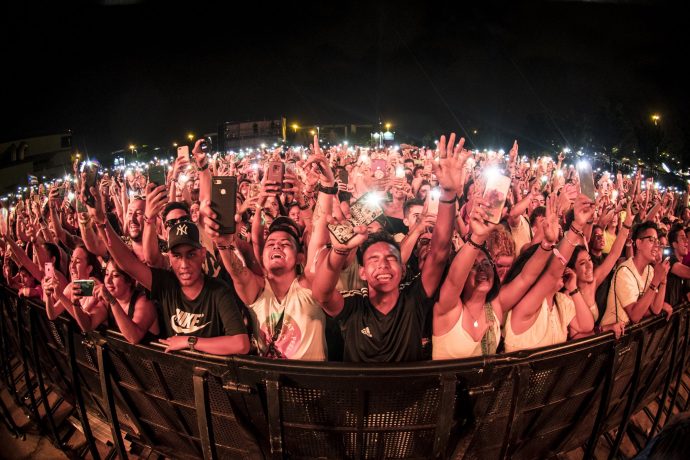 The theory, in fact, is already collected in the Association of Music Festivals (FMA). This organization adopts sustainability in its statutes and frames it in the execution of the Sustainable Development Goals set by the United Nations in its 2030 agenda. According to the report prepared, cultural activities invoice 643,000 million euros and account for 4.4% of the Gross Domestic Product (GDP) of the European Union. Within this general calculation, these multi-day meetings where art, gastronomy or even tourism are mixed play an important role. In a few years, they argue, music festivals “have established themselves as one of the most relevant agents” in the sector and, therefore, their impact is increasing. And that urges us to identify each element and analyze it to eliminate the negative.

A SUSTAINABLE FESTIVAL IN EL BIERZO

“Sustainability, in a context of festivals, is being aware of the impact that an event like this can cause and having a comprehensive look at all its components,” he says. louis zari, director of the Observatory, which is held between July 1 and 3 in Balboa, a town in El Bierzo, in León. Its managers not only study each tab of the festival, but also add a scrupulous environmental policy to the project.

“We want to implement measures in stages, according to resources and consistency. The first thing is to have a diagnosis of the impact. It is what you always have to start from. Depending on that, we are going to be able to trace the different lines of work in the short, medium and long term”, adds Zari, who insists on the recentness of this movement and on the need to work “with an information base”.

“I think it is key not to want to aim high at the beginning but to go little by little, in a staggered way,” he ponders. “It is important to have a framework and strategic lines, but it is also important to be aware of the reality of each festival.” 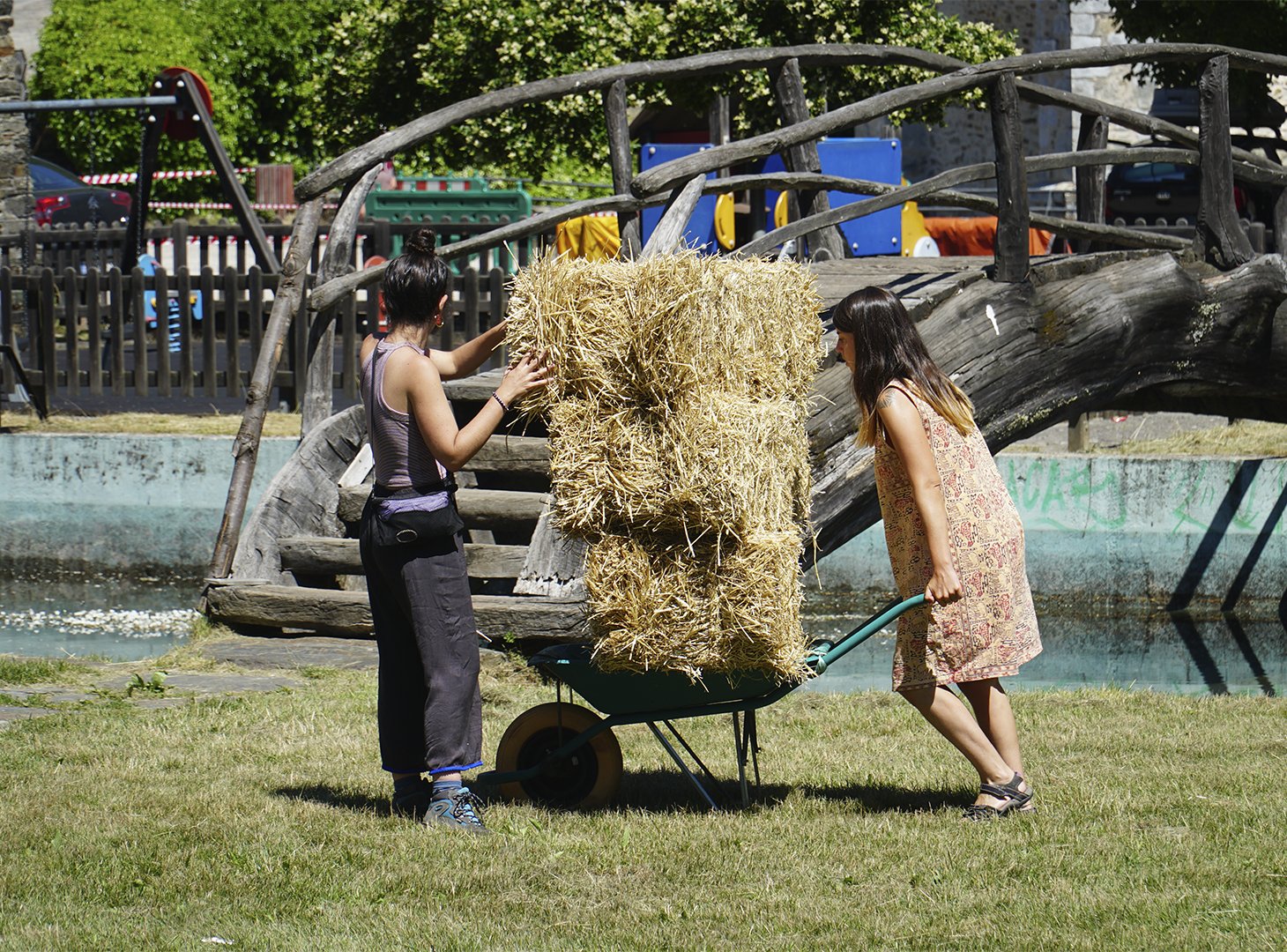 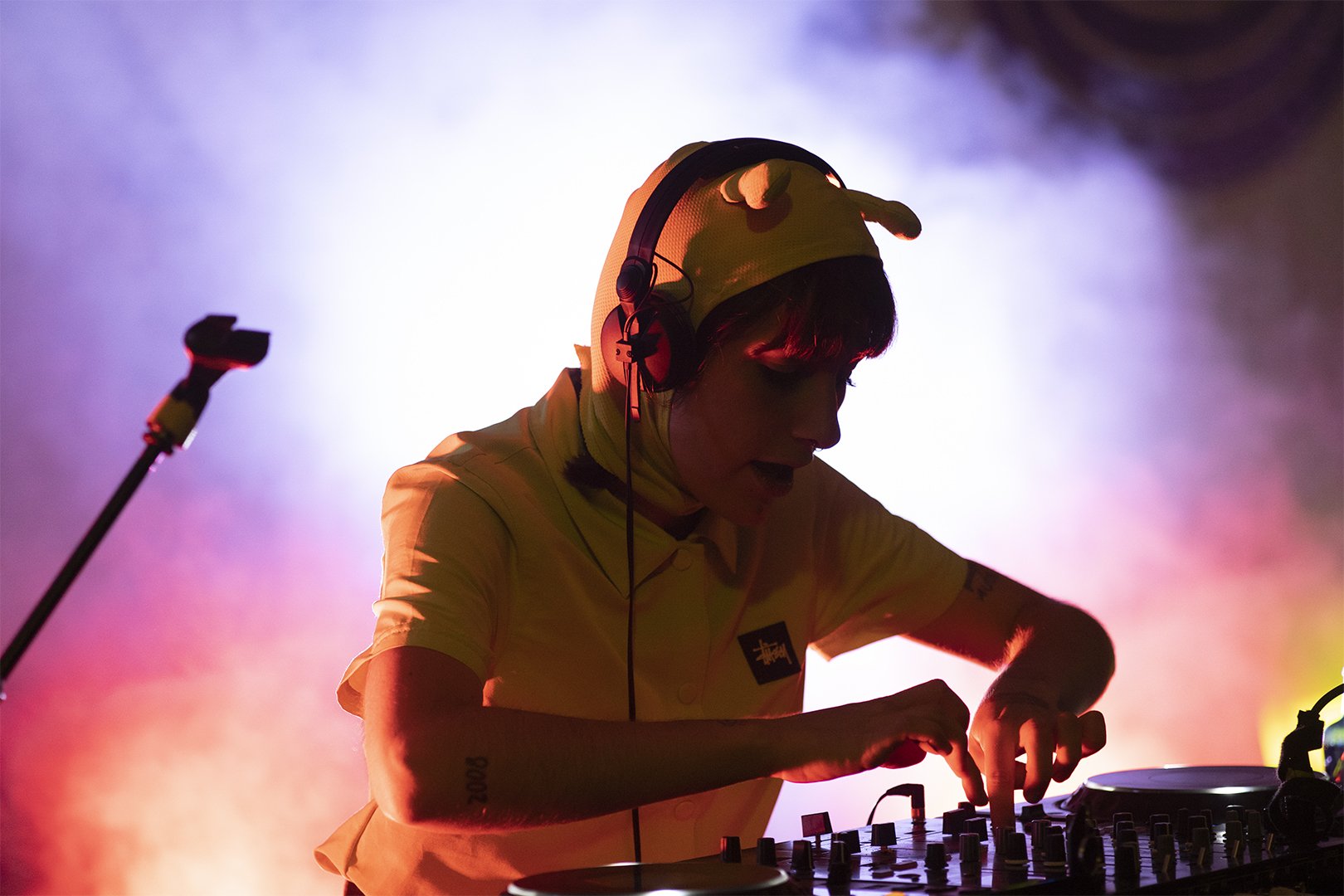 There are two main obstacles, Zari warns. One is “not looking at the specific things” that can be done and get lost in the ethereal. “The biggest challenge is to have a holistic view,” he notes. The second, the lack of subsidies. “It has been difficult to find specific support for this. We need the resources and the will to carry it out”, laments the director of the Observatory, convinced that, even so, sustainability is already “on the table”. It is a core aspect that, in addition, invites sponsors and attendees to be encouraged to support it. 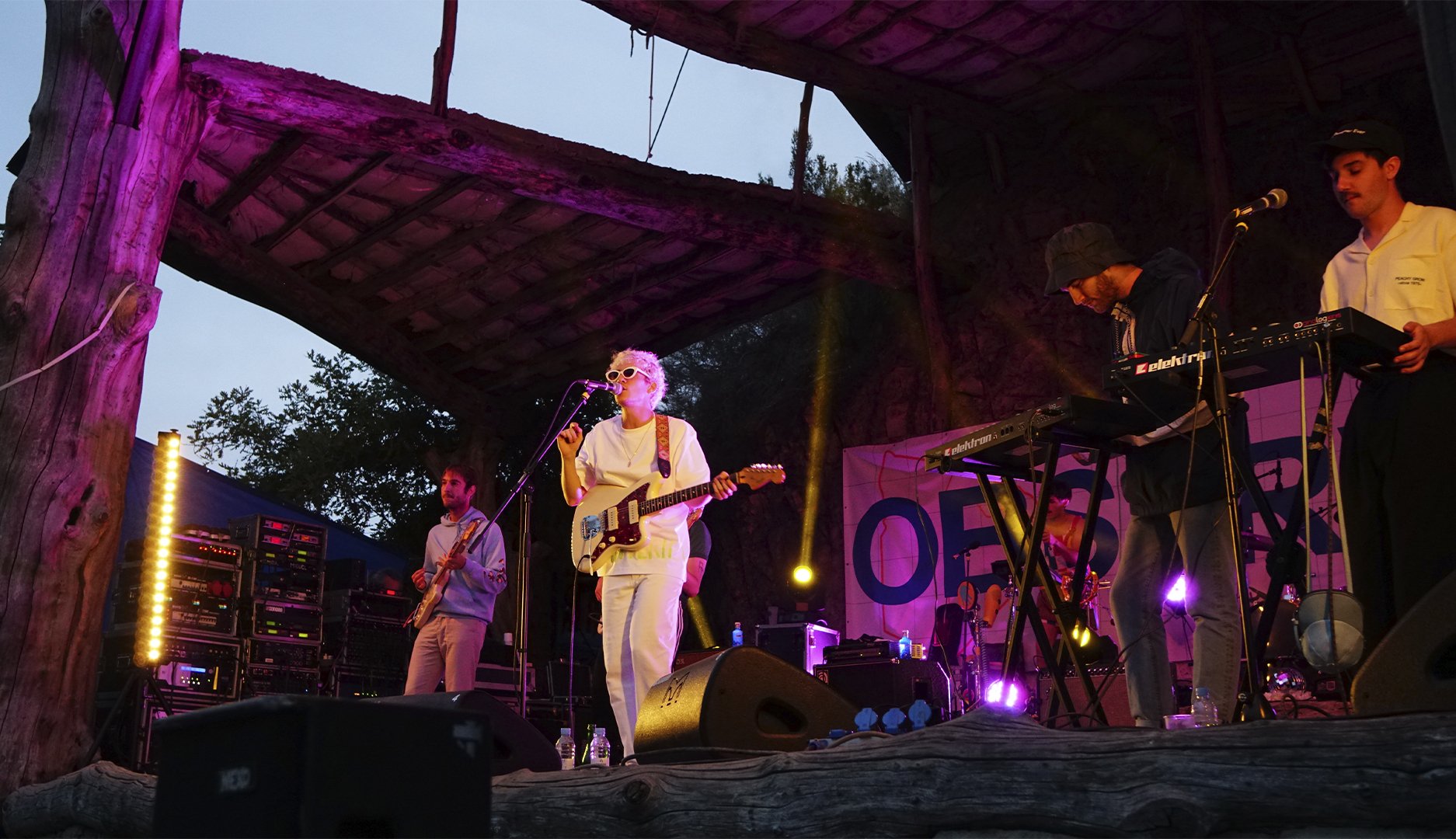 “Sustainability is an attraction. Not only for the public, but for the companies that contribute to the festival, which identify with sustainability”, agrees Julio Martí.

«Paradigms have changed and we must learn to drive in the 21st century. People no longer only choose a festival for what they are going to see, but also for how it is organized. People watch, talk and tell you”, concludes the artistic director of Las Noches del Botánico, perhaps aware of the spontaneous conversations that arise at the bar or in the toilet queue, now installed without contaminating agents.