It is a Japanese anime television series. 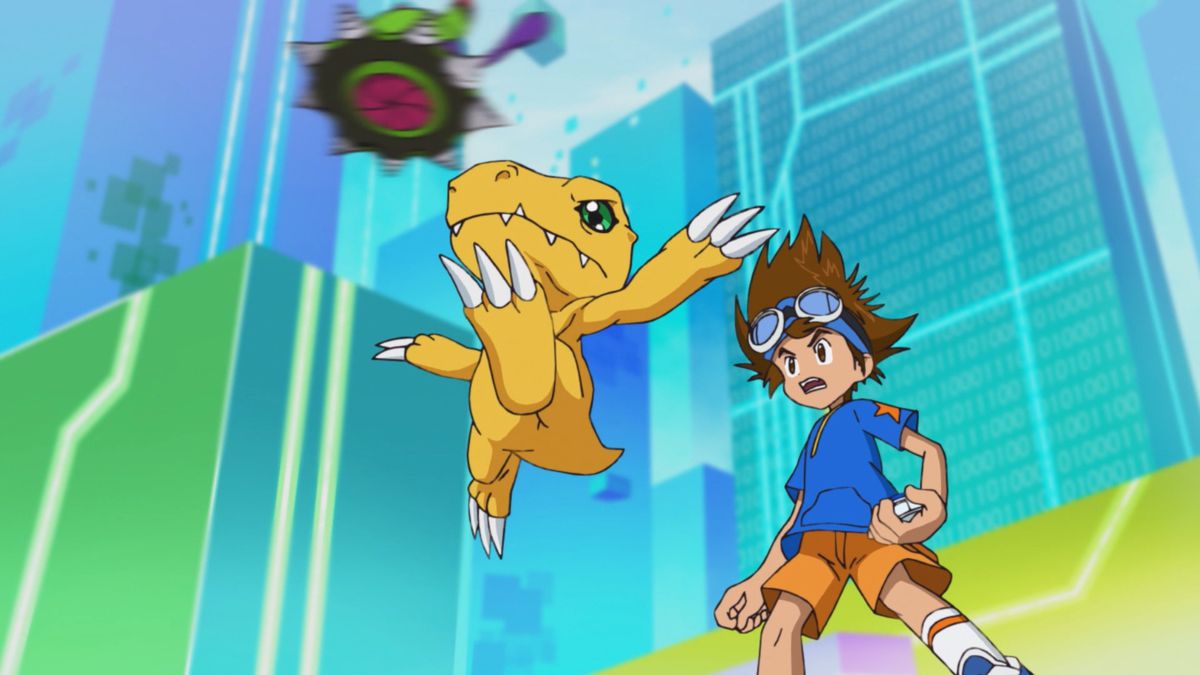 In the evening, the Executioner can be seen hiding in the dark. Hiro goes home with Gamamon and wakes up thinking that the Executioner will come. Hiro realizes that Bakumon told them how the Executioner goes after Digimon immediately. Kiyoshiro shouts at Gamamon for licking his computer and asks whether Gamamon is hungry. Hiro wonders that the Executioner would target Gamamon. Kiyoshiro becomes scared after seeing that video and thinks it is quite dangerous. He knows that if the Executioner comes, he will be around because he always wants to be near Hiro. They think that Jelymon might be in danger because she wishes to go out alone. Ruru and Backmon both work on a computer and discuss the transparent shield SWAT teams have and wish to buy some.

It will be released on 16 January 2022. You can watch it on Funimation & Crunchyroll.