Queen Elizabeth II of England was one of the best known characters worldwide, this for her more than 70 years of reign in England.

If you want to know more about the life and legacy of this character of the monarchy, today we tell you what are the documentaries, series and films about Queen Elizabeth II that you can see in Guatemala.

Documentaries, series and movies about Queen Elizabeth II that you can see in Guatemala

On the Netflix platform you can watch the four seasons of this series, in which the entire personal and public life of the queen is narrated, from her wedding with the prince of edinburgh in 1947. The Crown was starred by Claire Foy, Olivia Coleman and Imelda Stauttonall in the role of the queen.

This is a comic series that is inspired by the life of the queen of england and the rest of the royal family before the media exposure. The Windsors is available in Netflixand it is a fictional story starring Harry Enfield, Haydn Gwnyee and Hugh Skinner.

Description of the photo for the visually impaired: Protagonists of the series The Windsors. (Credits: Formulatv.).

Winner of the Oscar Award in 2010this film focuses in particular on Queen Elizabeth II and the Challenges of Duke George of York. In the film you can see a part of the queen’s youthful stage and what the family environment was like in the face of the social pressures of the time. The King’s Speech is available on the HBO Max platform.

The Royal House of Windsor

This documentary miniseries provides important information about the life of the Queen of England. The Royal House of Windsor will be on Netflix until September 29 and has expert statements and personal close to the Windsors. 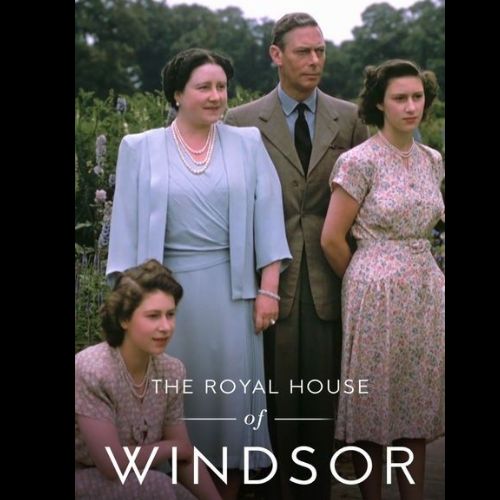 Description of the photo for the visually impaired: Old image of Queen Elizabeth with her parents and sister. (Credits: Pinterest).

This documentary is available on YouTube and was a DW Documentary premiere in April 2022. The report narrates what the weekly meetings that the queen maintained with her prime ministers, starting with her great friend, Winston Churchill.

This documentary is available on YouTube and is a 1998 production. The program chronicles the life of the queen, from her childhood to the 1990s.