It’s just about a children’s story, one of many. But to create it, two great storytellers have come together. On the one hand, Miguel López, better known as El Hematocritic, author of numerous children’s books, such as Feliz Feroz (which is quite a phenomenon in China), Mi hermono or Max Burbuja. On the other, Paco Roca, a consecrated cartoonist who, among others, has won the National Comic Award with his impeccable Wrinkles, a graphic novel that deals with a subject as hard as Alzheimer’s. He is also the author of The Treasure of the Black Swan, on which Alejandro Amenábar’s miniseries La fortuna is based.

The work of both has crossed our borders and has been translated into several languages. Those of us who follow them from those first stories of a man in pajamas (in the case of the second) or from those alternative and hilarious titles of works of art (in the case of the first) know what they are capable of, and for that reason they charge more Value this simple children’s story.

“Don Problems” or “Doña Problems” were nicknames that those who complained a lot earned years ago. In the fiction devised by The Hematocritic and illustrated by Paco Roca, the character does not accumulate problems, but rather solves them.

Doña Problems (Anaya, 2022) talks about the different ways that humans have to deal with inconveniences on a day-to-day basis. Lying, seeking help, negotiating, being kind, being brave, asking for forgiveness… A range of options that, in essence, exist without much difference in the world of children and adults.

Miguel López, El hematocrítico: «Surprise and humor are wonderful lubricants for any type of teaching

The story begins in a schoolyard. Let’s remember that the author is an Infant and Primary teacher, so he knows those arenas well.

You have a lot of experience in recreation. How are children’s problems similar to those of adults?

Miguel López, El Hematocritic: They are alike in almost everything, with one difference. We have more tools to solve them than the kids. Their brain has not fully developed and the control of emotions (among other things) is not fine-tuned, that is why there are things that are difficult for them to manage and we are surprised.

How do you find the right tone to speak to children, both in your children’s stories and in real life, so that they don’t err on the side of simplicity but also don’t address concepts that are too complex for them?

The truth is that I do not know. After twenty years at the school I think I have suffered linguistic immersion and have been immersed in their own language. I like to write for them and adapt to the different ages in tone.

The theme of bullying appears in the book. What do you think is the best approach to talk about it to children?

No hot cloths, no hiding anything. Bullying hurts a lot of people, especially those who suffer from it. It is a problem that must be located immediately and tackled as soon as possible. Schools must control well so that they do not escape them because the case that seems the smallest is a nightmare for those who suffer from it and no one should go to school to suffer.

What role does creativity play in conflict resolution?

Quite. Surprise and humor are wonderful lubricants for any type of teaching. An attractive proposal makes everything more appealing.

How did the collaboration with Paco Roca come about?

I love how it works, of course. He strikes me as a monumental figure. I was wondering how I would work in children’s. I told a mutual friend, Álvaro Pons, that I would love to work with him and he acted as Celestino for us.

What do you think his illustrations bring to the story? Did you imagine Carlota like this?

His illustrations bring… beauty, wonder. They are beautiful.

I don’t have a visual imagination. It’s hard for me to imagine what my characters look like. Carlota is exactly how I like her to be, an amazing character.

What characteristic of Roca’s work catches your attention the most?

The humanity of his characters, the meticulousness of everything. To read a work by Paco is to get lost in it looking at each suit, each gaze.

Do you think that if we focused on helping others solve their problems, “the world would definitely be a happier place”?

Well, absolutely. The book conveys my philosophy of life that you have to try to make the people around you happier. Treat people well to live better for everyone. 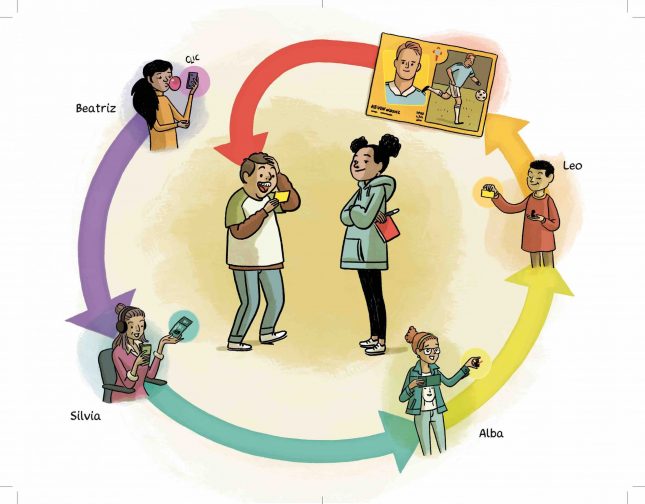 Paco Roca: “I’ve always wanted to illustrate a story for my two daughters”

As for Roca, it is the first children’s book that he has illustrated in a long time and the only one since its international success.

The characters are not physically described in the story. Did the author give you any indication as to what they should look like, or is their look homegrown? If it is the latter, what led you to imagine Doña Problems precisely like that?

Paco Roca: The truth is that Miguel gave me absolute freedom for everything that was not explained in the text.

When I pick up my daughters from school I realize the diversity that exists now. When drawing I try to be aware of that diversity. And it seemed to me that Mrs. Problems could be like that, like one of my daughters’ friends.

Do you use the same light treatment, background complexity, realism, etc. in comics for adults or children, or just as it happens with language, images are also simplified or undergo some other modification in the case of children’s?

Each story inevitably calls for a certain graphic. Although I already have a defined style and it’s hard for me to get out of it, you try to adapt it to what the story asks of you. In this case I simplified the drawing and took it towards a less realistic style than I usually use in my comics. 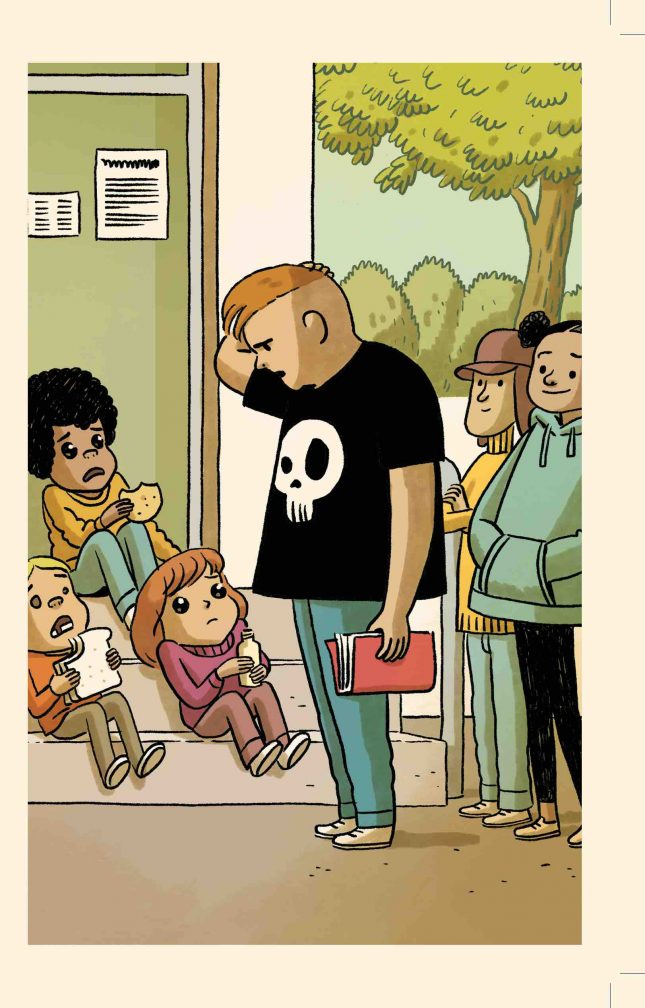 You have written and drawn stories for adults that have enjoyed great international success and that also deal with serious and important issues. What does illustrating a simple children’s story give you?

As I said, I have two little girls and I read a lot of children’s stories to them at night. I had always wanted to illustrate one for them, and this has been an opportunity to do so. Together we read Miguel’s story, we thought about what the characters and drawings could be like… It’s been a lot of fun.

What did you like most about the story devised by Miguel?

I read many children’s stories and many of them seem outdated or very silly. Miguel’s, however, seemed to me to reflect very well the spirit of boys and girls of that age, their way of speaking, the references they use, their sense of humor… I thought it was a very fresh story that hooked young readers. . 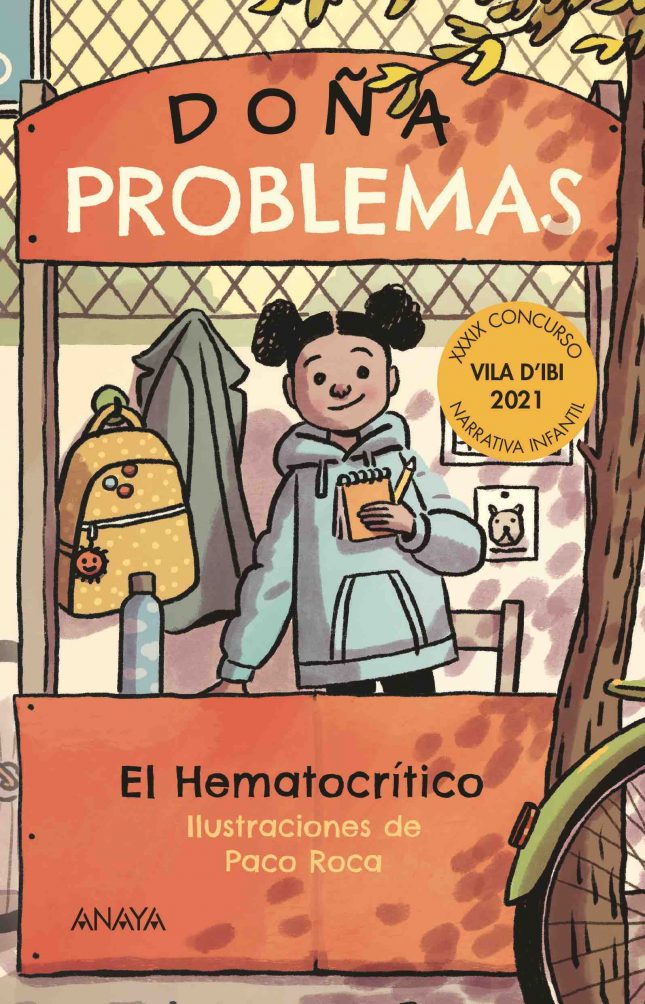 Can you talk about any other project you have in hand? What topics would you like to draw on in the future?

Now I’m working on a new comic. Again deals with the issue of recent memory in Spain. In my opinion, it is not surprising that we authors are interested in recent traumas. Countries like France, Italy, Germany, USA, Argentina, Chile, Serbia, Russia… look back trying to understand their past and learn from it. It is an exciting subject and when you get into it you find many stories that you think should be told.

Do you miss some themes in current illustrated children’s literature?

Everything works by fashions, it is inevitable. When I was a child I was passionate about all those stories of adventurers who traveled to places that seemed exotic to me: Jules Verne, Emilio Salgari, Stevenson… The world has already become a small place, without holes in the maps, without mystery and globalized.

This simple story won the XXXIX Vila d’Ibi Children’s Narrative Contest, convened by the Ibi City Council in collaboration with Anaya. It is a small sample of two masters from their respective fields that is worth looking at. Among its pages, a single idea, as simple as it is important, applicable to all areas and all people: if we simply focused on helping others, the world would be a slightly happier place.