Edwin Bernal it’s a Guatemalan actor who triumphs in the United States with his plays and his participation in renowned film projects. What a chili! The talent of the chapines continues to cross borders.

He was born in Peten and for several years he lives in Washington DC where he has been working in the artistic environment for more than 10 years, mostly in the theater.

Edwin Bernal, the Guatemalan actor who triumphs in theaters in the United States

Edwin Bernal was born on May 1 in Guatemala, his passion for the stage has led him to be highlighted by several international media and to be recognized in the world of theater. What a chili! Also hHe has ventured as a producer, director and to participate in television commercials.

Description of the photo for visually impaired people: Man with black shirt poses for the photo. (Credits: Courtesy Edwin Bernal)

Between the works in which he has participated is it so:

The farmhand book, 2022 This is not a soap opera, a novel that was broadcast on social networks. Separate is never equal Mastercard Dealership (TV commercial) Damned Foggot Cliché in 2021 Reflection of the memoria, 2021 Artists from home program in 2020 Walking without thinking in 2019 Actor and director of Dating on Messenger, a web short series The Confession Walk with Mary Chronicle of a Death Foretold Among others. 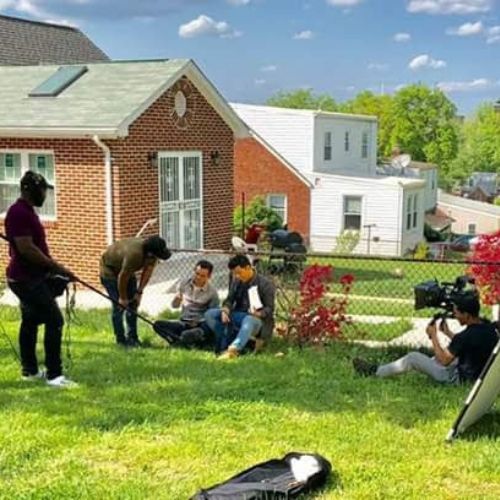 Guatemalan was named artist of the year in 2016

In 2016 the Guatemalan was named artist of the year by the Washington Hispanic newspaper. He has also been named best actor in a monologue by the ATI Awards in New York in 2019, best actor for his participation in The Scaffold at the Miami Florida Festival.

Description of the photo for people with visual disabilities: Actor during a participation and in the background a United States flag. (Credits: Courtesy Edwin Bernal)

He has been featured in several local media thanks to his work. If you want to know more about him, follow him on his social networks or those of his Chile Papaya Tv project.