In a exclusive interview for Guatemala.com, the representative of Guatemala in The Academy 2022, Nelson Carreras, He told us about his beginnings in singing, his experience in this Mexican reality show and sent a message of hope for all Guatemalans.

This was the talk we had with this Guatemalan who shone internationally for his talent, charisma and big heart. #PrideGT

Exclusive interview with Nelson Carreras: “As a Guatemalan you always want to put the name of your country on high”

How did your love for music start?

It started when I was very young, I remember that my sister loved musical works, like the Phantom of the Opera, the song from the Titanic, so she spent all her time singing in the bathroom and I listened to her.

One day she started pulling me and we started doing duets with songs that she liked, and I think that’s where I started to discover that what I wanted to do was sing. I still didn’t have it very clear, I still had a long way to go, because she was about six or seven years old.

Later, in second grade, I was singing for a music class activity at school, and the teacher listened to me and asked me if I wanted to join the choir, then a friend convinced me to join the choir and there started all this great journey.

What does it mean to you to be the representative of Guatemala in La Academia?

Be the representative of Guatemala in an international project as big as it is The academyit is really an honor, because as a Guatemalan you always want to put the name of your country on high, and it is very difficult, because you have to face alone a reality different from the one you are used to, to fight with people from other countries, from other cultures.

But also, it is teaching your culture. And that was what I wanted to do, put a little bit of Guatemalan culture, what I knew about it, and for people to keep that as well. Invite her to come here, let her know that there are very nice things here, very interesting and, above all, that there is a lot of talent here that has not been discovered.

For me having this platform to promote our country is something super important and super fundamental, and I hope that the next generations of The Academy and other programs where we are invited, the people who represent us do the same.

What did you like the most about being at the Academy?

What I liked the most about being at La Academia were the classes. I loved all the classes, imagine being with those great professionals of dance, singing, music, and having them in front of you, sitting with you, giving you tips, giving you classes, teaching you the things you need to improve, that’s incredible.

And, also, having the opportunity to generate that empathy and that love with the public that is watching you and that supports you, is an impressive thing. None of us inside the house could measure how strong it was, but I think that love is what I value the most and what I loved the most about the experience. 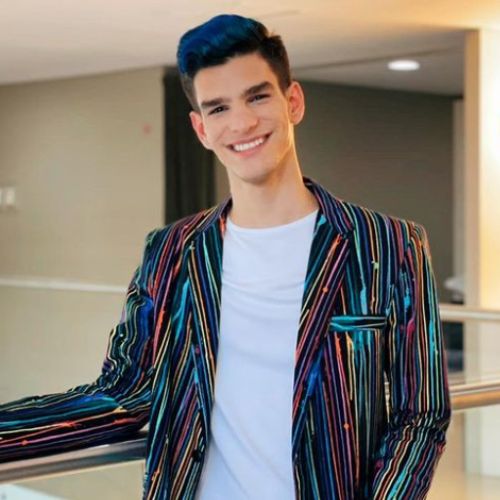 Description of the photo for the visually impaired: Nelson Carreras wearing a white shirt and a black suit with colored lines. (Credits: Instagram Nelson Carreras).

What was the biggest challenge within La Academia?

The biggest challenge during my stay at La Academia was confidence and self-criticism. I had a very strong self-criticism with myself. I still have it but we are already working a little more on that. So my problem was that I felt I was doing everything wrong and that made me feel bad. Until I understood that yes, you have to be self-critical but not self-destructive, which are two very different things. Then I could begin to shine and feel myself as that light that I have always felt.

What motivated you to keep going?

What moved me the most to continue despite the negative criticism, despite the teachers’ comments and even my self-criticism, was my country. I knew that I was the only person of the generation that was representing Guatemala.

If I gave up, if I fell, Guatemala would no longer have a representation, and my goal was to reach the final so that our culture would be known until the end of the project.

What do you think of the signs of affection that people have given you?

When I arrived at the airport I was very surprised, people pulled me, asked me for photos, asked me for hugs, and I was super happy because it meant that the work I had done inside the house, inside the forum, had been fulfilled in the right way. . 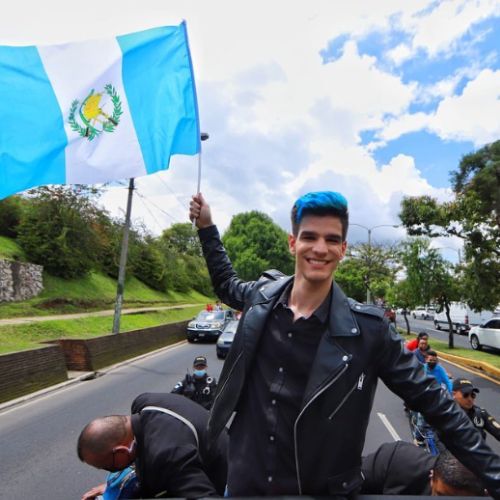 But everything broke when I was in the Erick Barrondo, and I went into that dome and saw all those people shouting, with green signs, with green clothes, with little frog ears… that was a dream come true. I never imagined how quickly I would see this dream come true. I am eternally grateful to my people in Guatemala.

Nelson Carreras shares his experience at La Academia to motivate and empower other Guatemalans to also fight for their dreams, despite fear and difficult circumstances. “I saw the Academy casting and I was scared to death, but I said, either I’m scared to death or I’ll try, and that changed my reality,” he concluded.