What a chili! Guatemalan singer-songwriter and producer Gaby Moreno presented the children’s disc which he composed and produced, entitled neon zone, As part of his work as UNICEF Ambassador.

With writing by Isabella Elizondo, we tell you the details of this presentation that took place in Zone 10 of Guatemala City, in May 2022.

As UNICEF’s National Goodwill Ambassador, the singer-songwriter wrote and produced an album by and for Guatemalan children, through which she seeks to support the growth and development of children. The songs were performed by the children’s musical group Zona Neón.

Description of the photo for people with visual disabilities: Gaby Moreno appears with a microphone in her hand in the company of girls. (Credits: Guatemala.com)

Gaby Moreno stressed that the idea of ​​contributing to children through music gives her great joy. Therefore, he hopes that the songs will reach all children and their families, as they address positive issues for better growth.

Zona Neón is made up of 10 songs that cover issues related to children’s rights, good nutrition and caring for the environment.

The album will be distributed to more than 12,000 boys and girls under the age of four. Unicef ​​thanked Gaby for her commitment to the country’s children, since music is a means that helps children express themselves, socialize and their education. 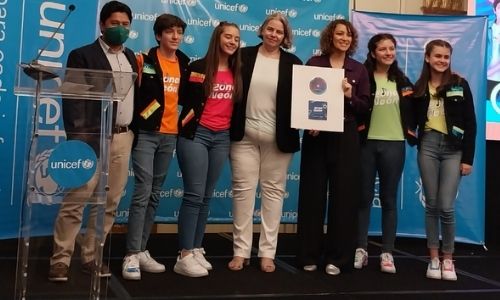 Description of the photo for people with visual disabilities: It is the presentation of the children’s album Zona Neón. (Credits: Guatemala.com)

Guatemalan childhood and youth in the Zona Neón album

The album features the participation of Guatemalan children, including Yahaira Tubac, on piano; Pedro Tubac, in the violin and the students of the Degree in Composition and Musical Production of the University of the Valley of Guatemala.

Gaby explained that it was very nice to work with different generations and that it reminded her of her childhood, when she started singing. Also, her nostalgia inspired her to add a couple of songs that she used to sing in her childhood. 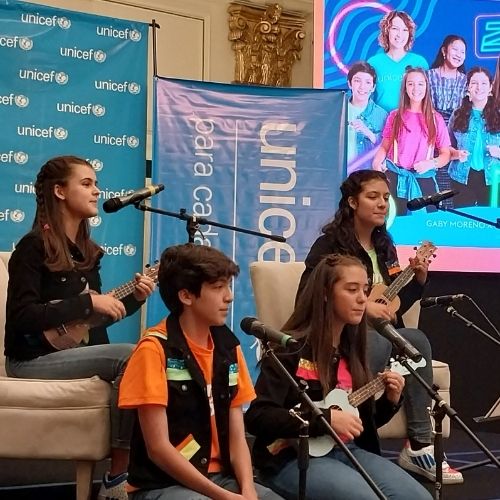 Description of the photo for people with visual disabilities: Children sing in the presentation of the children’s album Zona Neón. (Credits: Guatemala.com)

Where can the album be heard?

As of June 15 you will be able to listen to Zona Neon on any digital platform for free. Also, the album will be delivered to all Community Centers for Comprehensive Child Development (CECODII) in the country.

Applause for the Guatemalan talent that contributes to the country’s children!