George Rossi is also mentioned in an interview with Philip Whitchurch (Strike’s John Sasso) in this episode of “The Bill Podcast.” In it he talks about how he broke his leg when they were filming the scene where he is shot.

The Bill actor George Rossi dies aged 60, The actor who played PC Phil Bellamy in ITV1’s police drama The Bill has died aged 60 after a short battle with cancer.

RELATED POST: MP For Birmingham, Jack Dromey, Dies Suddenly After A Heart Attack At The Age Of 73. 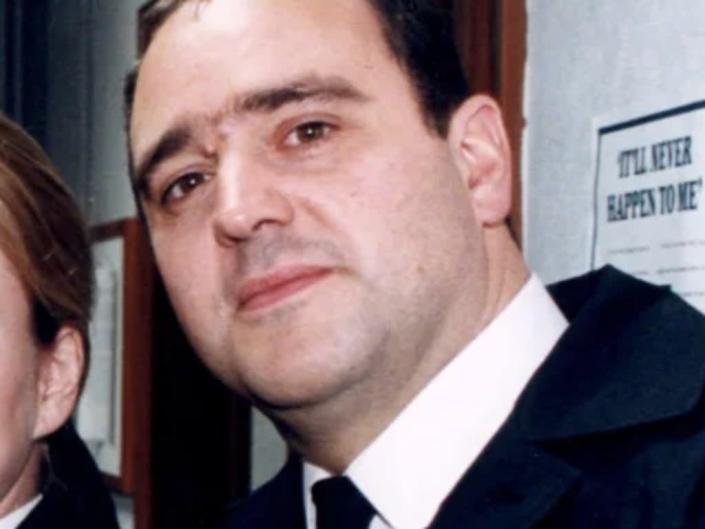 George Rossi had been treated for a brain tumor which was discovered during tests following a fall at home in which he broke his leg. Doctors confirmed the tumour was cancerous after tests at Northwick Park Hospital, Middlesex.

Rossi’s wife Nicola and children were by his side when he died on Monday night (June 23) at the London Neurosciences Centre in London. He had been diagnosed with a brain tumour following tests at Queen’s hospital in Romford.

The nature of Rossi’s illness meant he was unable to work for several months, forcing him to take early retirement from his job as a police officer in Havering borough which he had carried out since the age of 18. Rossi joined The Bill as PC Phil Bellamy in 1988 and left in 1993.

He said: ‘I was one of the first coppers on The Bill, joining at its birth. I had never wanted to act but it came my way and gave me an opportunity I’d never dreamed of.’ Actor Mark Wingett, who played PC Jim Carver during Rossi’s time on the show, said: ‘He was one of the most professional artists I’ve worked with. A great sense of humour and a very lovely man.’

Actor Tim Pigott-Smith, who appeared in The Bill as Adam Carter between 1993 and 1995, said: ‘George was an absolute joy to work with. He had a natural charisma both on-screen and off.’ […]

A tribute to George is on The Bill’s website. He will be missed by us.