Goblin Slayer Season 2: About the Show 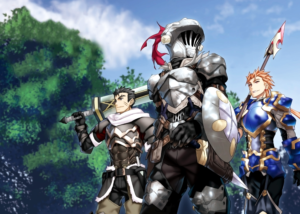 Firstly, In season 1 we see that in a world of fantasy, adventurers come from far and wide to join the Guild. They complete contracts to earn gold and glory. An inexperienced priestess joins her first adventuring party but comes into danger after her first contract involving goblins goes wrong. As the rest of her party is either wiped out or taken out of commission, she is saved by a man known as Goblin Slayer, an adventurer whose only purpose is the eradication of goblins with extreme prejudice.

Following which a band of adventurers, including a human priestess, an elf archer, a dwarf shaman, and a lizardman priest, follow a famous goblin hunter on a quest to destroy the hordes of aggressive goblins that threaten to ravage the land.

The anime series will receive a second season announced on the “GA Fes 2021” event Livestream.

The series will finally appear with a second season to be happening as the movie has been released internationally.