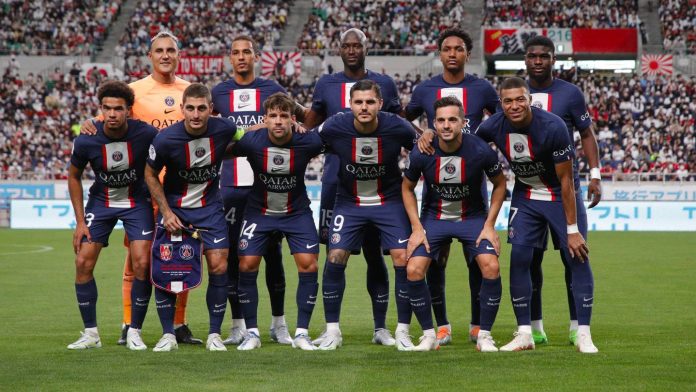 Keylor Navas showed his quality to Christophe Galtier, the new coach of Paris Saint-Germain, who lined him up as the starter in the warm-up match against Urawa Reds from Japan, while the Italian Gianluigi Donnarumma was not even on the bench.

Just at the start of the commitment after five minutes, Navas had his first major intervention. Marco Verratti wanted to adorn himself at the start and left the ball to a rival in the crescent of the area and the Costa Rican flew to avoid what could have been Urawa’s first.

Keylor Navas had three interventions that prevented the goal of the Urawa team from Japan. The Tico played 57 minutes with PSG.

It was the warning for PSG that the Japanese were going with everything and Navas’ response that with him there is security in the goal.

The French team imposed their conditions, but when Urawa was in danger, the figure of Keylor appeared, who at minute 40 denied the goal to Yoshio Koizumi, who inside the area tried a half volley and the Tico rejected. Three minutes later, Keylor stuck to the right-hand post, preventing the Japanese counterattack from ending up in the net.

Moment when Keylor Navas arrived at the Saitama stadium of the Urawa Reds. PSG won with a score of 3-0.

The first half ended with a score of 2-0 in favor of PSG. The goals were made by Pablo Sarabia at 16, after receiving a pass from Mauro Icardi and he finished off outside the area. The second was a great goal from Kylian Mbappé, who with a taquito opened from the left sector, hit the area, they returned the ball and almost without an angle beat goalkeeper Nishikawa.

In the second half and just at the beginning at 51 minutes, Keylor Navas once again increased in the goal, when a good change of front by Urawa ended with a strong shot by Bryan Linssen, but Keylor dived and deflected the corner kick.

At minute 57 Galtier began to move the bench, sent Messi and Neymar onto the field and gave the opportunity to the Spaniard Sergio Rico, who entered instead of Keylor Navas, who undoubtedly showed his worth and made it clear to those who affirm that in the first For instance, he starts as substitute goalkeeper for Gianluigi Donnarumma and he is not about to give up easily and his objective is to fight as much as he can to make his coach doubt.

The match ended 3-0, a victory for PSG, the third goal was the work of Kalimuendo, who took advantage of a surgical pass from Neymar to Nuno Mendes and swept close the pincer and sealed the win.

This was the second time that Navas has minutes in the preseason, since he played 45 minutes in the first game against Quevilly Rouen where he had practically no demands.

In the game against Kawasaki Frontale, the Tico did not appear because the strategist gave priority to Donnnarumma and Sergio Rico, however, after the match had elapsed, he mentioned that Navas would be present against Urawa Reds.

“As for Keylor Navas, it’s a matter of minutes, he will play a large part of the second match against the Urawa Reds”, said Christophe Galtier.