It is a South Korean television series which is directed by Kim Won-Yong and is also written by Lee Eun-Joo. The story shows a family whose love and life are totally messed up because of a lie.

Ok Hee sees a message on her husband’s phone in the middle of the night due to which she thinks that he is having an affair. Ok Hee is sure both Gwang Nam and Hee ok are having affairs. However, she is not aware that they are involved with each other.

Ok Hee calls Mi Ja for lunch without any specific reason behind it. Ok Hee then suddenly reveals that Gwang Nam is having an affair. When asked how is she so sure about it Ok Hee describes the scene she saw at the hotel. Although she does not know who the guy is because he was running off with a robe on his head. On the other hand, So Ri is still sad because of ‘Twist’ closing down. At the office, Yoon-Ah is very excited to tell Ha Ru that she will be accompanying him to Silicon Valley. When she sees that the inventories are still at the office she goes on to sell them at half price on the street. As So Ri comes to the office she sees Yoon-ah selling her hard find clothes and this further irritates her. 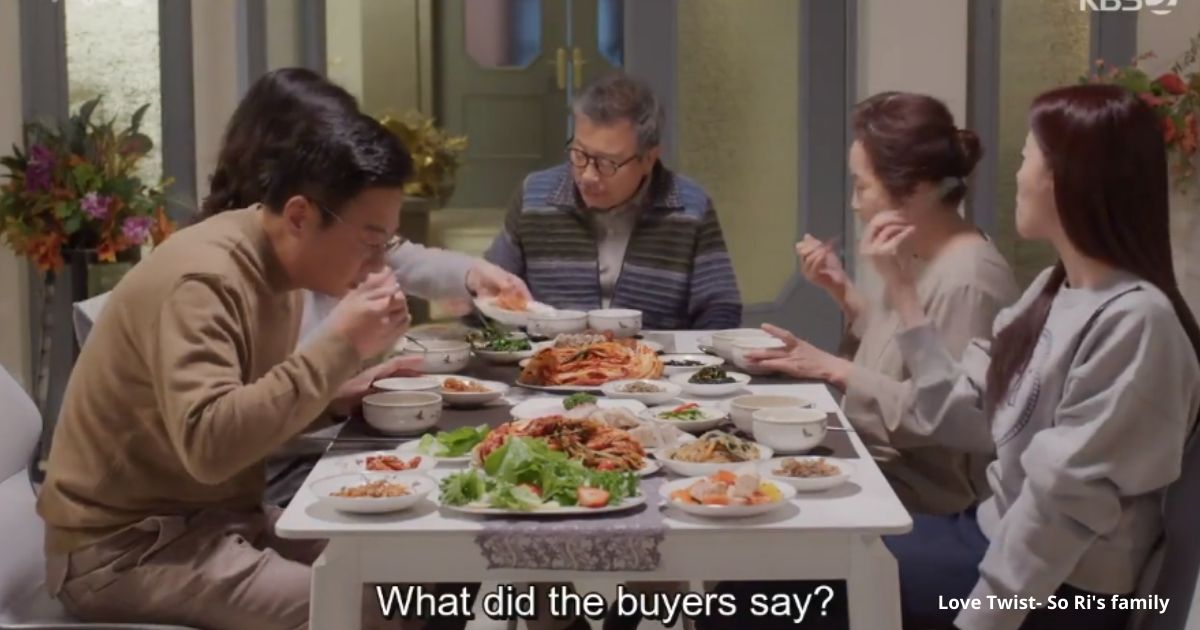 Even after being almost caught up, Gwang Nam still visits Hee Ok again at the hotel. As he enters the hotel Ok Hee calls him but he continues to lie to her saying that he is at the Seoul art center. As he is in the room with Hee Ok, he then gets a message from Mi Ja telling him that his wife is on her way to Hee Ok’s hotel to discover about the man she is dating. When Ok Hee arrives at the hotel she mistakenly enters the wrong room giving Gwang Nam time to get off with Hee Ok. In ‘Love Twist’ episode 11 Gwang Nam fights with Ha Ru about being involved with his daughter.

Ha Ru on the other hand is very stressed about his move to the U.S. Also, he is not sure if he really wishes to leave So Ri. When he finds out about Yoon-ah’s plan to leave for Silicon Valley with him he becomes irritated and asks her to stay away from him. As he is thinking over that thought, Gwang Nam comes to his house and slaps him.

-We do not recommend you to watch any show on any fake platform or website, You can watch love twist on Rakuten Viki.