Machine Gun Kelly And Megan Fox Get ENGAGED: I said yes … and then we drank each other’s blood’ 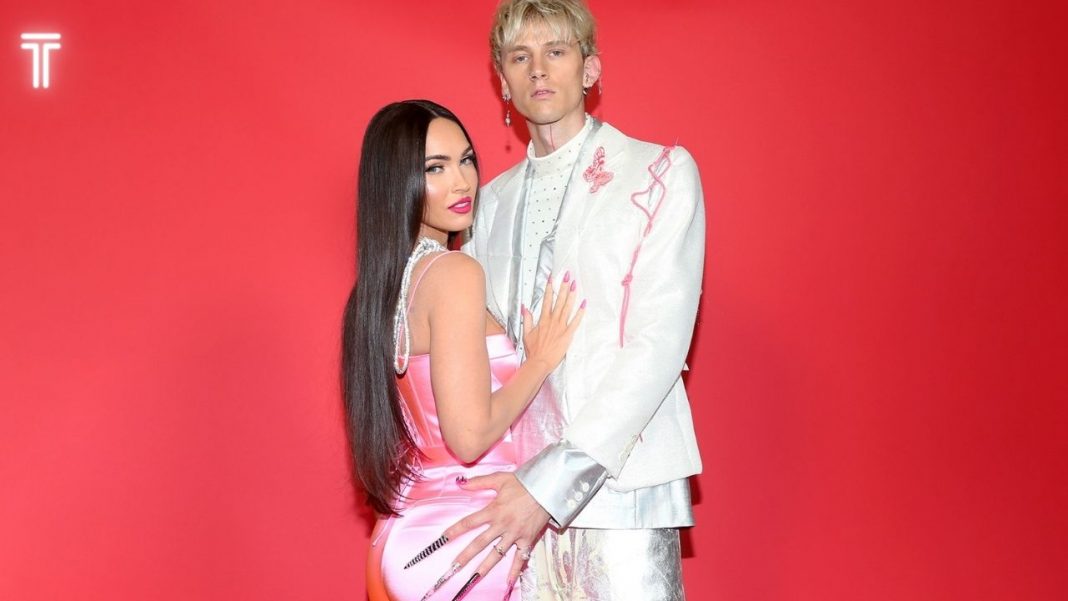 On Wednesday, Fox captioned an Instagram post announcing the engagement: “In July of 2020, we sat beneath this banyan tree and asked for magic. We were blind to the difficulties we’d face during such a short, fast period of time. Unaware of the work and sacrifices the relationship would demand from us but intoxicated off of love

The spiritual significance of the marriage was that it united two formidable creatures engaged in a battle for ultimate power. And then there were the karmic consequences. He proposed to me one year and a half later, after we’d walked through hell together and laughed more than I’ve ever imagined possible. And, just as in all of our previous lifetimes.

I asked her to marry me beneath the same trees where we fell in love, and she said yes!”

“I know that tradition says that the one ring is single, but I incorporated it with Stephen Webster to be two: an emerald (her birth stone) and a diamond (my birthstone) perched on two magnetic bands of thorns that draw together as two halves of the same soul, eventually forming our obscure heart. 1-11-

In March 2020, while filming Midnight in the Switchgrass, they met and confirmed their relationship. This will be MGK’s first marriage, and Fox’s second. Fox was married to 90210 star Brian Austin Green for 10 years, with whom she has three children.