In 2015, while he was studying the Master’s Degree in Product Design at the IED in Madrid, Jorge Penadés was proposed an exercise: start a project whose starting point was something really important to him from a cultural point of view: something that spoke of his origins, of his land, of his personal imagination. Jorge, as a native of Malaga who had lived in Jaén, with a family of cabinetmakers and was then very interested in the world of furniture, knew immediately that he would investigate olive wood and the olive oil industry.

That was the origin of Olea europaeaan investigation that analyzed the repercussions of the olive oil industry in the Mediterranean countries and that made him discover very soon, with some horror, that a small arboreal genocide had taken place in the olive groves of our country as a result of the technical progress of the almost no one knew anything.

Traditionally, the olives had been collected by beating the tree, hitting it with very long sticks to make the olives break off and fall to the ground, where they were collected. But the industrialization of cultivation and harvesting necessitated a much more orderly arrangement of the trees than the one that took place in the fields of centuries-old olive trees.

They needed to form a perfect grid so that the new machines could circulate between them and harvest their fruits automatically, quickly and efficiently. This meant that, especially during the 1980s and 1990s, the old trees that had been placed almost randomly on the farms began to be uprooted and others were planted following the new needs of the technique.

“Uprooting those trees was not an easy task,” explains Jorge. “Cranes and big tractors were needed because its roots were huge. They usually represent around 70% of the total area of ​​the tree and those were centuries old. In many cases, the root ball of the tree was the size of a car.”

The trunks of those olive trees were used in the creation of furniture, but with the roots things were different. “The lumber industry has never been interested in olive roots,” laments the designer.

«No carpenter likes to work with it because it grows in a very chaotic and twisted way, harboring earth and stones inside. This means that large clean pieces or planks cannot be removed from it and there is the possibility that the stones will destroy the blades and cause breakdowns in the machinery of the workshops. But on a technical and mechanical level, it is a material that works very well. It has very particular properties. It allows you, for example, to work with very thin thicknesses, since it is very dense; and aesthetically it has a very defined personality».

“In Andalusia, this wood has traditionally been used as firewood,” says Penadés. “The skewers of Malaga [las sardinas asadas en la playa que se pinchan en un palo]they are always cooked with olive wood, which has a particular smell and gives them a very special character».

After graduating in 2015, Jorge started his own design studio in Madrid which he named Oficina Penadés. There he began working on furniture, interior design and ephemeral architecture projects for brands and private clients. But his little obsession with olive root remained intact.

«During all these years, I have always tried to get a client interested in using this material, but it was too expensive. The difficulty of working on it and finding someone who would dare with it did the rest”, recalls Penadés. “Furthermore, as the years went by, it was increasingly difficult to find this wood, because not so many olive trees are uprooted and the items that are found have been drying for more than 20 years.” 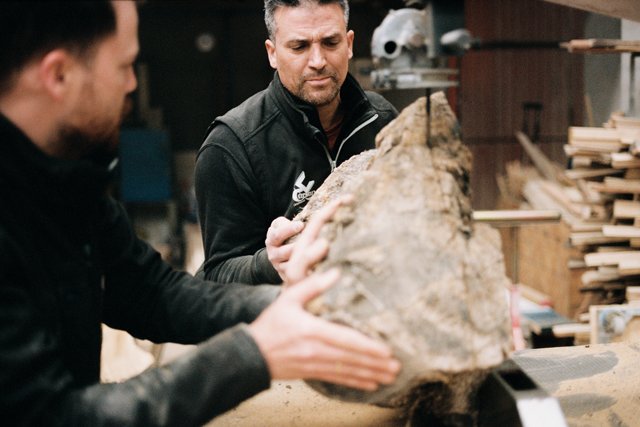 Finally, after seven years of searching for an interested party, one of his clients dared to take the step: the Mallorcan footwear brand Camper, which, through its Camper Together project, commissioned him to create an ephemeral store, although transportable and reusable , which opened a few weeks ago at Galeries Lafayette in Paris. “The time had come. Everything was aligned to make it possible”, explains Jorge Penadés. “We found the wood already cut and a carpenter willing to work it.”

A SUSTAINABLE AND REUSABLE PROJECT

The design that Penadés devised consists of an adaptable and reusable pop-up store. It is made up of a series of olive root wood stools with a dodecagonal shape that have a double function: an exhibition element where to present the footwear and a seat where to try it on. The stools are stackable so they can be transported more easily and reused in other projects or stores. 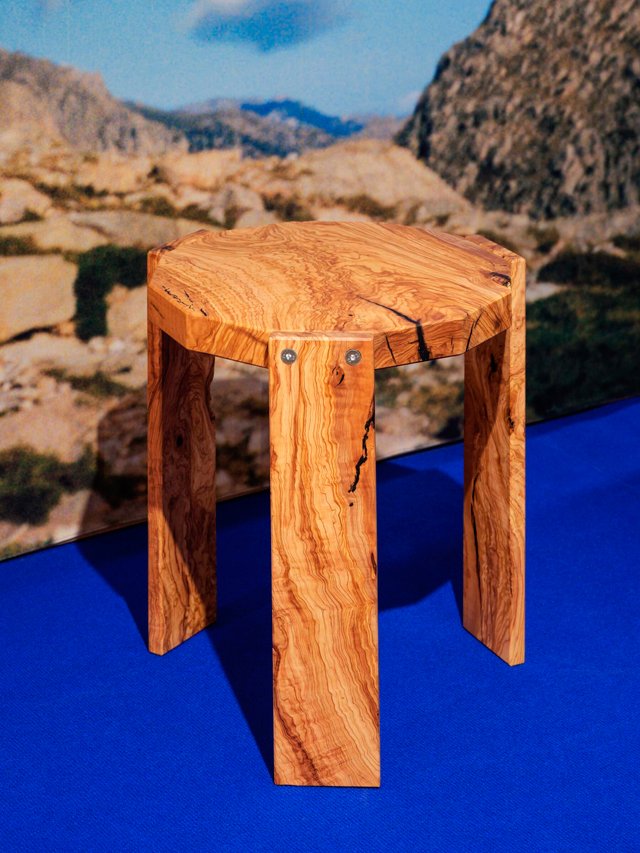 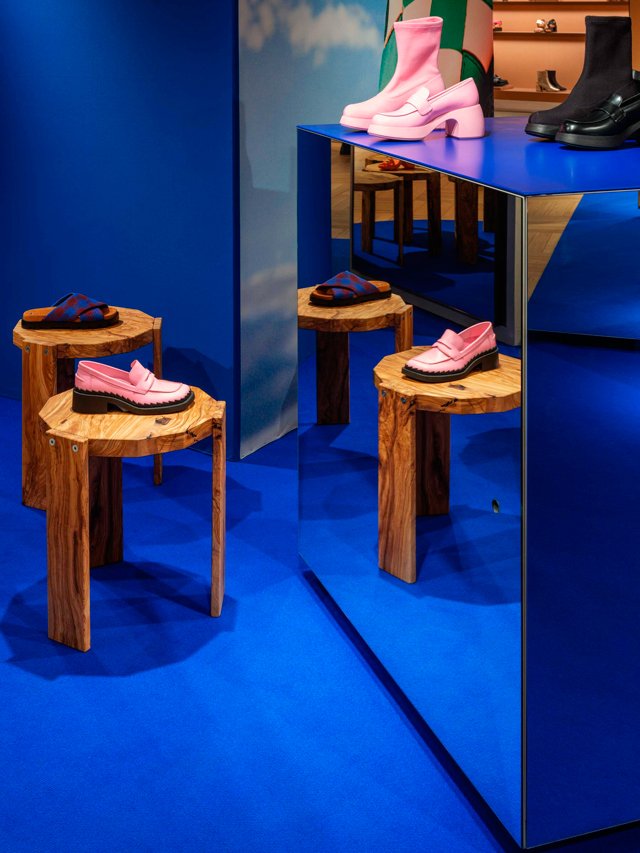 On the other hand, it made three cubes lined with mirrors in which customers can see how their shoes fit. But, by having two doors that allow access to its interior, they also function as containers for the stools so that they can be stored and sent to another location where you want to mount the pop-up. A system designed to minimize waste and carbon footprint.

“The stools were perfect because you can’t make very large pieces with olive root wood,” he explains. “On the other hand, I was very interested in minimizing the environmental impact of the entire project, and the one meter by one meter cubes of mirrors made it possible to transport the entire store very easily on three pallets, as well as providing great versatility.” 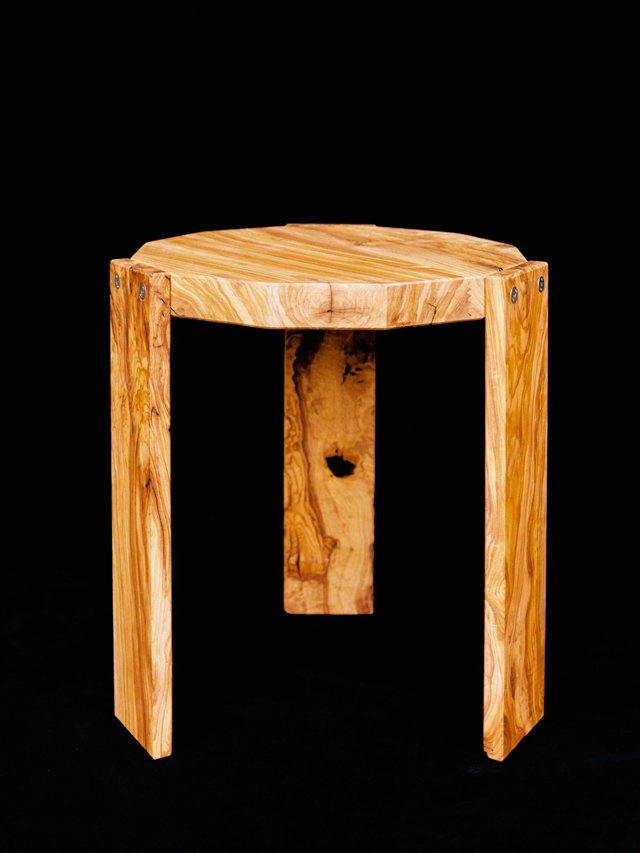 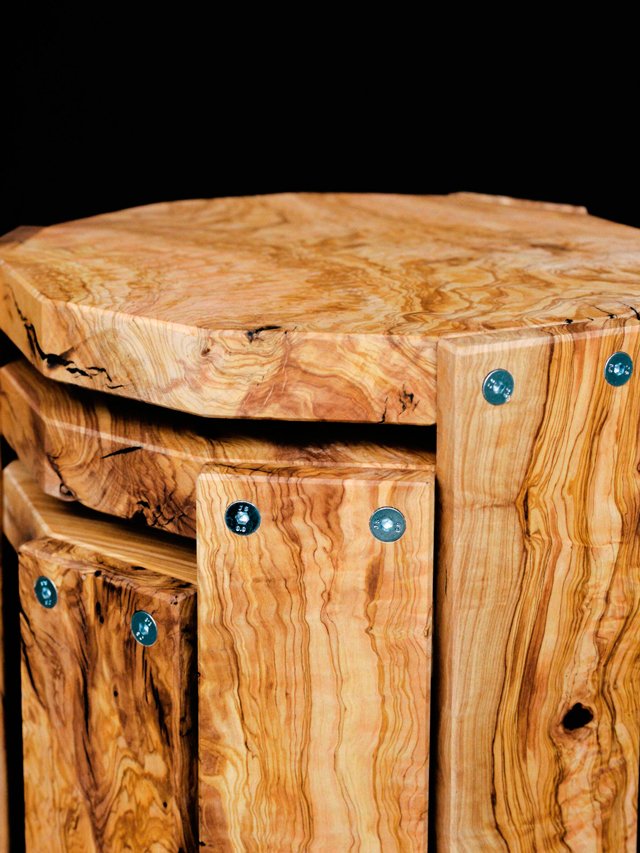 Thanks to this and to his determined search for simplicity, the project works, explains Jorge Penadés, “as a tribute to ingenuity in the face of adversity in Mediterranean culture: a careful selection of material, the multifunctionality of its elements, the constant reuse and great respect for the environment. And it will have, according to the designer, more incarnations in the coming years.

ABOUT US
Tremblzer is your Windows Fix, Technology, Games and Entertainment website. We are sharing the most upcoming Technology, Windows Fix and Games knowledge. Thank you being part of our Tremblzer family.
Contact us: contacttremblz[email protected]
FOLLOW US
© Copyright © 2022. Tremblzer |
Go to mobile version