The extremes of reproductive life are a risk factor for a pregnancy to present complications for both the mother and the fetus, warns Dr. Zarela Lizbeth Chinolla.

When she talks about the extremes of reproductive life, the academic from the UNAM School of Medicine refers to those under 19 and over 35 who become pregnant.

In adolescent pregnancies and especially in those over 40 years of age, the risk of preeclampsia and seasonal diabetes in the mother increases, as well as the risk that the baby will have chromosomal abnormalities (Down syndrome, for example), be born prematurely or pregnancy ends in caesarean section.

Chinolla Arellano, an obstetrician with a specialty in reproductive biology, warns that high-risk pregnancy can also lead to the death of the mother and/or the baby.

If the mother is hypertensive or diabetic, or suffers from obesity or an immune disease (lupus, rheumatoid arthritis, etc.), “the risk greatly increases.” You can have severe preeclampsia (you have a sudden and dangerous event with your blood pressure, impossible to control with medication), which can damage your organs (kidney, heart, liver) and cause changes in platelets and cell lines in the blood. This can even involve placental abruption, putting her life and that of the baby at risk.

If there is pre-eclampsia and the pregnancy is still “very small” (few months or weeks of gestation), the risk of a premature birth increases and, consequently, sometimes there is no possibility “of generating a delivery”; then a cesarean section is used, a surgery that increases the risk of death. Just because of a history of preeclampsia, many women also end up as “chronically hypertensive” (high blood pressure).

It is not known exactly how many adolescent pregnant women there are in Mexico (considering how many pregnancies end in abortion or are interrupted). But the proportion of those who carry their pregnancy to term (that is, at 9 months), is 13.7 of every 1,000 adolescent women.

Although the Ministry of Health estimates that adolescent pregnancy occurs at 14-15 years, perhaps that is not “a real figure.” It is known of pregnancies in “minor stages”, but there is no record “out of shame, modesty” or because the patients do not mention it.

On the other hand, adds Dr. Chinolla, the number of women over 35 who become pregnant for the first time has increased. As they have already fulfilled their work and personal expectations, and have financial solvency, they seek to get pregnant with assisted reproduction techniques. This increases the risk of it being a high-risk pregnancy.

In Mexico, it is estimated that women who are mothers have an average of 2.3 children. This number varies by economic status, employment status, and education. In the middle class, motherhood is delayed a little more compared to what happens in a social group with a lower economic status.

There is no real record of how many women get pregnant through assisted reproduction, since the artificial fertilization technique is not always revealed, either for fear of it being known that “I cannot get pregnant” or for legal reasons (use of health insurance). medical expenses due to policy restrictions, as well as cases of particular family situations involving blood ties).

Despite easy access to contraceptives, programs and groups that promote contraception, and social networks that “fulfill the function of culture and education,” many adolescents do not take care of themselves to avoid an unwanted pregnancy or a sexually transmitted infection.

In rural areas (in some towns and villages in Chiapas, Michoacán, Oaxaca), with few health services, there are many adolescents who become pregnant and very young women who are in their fourth pregnancy, and they see it as normal there. 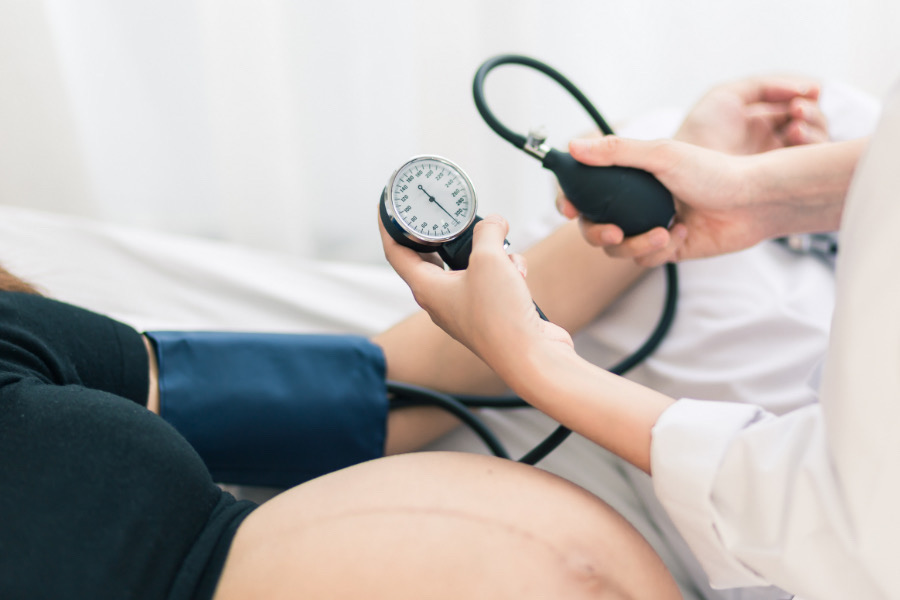 Pregnancy in times of COVID-19

In Mexico, says Dr. Chinolla, in the first stage of the pandemic, the risk of maternal death was more associated with COVID-19 than with obstetric hemorrhage and preeclampsia. Fortunately, vaccination decreased morbidity and mortality from SARS-CoV-2 infection in pregnant women.

In global terms, more or less 70 per 100,000 women may have a risk of death due to pregnancy. In the first quarter of 2021, an 8% maternal death was reported among pregnant women who underwent an abortion due to an ectopic pregnancy (an abnormal insertion). In the second quarter of that year, deaths from hypertension were reported in 28 out of every 100,000 patients.

In many parts of the country there is no effective diagnosis because many pregnant women do not have access to specific markers that can be taken in the blood or to ultrasounds to determine the risk of developing preeclampsia, or do not even have a machine to take their blood pressure at home . When they come to the consultation, many of them already present a picture of severe hypertension, even with serious kidney problems.

Today, thanks to public health policies, awareness and the professionalization of medical resources, maternal mortality is “three or four times lower than it was 10, 20, 30 years ago.” However, this reduction “has not been enough.”