The famous program Primer Impacto dedicated a report to the Guatemalan music group Miel San Marcoswhere they tell part of their history and how this project began until it became one of the best-known Christian groups.

On their YouTube channel they have more than 2.1 million subscribers and have become a benchmark in music.

The history of this successful group dates back to the department of San Marcos, when the Guatemalan Luis Morales lost his mother when he was only 8 years old and had to go to an orphanage. As a teenager he met Rebeca Barrios, his wife, who led him to the paths of faith and thus began the ministry.

Description of the photo for the visually impaired: Singer on stage. (Credits: FB Miel San Marcos)

The Guatemalan group It is made up of the brothers Josh, Luis and Samy Morales, who are originally from the department of San Marcos. This band is in charge of directing the praise and worship of the Tabernacle of Revival Miel San Marcos Christian Church.

The Guatemalan group that has filled important stadiums

Little by little they became one of the most important groups in the Christian world. In your history already they have 11 discsa Latin Grammy nomination and have given concerts in the largest stadiums in the world such as the Madison Square GardenNew York. 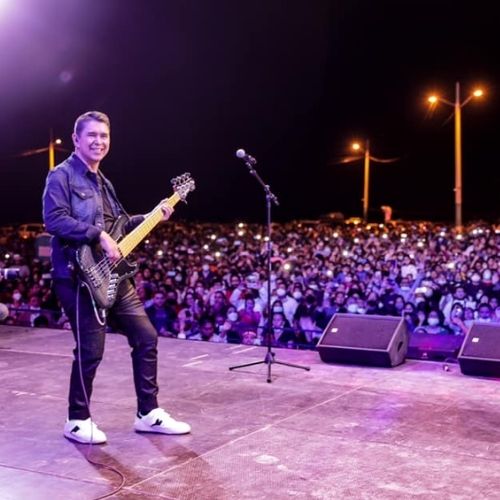 Description of the photo for the visually impaired: Guitarist on stage. (Credits: FB Miel San Marcos)

They have also performed concerts in Paraguay, the United States, Mexico, Puerto Rico, Honduras, Brazil and others. Thank you for putting the name of Guatemala on high! In 2017, the Governor of Nassau Country, Edward Mangano, gave the members a recognition, which distinguishes people who positively influence New York State.