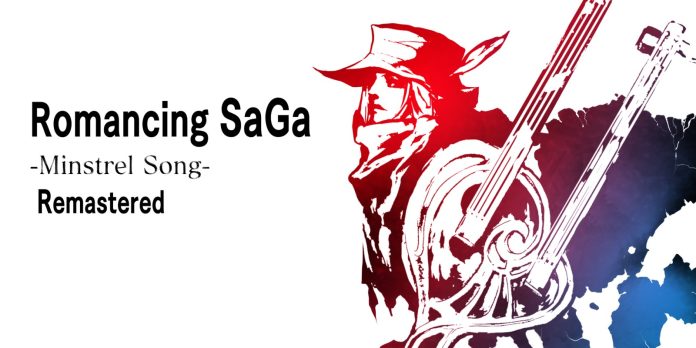 The original Romancing SaGa game -Minstrel Song- included many elements characteristic of the SaGa series, such as the Glimmer and Combo mechanics, and was considered the paradigm of the series when it was published.

The free scenario system that allows you to create your own story continues to be the central axis of the game, allowing you to choose one of eight protagonists with different origins and backgrounds to embark on a unique adventure.

This remastered edition has evolved in every way, offering updated HD graphics and numerous gameplay improvements, making it highly recommended for fans of the series and newcomers alike.

Marda, the original creator, shaped the land of Mardias. In the past, a great battle shook these lands, and Elore, the king of the gods, had to fight against three evil deities: Death, Saruin and Schirach.

After a long and exhausting fight, Death and Schirach were sealed and lost their power, and the last deity, Saruin, was also trapped through the power of the Fatestones and the noble sacrifice of the hero Mirsa.

1000 years have passed since that titanic battle. The Fatestones lie scattered across the world, and the evil gods have risen once more. Eight heroes embark on different adventures, as if guided by the hand of destiny.

What stories will these adventurers weave into the vast tapestry of Mardias?

Only you can decide it!