Despite her youth, Asturian Sara Torres has become a benchmark in current poetry. Her first collection of poems, La Otra Genealogía, won the Gloria Fuertes Prize for Young Poetry in 2014, followed by Spells and Songs and Phantasmagoria, among others.

Lo que hay (Reservoir Books, 2022) marks her first foray into the novel, a genre that allows her to be clearer in expressing her passions and pains. In it he addresses the same issues that he deals with in his poems (desire as a creative force, personal and collective healing through writing…), although here he does so through a more direct and clear language to convey an idea: the desire and mourning as «desiring processes» and to speak, incidentally, of «non-normative pains» that invite a «healing conversation».

The novel starts with a devastating phrase: “While mom was dying I was making love.” From there, Torres immerses us in an exercise in lyricism and honesty to talk about grief, love and desire. We have talked with her about her new book and this is what she has told us.

How has the leap from verse to prose been? Is it difficult to differentiate the two plans?

The type of poetry that has interested me so far is one whose goal is to capture and convey the mystery: the mystery in the beautiful-everyday, the stunned attitude to love. The poetic use of language has interested me to talk about what is, with a rare force that leaves us speechless, and about the realities and worlds that are not yet, but could become. Founding possible worlds that are neither heterosexual nor regulated by a gender binarism is the objective of my poetic work.

With prose my will was different, far from the utopian horizon of poetry I wanted to deal with beautiful and anti-normative ways of surviving with what there is, what is already available in our world, even in the worst circumstances. The most direct language of this prose has served me to claim the right of bodies to live in joy, in desire, in pleasure. 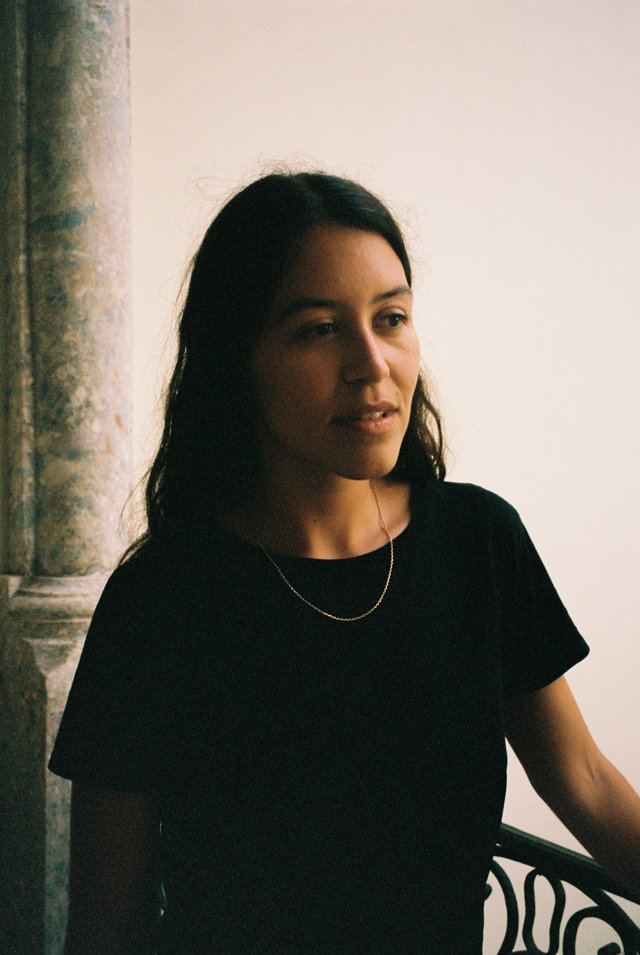 What extent —if they are— Are your previous collections of poems present in your novel?

The issues I work on are the same: the possibility of creating unorganized communities around the heterosexual system of subjectivity production; desire as a revolutionary creative and political force; personal and collective healing through writing…

Why a novel? What does prose allow you to explore that poetry doesn’t?

I have written a novel in order to be clear in a context where my passions and my pains were difficult to share in the social space. Who holds the conversation of the body in love or the body in mourning? —If it is a body touched by a state of intensity that distances it from the normative rhythms of the city, so that it is no longer productive—. I wanted to claim the need we have to be able to communicate in the social space all the passions and pains that go through us, without our community silencing us, disciplining us or violating us.

The novel has allowed me to share with readers my experience of desire and mourning as a desiring process. Also verify that our pain is not unique, but shared with many others with whom we do not speak.

Representing non-normative pains, such as mourning the loss of a love in a non-monogamous context, or passionate conflict with a sick mother, is my way of inviting a healing conversation. May it heal us as a rule to let life flow better, which is already quite difficult sometimes.

START READING ‘WHAT IS THERE’

The death of the protagonist’s mother is based on the death of your mother. What has it meant for you to write this novel from such a personal level? Has it been difficult for you to separate the personal and the narrative plane?

I have never completely differentiated between reality and fiction because the human being seems to me to be a hallucinated animal of abstraction, constantly traversed by images, fantasies, capable of anticipating infinite ideal or terrifying scenarios.

Our imagination has advantages and also disadvantages: it generates pleasure, the ability to control the immediate context, but also a lot of anguish and anxiety.

The grieving body lives in an extreme way that distressing capacity of not being in the material present but in the imagination, so in a loop it returns again and again to the place of the lost, trying to understand what happened, if it did it wrong, if it could have done better. Writing from a personal level has allowed me to fairly investigate the rhythms of the body in love and the body in mourning.

It has also allowed me to critically confront the role of the people who accompany a sick woman and the way in which feminized bodies relate to what is vital through guilt.

Your novel talks about grief. Why is it important to talk about it? Are we a society that does not know how to face death or loss in general?

Talking about what is lost beyond a short period where it is considered healthy or normal positions us as non-productive people. The economic system in which we live is not sustained by slow bodies, or by a melancholic attitude. After a near death, it is recommended to return to the previous life after a very brief stop for mourning. After that time of mourning, it is difficult for those around us to want to share fears and tears: the vulnerability of nearby bodies scares us.

We interpret sadness as a state of low productivity, and we fear that it will spread. We recommend that our friend who is down for a lost love download Tinder as soon as possible: she will start playing sad, but at some point the image trade will capture her desire.

I am interested in exploring the revolutionary potential of a slower desire. Melancholy, boredom and bodily slowness are necessary states in the maturation and creation of ideas that would be unimaginable for an anxious body, accelerated by normative productivity.

With death and bereavement, it seems that everything is suspended, as if we can no longer feel anything other than pain and sadness for the loss. But you change our vision. You talk about desire and that you don’t have to be afraid to feel it, even when you’re going through a duel. What other molds are you trying to break with your novel? What should we allow ourselves to feel?

I think we should allow ourselves to feel all those emotions and intensities that do not fit into the notion of normality at the time. Desire has a wonderful transformative potential, by wishing differently, we transform the dynamics inherited from shared worlds. The desire expressed sexually also keeps us connected to the desire to persevere together, to continue living.

The problem is that, like brute force, our desire is constantly captured and organized by the system. Current capitalism is sustained precisely through this capture of desire, which builds us as consumers and not as creative political agents. 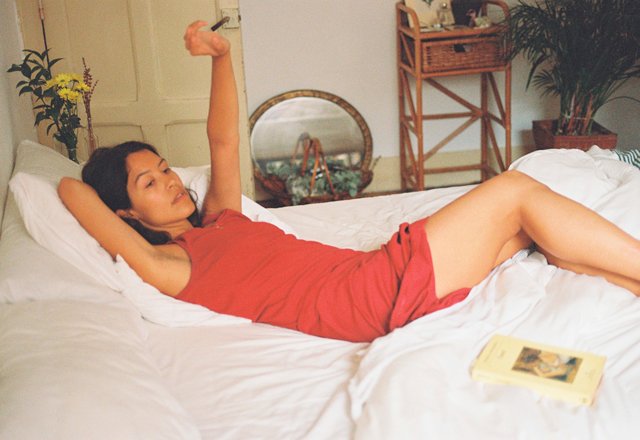 The word, communication (or non-communication) is also a plot line in your novel. You emphasize the importance of what we say and what we are not able to say. I suppose that your role as a philologist has its weight in this argument. What value does the word have in our life? How does it help us rebuild or destroy ourselves?

Communicating successfully creates a sense of joyful synchrony with the people we care about. However, fear of the effects our truths may have on others determines what we say and how we say it.

I am interested in the loving and open attitude to transformation as a starting point for any conversation. In a loving, open and non-defensive context, the words we know and use acquire new meanings and nuances through the experiences of our interlocutors.

I think that for a message to be understood, it takes much more love, space and time than a tweet. Slogans and summaries of any complex reality can be more destructive than constructive. We are seeing that every day, the violence that is generated around haste and reductionism.

Summer tastes like reading and Penguin knows it. It is the time of year when we are most relaxed and a good book helps us disconnect from the routine that we leave behind for a few days. In addition, we have much more free time to read calmly, without being interrupted by an email or a work call.

Nostalgia for another world, by Ottessa Moshfegh (Alfaguara); 12 bytes. How to Live and Love in the Future, by Jeanette Winterson (Lumen); The Last White Man, by Nuria Labari (Random House Literature); Where I’m From, by Joan Didion (Random House Literature) and Ten Steps to Nanette, by Hannah Gadsby (Reservoir Books) are some of the titles we invite you to discover on your vacation.