Guatemalan rock group Suburban Bohemia meets 30 years trajectory and to commemorate the anniversary he has created the album «Concrete Frequency», together with the group Contemporary Marimba from Guatemala. #WhatChilero

The musical creation has six songs, performed with the national instrument of Guatemala. We tell you more!

the rock group Suburban Bohemia began in March 1992 and has since explored different languages ​​and genres. To commemorate three decades of legacy, in March 2022 he releases the album «Concrete Frequency», created in collaboration with marimba players from the Contemporary Marimba from Guatemala.

The material consists of six representative songs, one for each studio album of the group: Dios es Ajeno, Peces e Iguanas, El Grito, When You Talk to Me, But Nobody and Arando e Hilando.

Giovanni Pinzonvocalist of Bohemia Suburbana, explained in an interview with Guatemala.com that the name of the album is a poetic license: frequency alludes to the music and hormigo pays tribute to the tree with which the keys of the marimba are made. 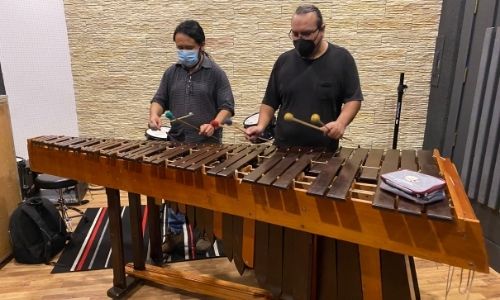 The album created together with the Contemporary Marimba of Guatemala

Regarding the message to be conveyed through the album, Pinzón explained: «It is a tribute to the Guatemalan identity and to the marimba. It is a way to give the public new musical references and the enjoyment of instrumental sounds.»

Hilda Lopez, marimba player of the Contemporary Marimba, added that the main objective of this album is to give another approach to the band’s themes. “It’s a gift for the fans of both groups,” added López.

The members of Bohemia commented that, with the album, it shows how the band’s compositions have matured, since they are now more serious, easier to interpret and with more musical theory. Watch a video of the disc creation process:

Run to listen to the album! It’s already on all music platforms like Spotify, Deezer, Apple Music and others.