It has been made public, through a press release, that the Manga Barcelona it continues to grow, changing space and dates, as can be seen in the press release they have published.

The Manga Barcelona has not stopped growing in the number of visitors and exhibitors since it began its adventure more than 25 years ago, but in the last stage the growth has been spectacular, as is the growth of the comic, manga and anime sector in particular. For some time now, the event has made the most of the capacities offered by Fira de Barcelona Montjuïc, but it seems that the time has come to continue growing in another way, making life easier for these visitors and also exhibitors. That is why Manga Barcelona says goodbye to the facilities that have welcomed it for the last 10 years.

The benchmark event in the manga sector and I encourage it now moves to Fira de Barcelona Gran Viaspecifically to those pavilions 4, 5 and 6 of these more modern and appropriate facilities for the current Manga Barcelona. But it is not only a change of location, but to guarantee stable dates year after year, you also have to change the dates. The 2022 edition will be held from December 8 to 11. If, as before, the dates always fell around November 1, it is expected that the next editions revolve around the holidays of December 6 and 8. 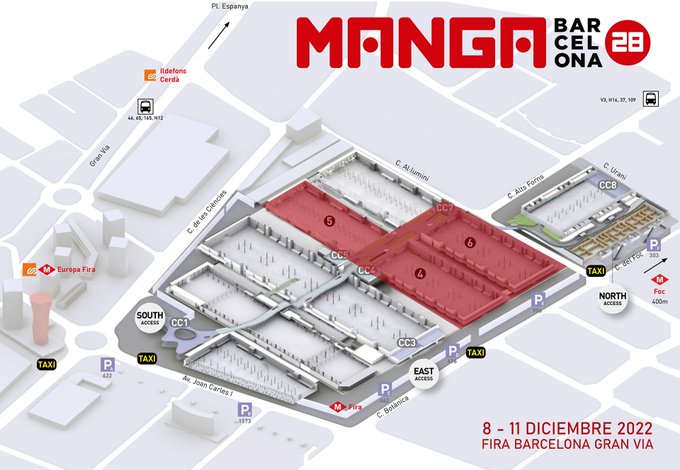