Turkey, dark night, 1982. Çetin Inanç enters a deserted movie theater. He is a filmmaker himself, but he is not there for the love of art, he has a dangerous mission. He sneaks into the screening room and steals the prized reel of Star Wars, an American movie that is having a runaway success.

He takes it home, takes out a pair of scissors, and starts amputating the footage. He cuts scenes from the Millennium Falcon, chase sequences with empire fighters… Everything that he wants to include in his film but he can’t do due to lack of budget. He cuts and pastes, cuts and pastes. The first light of dawn arrives and Çetin, exhausted, returns the amputated original film to the cinema. The audience that saw Star Wars in that room missed out on several scenes, but the sacrifice was worth it: the world won Dünyayı Kurtaran Adam, better known as Turkish Star Wars.

“It is, possibly, the most crappy commercial film of all time,” says Carlos Palencia, who knows a bit about crappy cinema. He is the director of CutreCon, the seedy film festival in Madrid, which starts this week with this gem of dandruff. “It is a film that has always been valued for screening at CutreCon, but the only copies there were were yellowish VHS versions, of terrible quality,” explains Palencia.

But after much searching they have managed to get a remastered version from the original footage. “CutreCon viewers will be able to enjoy Dunyayi Kurtaran Adam in much the same way as when it was released in theaters in Turkey in 1982.”

That is saying a lot. In the 70s and 80s the cinema was a party in Turkey. Families went to the rooms almost as a social act, a place where they talked, shouted and sang. And if the villain on duty did something reprehensible, the occasional glass was thrown at the screen. A session of CutreCon anyone, go. Turkish directors were aware that their audience was more or less distracted, so they exaggerated emotions, bet on comic violence, soap opera drama (Turkish, of course), and forgot about quality.

In the documentary Remake, remix, rip-of, dedicated to this type of Turkish cinema, they tell how movies like churros were made in the country, at a rate of about 300 a year. Çetin was a good example: he shot movies in ten days, non-stop. That’s why he was nicknamed Jet, because of his ultrasonic speed.

Not only the work of the director was precarious. There were barely three screenwriters to write hundreds of films and a handful of actors who shot at a frantic pace, sometimes several films at the same time without even changing costumes (calling that a wardrobe would be too generous). In Turkey there was no copyright law, so to ensure their success, the movies were inspired by Hollywood blockbusters. Inspire is perhaps a very kind word, rather they plagiarized them. They plagiarized them crazily. Sequences from American movies were pasted to gain spectacularity. The title was copied and the script was caricatured. The soundtrack of the original, or of some blockbuster of the time, was added to the grotesque result.

In the Star Wars, for example, there are melodies by Flash Gordon or Indiana Jones. «I don’t even have money for catering, how am I going to pay for an orchestra?», Çetin himself justifies in Remake, remix, rip-of. About his theft of some of the original Star Wars footage he also has a good excuse: “Do you think the Americans were going to give it to us voluntarily?”

The Turkish Star Wars has gone down in history as one of the craziest, baddest and most rogue films in the history of cinema. But it also has a homemade and genuinely original point. There is something cute about a bunch of people with no money, no time and no talent trying to emulate the great epic of modern cinema. A director who wants to get a movie off the ground and entertain people. You can say that he got it.

Beyond the looting stories, there is an anecdote that explains very well the spirit of Turkish Star Wars. In the original there are several travelings, a typical Hollywood effect in which the camera goes on rails, sliding smoothly until an elegant shot is achieved. Çetin wanted to replicate it but he had no money, so he put the camera on a table, wet the floor, and placed a bar of soap on each table leg… and started shooting. 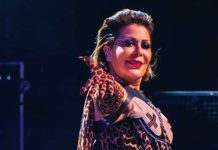 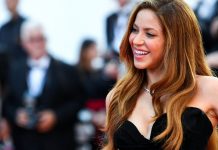