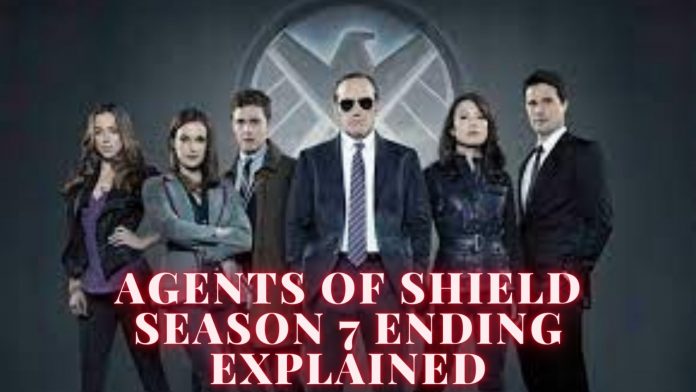 In 2013, Marvel Television launched Agents of SHIELD, their flagship TV show. The series was originally pitched as a sort of MCU tie-in series, with season 1 in particular linking in to the events of Captain America: The Winter Soldier. This final season saw the team travel through time, then fight Chronicoms and HYDRA in a new timeline that quickly went off the rails.

This season has seen SHIELD caught up in a sort of Time War against an alien race called the Chronicoms, who were attempting to create a timeline vulnerable to their conquest. SHIELD was tasked with preserving the timeline, but it soon became clear they had apparently failed in this mission. The stakes had never been higher for the SHIELD team, but they also remained disturbingly personal; the Chronicoms altered Mack’s personal timeline by killing his parents in the 1980s, while Daisy watched her mother die before she had even been born.

The Season 7 of the show refreshingly gives each of the main cast their own happy endings. Whether it’s Fitz and Simmons retiring to raise Alya or Daisy traveling through space with Kora and Sousa, the show laughs at the idea of bittersweet endings. Fitz and Simmons decided to live a normal life while they could, even having a daughter named Alya. But by the finale, it was time to deal with their Chronicom threat back home. The Agents know they can’t leave this timeline to suffer, so they do the next best thing: use their ship’s time drive to bring the enemy fleet back with them to 2019 via the Quantum Realm.

Daisy uses her Quake powers to kill Malick and destroy the fleet, and it’s awesome. But the true savior of the day was the power of empathy. It’s thanks to the respective powers of Melinda May and Kora — Daisy’s sister who died in the original timeline, but who is very much alive in the new one — that the Chronicoms stop attacking.