If there is something that the great firms of Romanticism liked, it was nature. Breathtaking landscapes, rough seas and plants, lots of plants. And Rosalía de Castro, one of the great authors of not one, but two literatures, as a good romantic, was also very interested in plants, which are very present in her work.

«Romanticism was the moment of greatest change in perception of our relationship with nature», points out María López Sández, professor at the University of Santiago de Compostela. Separating Rosalía de Castro from her moment and her work from those influences is impossible. Rosalía was a romantic who paid great attention to nature and let it permeate all of her work.

Rosalía de Castro’s plants are the protagonists of an exhibition at the Royal Botanical Garden-CSIC in Madrid, Herbarium Rosalia de Castro. Nasin when the prantas are born. The exhibition, which can be visited until March 25, wants to “pay tribute to the literary creator who taught us to look at the landscape in another way” and unites her work with the plants that appear in it. López Sández is one of her curators and also one of the people who launched into a vegetable-based reading, so to speak, of the writer’s work.

Rosalía de Castro did not leave us a perfectly indexed herbarium. In 2019, López Sández and fellow USC professor María Isabel Fraga Vila began the process of creating it. First, there was “a complete reading” of Rosalian’s work, from poems to collaborations in the press or letters, to create a database of all the mentions of plants that the writer had made.

Afterwards, the final herbarium was created. López Sández and Fraga Vila set out to collect the real plants —and yes, strolling through the scenarios that Rosalía de Castro herself mentions or in which she is inspired, such as the Adina cemetery, in Iría Flavia, where they went to see what was growing on its walls— to convert the list in a herbarium as such.

Was it difficult for the researchers to identify the names of the 19th century in the Galicia of the 21st century or did they have to face the disappearance of plants? The problem, points out María López Sández, it was “not so much plants that no longer exist as the invasion of plants that did not exist at the time”. The herbarium has two sections dedicated to wild herbs from the countryside or those that grow in cemeteries, but since Rosalía de Castro observed them in the mid-19th century until researchers collected them at the beginning of the 21st century, they have crept into those environments new species. 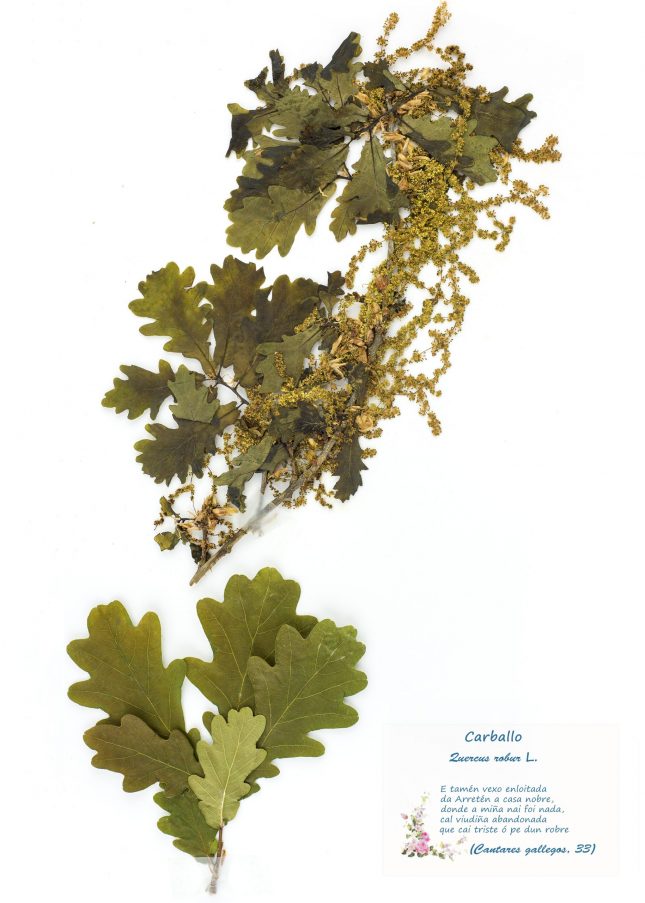 PLANTS, MESSAGES AND LITERATURE IN A HERBARIUM

One could almost fall into the temptation of seeing the presence of the natural in Rosalía de Castro’s work —and the collection of plants and their mentions— as something simply cute, as a curious element. However, all this presence of plants is much more than a curiosity.

For a start, Rosalía de Castro’s plants can be seen as a political act. “Of course,” says María López Sández when she is asked if that is the case. Rosalía de Castro includes “those sublime landscapes” that Romanticism loves in her work, but she does it, the researcher recalls, with a vindictive nuance about Galicia. Her descriptions and her poems build a positive image of the landscape that will later find an echo that goes beyond her work. That they appear according to which plants, such as wild herbs, is not a trivial choice.

And, to continue, plants are also an element of literary weight. It is not just that they are mentioned in poems or prose works, but that they are also a source of inspiration and have a deep connection with the author and her poetic voice. As the researcher indicates, in some poems it can be read directly how the poetic voice indicates that it writes because the plants themselves asked it to. “His voice comes from plants and inspiration is nature”he points out.

Viewing Rosalía’s herbarium —which the exhibition’s curators, López Sández herself and Fernando Cabo Aseguinolaza and Maria do Cebreiro Rábade Villar have connected with fragments of Rosalía’s work— therefore allows us to better understand the literary work, and almost I could also say that its historical moment and its subsequent influence.

In the final herbarium, not only have they taken into account which plants appear in Rosalía de Castro’s work, but also how often they do so and how important they are. Thus, for example, we know that, although the flowers that Rosalía de Castro liked were her thoughts, the most present in his work are roses. María López Sández explains that they triple the other presences in the herbarium. “But it’s not surprising,” she says, because the rose has a great literary tradition in the West and, furthermore, the writer herself “plays with the paranomax” between the name of the flower and her own.

After the roses, the most present are the trees. The oaks are second in the ranking of the frequency. Even in On the banks of the Sar, Rosalía de Castro attacks her fellingsomething that in current Galicia —in which environmental complaints go against the popularity of eucalyptus, an invasive species, compared to native species, such as oaks— resonates in a special way. 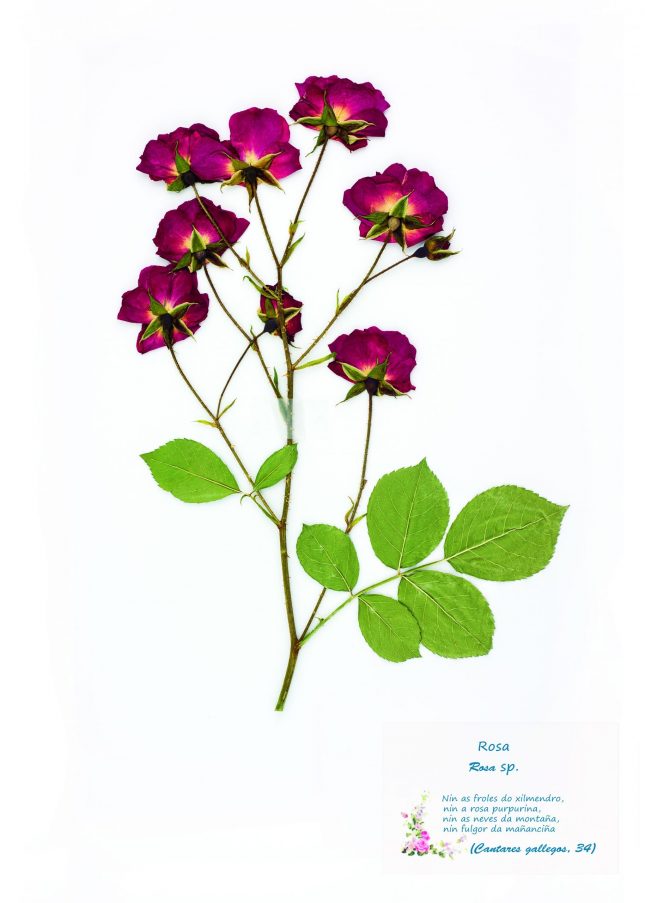 Likewise, there are certain absences in the work. Some are curious, like the thoughts that he liked so much appear so rarely; and other keys to understanding Galician plant history. “It does not mention the camellias,” says López Sández, naming a plant that is ubiquitous today in the usual Galician gardens, so much so that there are even tourist routes that follow them, “because there were none in the 19th century.” The camellias arrived after the work of Rosalía de Castro.