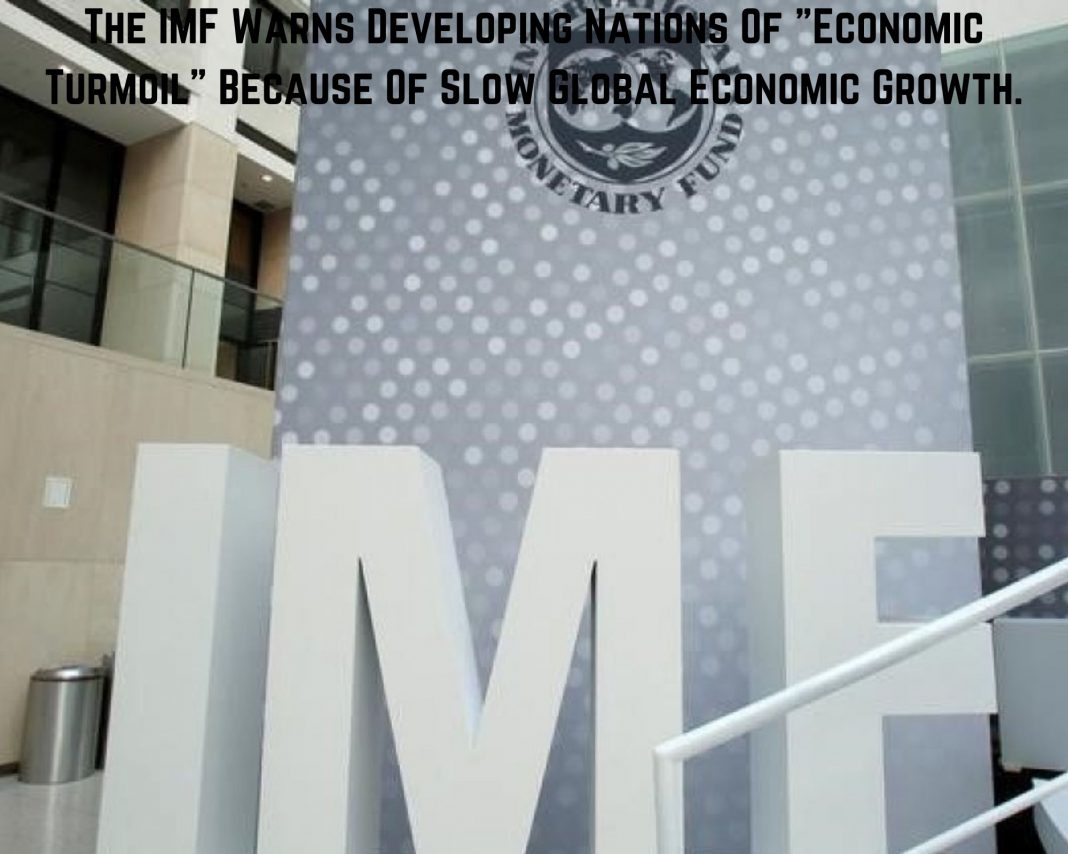 The world economy will be in for a rocky ride this year, with low global growth and possible financial market turbulences set to affect developing economies, the International Monetary Fund said on Tuesday.

In an update to its World Economic Outlook released last October, the Washington-based lender now expects the world’s economy to grow at a slower pace of just 3 percent in 2015, down from the 3.8% estimated last year. In 2016, growth is expected to accelerate to 3.6%, as seen in October. The latest figures represent the lowest growth rate since 2009.

In 2016, developing countries are projected to grow by 5.8%, down from 6.4% last year, while the United States is expected to see the growth of 2.6%, up from 2.1%. “Advanced economies will likely be weighed down further by investment cutbacks and a sharp decline in their export growth,” the IMF said.

“In emerging market and developing economies, growth will be supported by lower oil prices but pulled down by weaknesses in commodity exporters.” The United States is the world’s largest economy followed by China, Japan, Germany, and Britain. The euro area together would form the world’s second-largest economy.

The IMF anticipates that global trade growth will slow from 5.3% in 2014 to just 1.7% this year and 3.4% next year. This is a major concern for developing countries that depend on exports of raw materials and semi-processed goods to China and Europe to support growth.

As for oil prices, they are expected to continue their downward trend—falling from $50 per barrel in 2015 to $49.4 next year, and remaining at about this level through 2019. The IMF said that the largest impact of low oil prices will be on countries that depend heavily on energy exports, including Russia, Nigeria or Norway.

A separate report by the World Trade Organization (WTO) released on Tuesday also pointed to a possible slowdown in trade growth this year. According to the WTO, global trade is projected to grow by just 1.7% in 2016—the slowest pace since 2009 and down from 2.8% growth last year.