ANN ARBOR, Mich. — A men’s basketball game between Michigan and Michigan State scheduled for Sunday at noon has been postponed because the University of Michigan is dealing with an outbreak of a respiratory virus on campus.

The two programs and the Big Ten Conference collaborated on the decision.

“We know this is an extremely difficult situation for members of both teams,” said Warde Manuel, the Donald R. Shepherd Director of Athletics at Michigan. “The health and well-being of our students is always our top priority.”

The game will not be made up during the season. 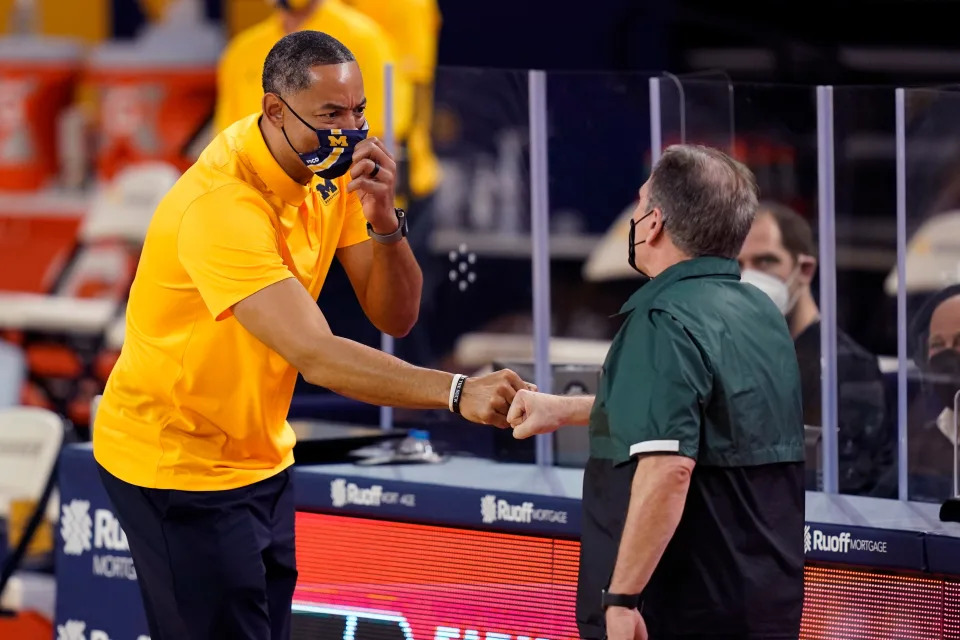 There are more than 30 confirmed cases on the University of Michigan campus.

Michigan State had confirmed one case as of Saturday afternoon, but a team spokesman said that number had increased to four as of Sunday morning.

The Spartans are practicing at Crisler Center on Sunday and then will fly home to East Lansing following the conclusion of their workout.

The Wolverines return from Ann Arbor on their chartered flight following Sunday’s practice.

U-M Athletics will honor the men’s basketball season ticket holders for the postponed game at a future date, once the program receives more information about a makeup date from CBS.