Home Anime The music that reaches the soul: Belle 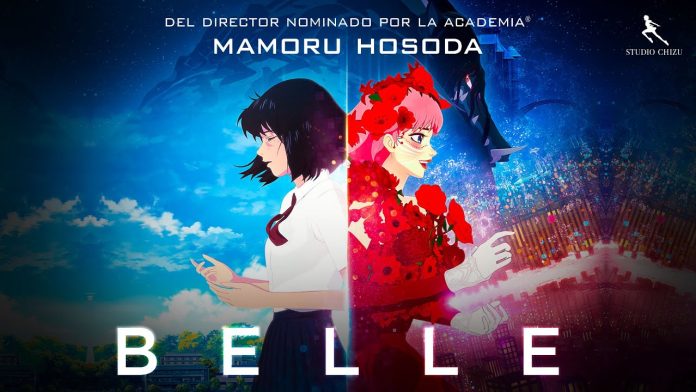 The team of Tokyo Mission was lucky enough to attend the award ceremony in the original version of Belle, the latest feature film by director Mamoru Hosoda (Wolf’s Children, The Boy and the Beast, The Girl Who Leapt Through Time) and produced by Studio Chizu. Belle is based on and inspired by the 1756 French tale “Beauty and the Beast” by Jeannette Marie Leprince de Beaumont.

During the past year 2021, the film was presented both at the Cannes Festival and the Sitges International Fantastic Film Festival, where not only was the film premiered but the director was awarded the Sitges Honorary Award, attended by Mamoru Hosoda himself. to the Festival.

Carrying out a Q&A meeting with the director which we attended and that when reviewing his latest feature film, we will add comments made during the same meeting.

These days we can enjoy Belle’s movie on the big screen thanks to the distributor Sherlock Films (A Contracorriente Films) and, in the original version with subtitles (VOSE) or with dubbing in Spanish or dubbing in Catalan. (If when you are reading these words you still have it available in movie theaters, do not miss the opportunity, it deserves it)

Suzu is a 17-year-old girl who, after losing her mother, moves to live with her father on the outskirts of Kochikame prefecture. Heartbroken and estranged from the world, her friend Hiroka Bestuyaku (Hiro) suggests that she join the “U” community, a virtual world in which user data is analyzed and an avatar is automatically created and From here, the user can assume a desired role that is different from reality, since there are many types of avatar: anthropomorphic, animals, bugs, etc.

In real life, Suzu goes to her institute following aloof and apart from her classmates, except for Hiro, her best friend and whom we have already mentioned; Shinobu Hisatake, is Suzu’s childhood friend and very popular among the girls at the institute and, despite the fact that he wants to protect Suzu, she marks a distance between them as well as her other classmates; Ruka Watanabe, the popular girl in her class for being the tenth girl and, finally, we have Shinjiro Chikami (Kamishin), a sporty classmate and a born motivated boy who is able to create the school group despite being the only member of the kayak team. 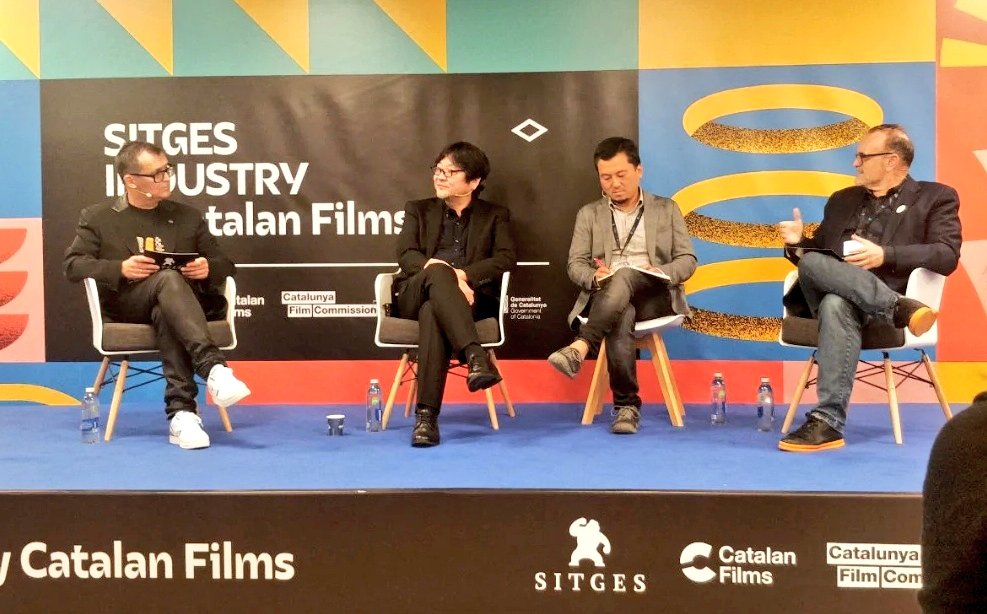 “Mamoru Hosoda recognizes that when he created the studio he wanted Japanese animated cinema to cross territorial borders and reach the whole world and he dreamed of its normalization.”

(Ojito, that in this paragraph there is some spoiler) In the case of Suzu, she is passionate about singing and writing songs but, due to the tragic death of her mother, who supported her hobby and Suzu living the end of her mother, for wanting to save another child. From this incident, she is marked and loses the possibility of singing in reality. Instead, in the world of “U”, not only is she able to sing again but, thanks to the help of her friend Hiro, she becomes the star singer of the virtual world.

Suzu in the world of “U” becomes Belle, being able to sing with her new appearance in this new world. Through her lyrics and her voice, she quickly becomes a popular character filling herself with both positive and negative messages. One day, in the middle of one of her concerts, a monster (Dragon) bursts in, fleeing from the team of vigilantes who, presumably, bring peace to the world of “U”. From this incident, Belle is curious about him, chasing him, searching for him and wanting to know more about him, coming to find her home in the world of “U”, a castle that quickly enters the cliché of “Beauty and the Beast”. They are”. 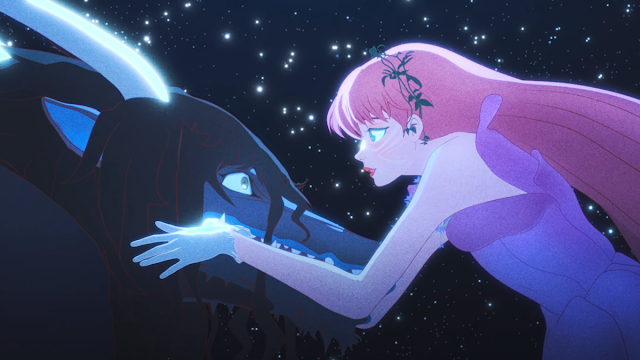 From here, in addition to the main plot, other plots are created that little by little will be spinning, revealing secrets, creating questions that, as the story progresses, will all be revealed, giving more than one surprise.

I confess that I have not read the original novel, so when analyzing the film I will make it taking into account that it is a free adaptation by the director, who always has a channel through which to transmit his story and that, on this occasion, does through music.

It should be said that Mamoru Hosoda himself confessed that the main idea of ​​this film is that it be a musical but, analyzing the idea, he recognized that Japan is not usual for this type of product and reconsidered the idea of ​​a musical. However, as in the rest of his films, it has something that marks the general story and on this occasion, he was very clear that he wanted the main axis of Belle to be music, hence he chose a protagonist who in life real was not able to sing.

And he kept working on that character that, as happens in real life, we can all feel attracted to a song or music in which, even if we don’t understand what the lyrics say, it ends up attracting us. In the case of Belle’s theme song, she falls in love with “U” users not only because of her music but because of her message. 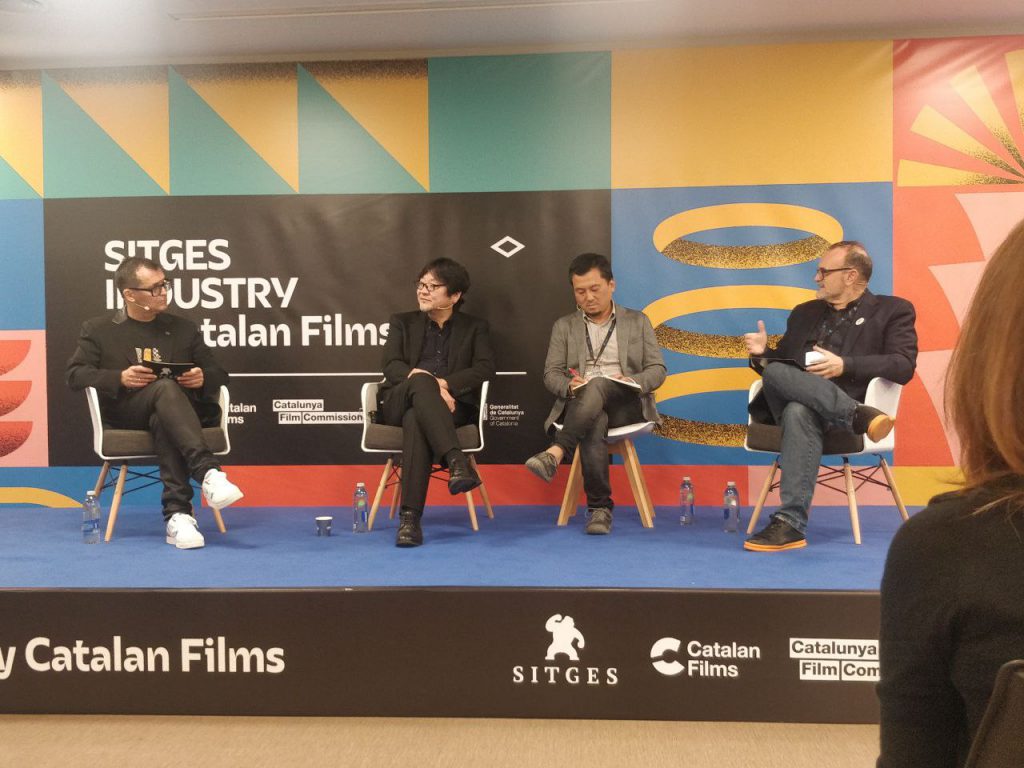 “At the beginning of creating Studio Chizu together with Yoichiro Sato, Mamoru Hosoda recognized that he did not see very clearly if the studio was going to prosper much, and he is really surprised at its prosperity”

(Personally, I share the director’s theory that through music we can transmit messages and feelings despite the fact that, whatever they say, they end up attracting people worldwide. I put with clear examples that can be quite varied, Macarena herself, the Gangnam Style of PSY or great successes of international groups like Michael Jackson or Queen.)

Times change and more and more directors are betting on CGI animation, which is usually criticized because users are not satisfied with its result but, on this occasion, I consider that an optimal result is being given to this type of animation and, in Belle, it is achieved.

Since the story allows it, the animator lets the imagination flow in a spectacular way and if not, look at the promotional images in which Belle sings on top of a stage formed by a giant whale full of loudspeakers or the flowering that occurs while the protagonist performs his concert. 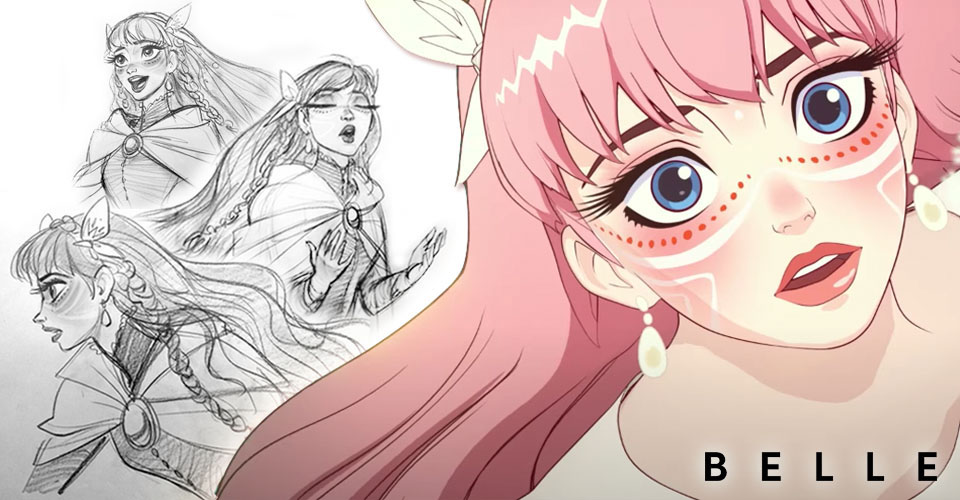 “Mamoru Hosoda when he opened the Chizu Studio, recognized that he preferred to bet on new things and try to create something unseen even if that entailed taking risks such as the failure of the film or the disaster for the studio”

To this, we add the beautiful lighting that is exploited throughout the film, taking care of even the smallest detail both in the foreground and in the skyscrapers that make up the background. A reconstruction/composition of the castle worthy of Beauty and the Beast, which will remind you both in scenes and in appearance of what has already been seen in the Disney classic.

(Personally, I wanted to repeat the mythical scene from the classic “Well, STARVE!” That, although it had no place in the film, there was a moment in the film that I thought “it’s coming, it’s coming”, nothing beyond motivated by the similarities of plans and recreation, I think I will not be the only one who cannot avoid the comparison.) 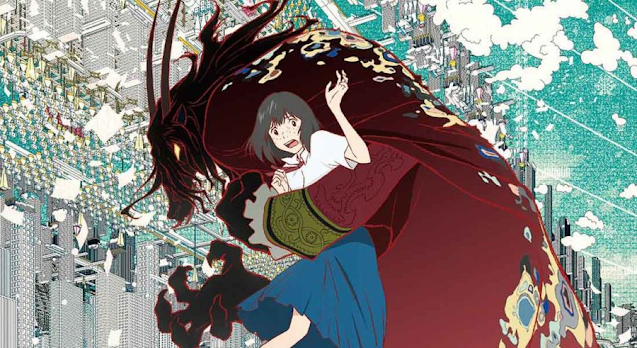 During the Q&A with Mamoru Hosoda in the last edition of the Sitges Festival, he himself acknowledged that he wanted to do something musically exceptional, acknowledging that his production team (Nozomu Takahashi, Yoichiro Saitô and Genki Kawamura) made a rigorous search to find different artists who were capable of adapting very different styles of music but who, in turn, coordinated in such a way that they could form a worldwide success.

Finally, the musicians chosen for its realization were Taisei Iwasaki (Hisone & Masotan), Ludvig Forssel (Death Stranding) and Miho Saikai. From then on, he confessed between laughs that he was very strict with the team and during the interview at the Festival he congratulated them for the work done, for the support given and justified that the hardness of strict work ends up giving results. 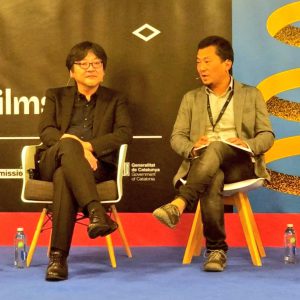 “Hosoda is aware that risking new concepts/methods can lead to error and disaster, but he prefers to bet and take risks.

And going into more detail, the main theme Ryu to Sobakasu no Hime that Belle sings, aims to reach the users of “U” both for its music and the message it conveys and, it is clear that, at the time of the concerts , the deployment of media and the detail of visual animation that accompanies it, makes the viewer not remain indifferent and that, for the users of “U” makes it become the success and who everyone talks about (for better or for worse).

Hence, the combination of animation and soundtrack becomes sublime and worth enjoying on the big screen.

Mamoru Hosoda once again takes risks in his way of telling stories through his work and, in view of his figures and awards, this time he succeeds.

In this case, I consider that it may be the exception of its skeptics and it is plain to see that it has crossed the populist border of international festivals, whether we believe in them or not, I am always one of those who thinks that “if they mention it, it is because what something special will have” and Belle has it.

A new vision of Beauty and the Beast, more current, more adapted to the new generations and an execution worth enjoying. A film that, either because of its development or because of its plot, which in some ways will remind you of Summer Wars, I think its all, well justifies its awards. 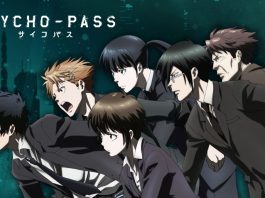 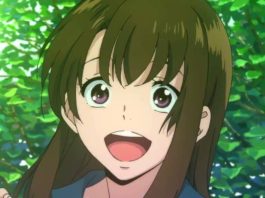 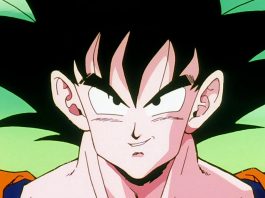 Dragon Ball lands in Fortnite this month with a very special...