The April 20, Selecta Vision will put up for sale the third box of Ranma 1/2Both on Blu-ray and DVD.

As if his crazy day-to-day wasn’t enough, Ranma must contend with all manner of perverted teachers, jealous rivals, and jilted fiancées. This time, Happosai has done it right, using a special moxibustion technique to turn Ranma into a wimp. The only way to regain her strength is to train under the old lady and master a legendary technique to defeat Soun and Genma’s perverted master. But when he finally lands the final blow, Akane gets swept up in it too… Also, Ranma has to overcome his fear of cats to defeat a bride-seeking Ghost Cat that Shampoo has brought back from China as a souvenir. And as if that were not enough, Ryoga acquires the mark of the warrior gods that makes him the strongest fighter in the world, but at the same time allows Akane to finally discover P-Chan’s secret.

Digipack Edition 3 BDs + Book 24 episodes Publisher: Selecta Vision Price: €59.99 Image: 1080p HD, 4:3 Audio: DTS-HD 2.0 Spanish, Japanese and Catalan Subtitles: Spanish and Portuguese Extras: 22-page book, with information on the characters, the story, the staff and the list of episodes, both the new one from 2021 and the classic from 1993 of the series that aired on Antena 3. 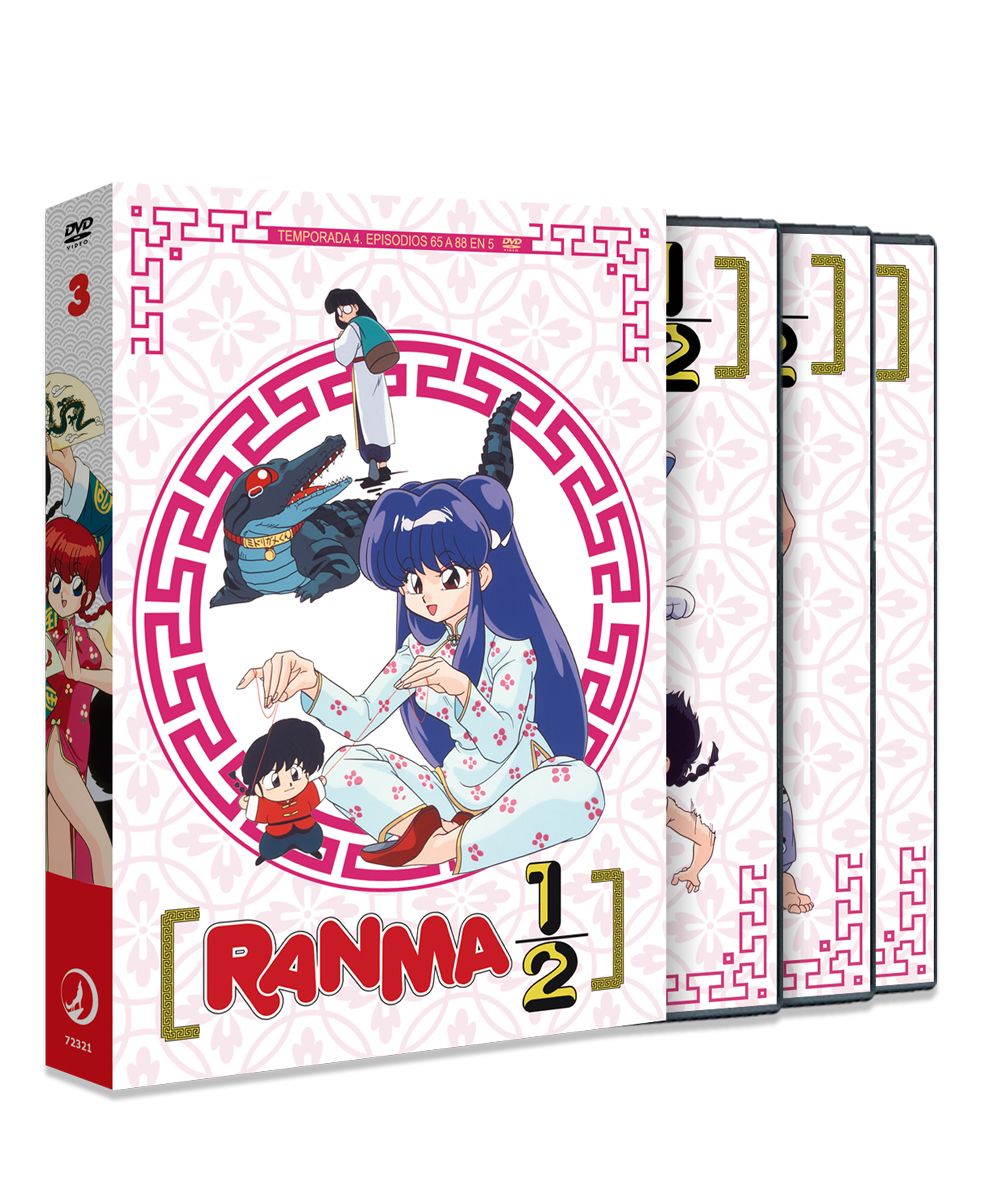