92% of the tax revenue that the Government will receive in 2023 will come from only six taxes, despite the fact that there are 191 current taxes in the country.

This was determined by the Comptroller General of the Republic (CGR) after analyzing the 2023 National Budget, presented by the Treasury.

The taxes that produce the most money are the value added tax (VAT), the income tax, the selective consumption tax, the vehicle ownership tax and the customs tariff.

According to estimates by the Comptroller, by 2023 this tax will exceed the income tax, with which it is currently tied in collection, as a result of the 2018 tax reform.

For its part, income tax 36% of the expected funds, equivalent to more than ¢2.3 billion.

According to the Comptroller, the Treasury estimates an 8% growth in tax revenue for next year.

Current income includes, in addition to taxes, other resources such as those generated by the collection of various fines.

In the case of financing, this will be made up mainly of internal debt, in which ¢4.1 trillion will come from long-term securities and ¢0.9 trillion from short-term securities.

The Comptroller’s Office recommended to the Treasury to have updated budget data, in order to incorporate the most available information, to anticipate in a timely manner relevant changes in macroeconomic variables or effects that affect the estimated yield. 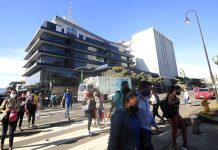