We are seeing it in our day to day. Technology is taking over more and more spheres of life. And the work could not be left behind. So much so that by 2025 eighty-five million jobs are expected to be automated worldwide. And, in Spain, it is estimated that it could affect half of the jobs, so the labor field will have to change radically.

But are we ready for this challenge? Do we have enough information and knowledge? Lucía Velasco, an economist expert in the impact of technology on society, answers these questions in her essay Is an algorithm going to replace you? The future of work in Spain (Turner) and she proposes a series of solutions so that the transition is fair for everyone.

You say in the book that in five years there will be 85 million displaced jobs around the world. Who will be the most affected?

This is the prediction made by the World Economic Forum at a global level for that year. Although it is always difficult to guess, it seems clear that the algorithms will end up doing the most repetitive jobs, in many cases of medium qualification and with little improvisation. That is, those more mechanical. A clear example that we can already see are the cashiers, which have been replaced by automatic self-checkout machines, or many of the customer service tasks that chatbots do.

Also everything that is accounting, telephone sales or even dangerous jobs in which people can be replaced by machines. We can continue with logistics warehouse operators, administrative staff, secretarial staff… the list is long.

The important thing is to understand that many of the tasks that working people do are going to be altered by the irruption of technology. A change that involves from health personnel (for example, radiology) to the legal profession, although clearly the percentage of automation of each job is going to be different depending on its complexity.

To date, in some companies artificial intelligence is not being used to help the worker, but rather the other way around. Proof of this is how Amazon warehouses work or the use of algorithms in selection processes.

The problem is not so much the use of artificial intelligence per se, but the type of use that is made of it.

In other words, you can use it to prevent a person from making longer runs in a warehouse or not having to make physical efforts if they have less strength by automatically assigning a series of tasks based on their physical characteristics; or you can use it to monitor and control working people and limit how long they can be quiet.

It also depends on whether you have some kind of ethical and auditing system in place regarding the algorithms.

Regarding precariousness, the same thing happens. Are they responsible for this?

Precariousness is not brought about by algorithms, it is brought about by the business community that decides to hire precarious workers and hire false self-employed workers because they know that people need to work. The responsibility does not lie with the algorithm, as we are led to believe.

It is true that, if in some cases and thanks to technology, one person can do the work that several people used to do, new jobs must be created for people who are no longer needed in that job.

But these new jobs —already surely part of the digital economy (which is where most of them are going to be created)— must be decent and quality jobs because, if not, we are condemning society to working poverty, and that goes against our own democratic system.

A process, that of introducing artificial intelligence at work, which was greatly accelerated with the pandemic.

In general, digitization has accelerated with the pandemic because there has been no other choice. Something that has caused many cultural barriers that limited technological adoption in organizations to be broken.

Both in professional environments and in society, we are not the same people in digital terms as we were a couple of years ago. Everything has accelerated and also the fears of the population. More than half of Spaniards think that automation will bring more unemployment. We must deal with this perception. 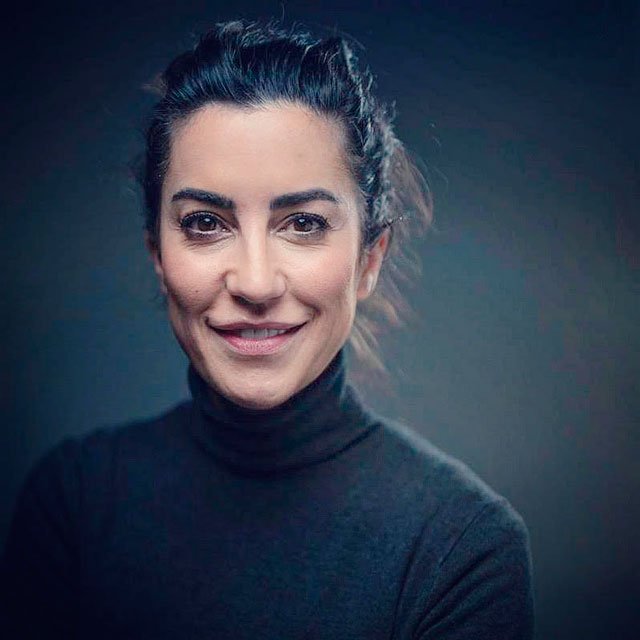 This, together with the push that was given earlier, meant that we were unable to adapt.

I do not share the idea that we have not been able to adapt, on the contrary. I think we have developed digital skills in a self-taught way in record time. What I think we haven’t finished preparing yet is the system for social change.

The labor market is going to experience a digital transition that is going to displace many people by technology. And, to deal with it well, we need to include digital training, but also contingency plans and new social protection systems in the face of new work and life realities.

We have to prevent people from getting technology anxiety or getting left off the hook.

Still, you maintain that they can bring good things. Where do we have to go to make it so? How should we adapt?

The only way is the development of a technology at the service of people, transparent and ethical that is based on our democratic values ​​and that puts us human beings before any other consideration.

You cannot digitize without thinking about the subjects of that digitization considering only criteria of economic efficiency.

The cohesion of workers and unions cannot be lacking, especially in this increasingly atomized world.

The unions have to go through a modernization process to enter the digital economy and defend the rights of this entire group, which is very different from the traditional economy.

The digital economy highly individualizes the employment relationship with the employer to weaken the strength of the union. But it also abuses the lack of clear rules in transnational digital spaces or the difficulty of controlling compliance with those that already exist.

You also say that, if everything remains the same, women are going to be the ones who have it the most complicated, at least in the short term. Why and how can the situation be reversed?

For starters, by being obsessive about collecting data on women and how they experience digital change. The risk of automation of their work is greater due to the vulnerability that we continue to drag in the labor market and it is necessary that not one step backwards be taken in the rights that we have achieved. Don’t let them bring us home again.

To continue, because we are not participating in the design of technology or in the use of technology and, therefore, our point of view is being excluded from the digital revolution. According to the National Observatory of Technology and Society in the digital gender gap, only 5.7% of companies employ women technology specialists; a sector to which only 1.6% of female workers are dedicated.

Only 0.5% of 15-year-old girls in OECD countries consider careers in the field of digital technologies. Being half of the population this is extremely worrying.