Undernauts: Labyrinth of Yomi is on sale since last February 25 for Switch and Playstation 4 thanks to Meridiem Games.

Dungeon crawling is one of the oldest RPG genres out there. Experience Inc. she is quite familiar with these games and turned her creation into a kind of art form. The game is inspired by this system, which with its ups and downs introduces us to this story in which our survival prevails.

When a huge and mysterious structure suddenly rises from the ground, the government sends in a team to investigate. You have been selected to be part of an elite group of underground explorers hired by the Cassandra company. Unfortunately, you are not the only one searching these caverns. Terrifying monsters lurk in the shadows. Dangerous criminals seek resources. A large number of people have disappeared.

A labyrinth appeared in Tokyo in 1979, a huge complex transported from another world that can only be entered through motorized gates. This labyrinth, known as Yomi, causes humans to gain otherworldly strength, including magic and special abilities. People are also at risk of entering the labyrinth to extract argen, a resource that humanity has been using to make new technological developments.

The protagonist is the head miner of a start-up company trying to strike it rich in an unknown part of Yomi. The company started out as a small crew hiring those whom the rest of society didn’t care about, mainly women and college students, recruited through candy store advertisements to avoid legal oversight. Sadly, the opportunity for intriguing commentary is wasted when all but the protagonist on the initial investigation team are killed at the end of the prologue by Luci, a mysterious red-clad girl with a leech for an arm. The connections to the real world stop there, as the surviving members are stranded on Yomi after an ominous voice on the radio shuts down the gate. A mysterious girl in a wheelchair soon reveals that the guardian pieces known as sinners’ pasts are the key to relighting the door and returning home. 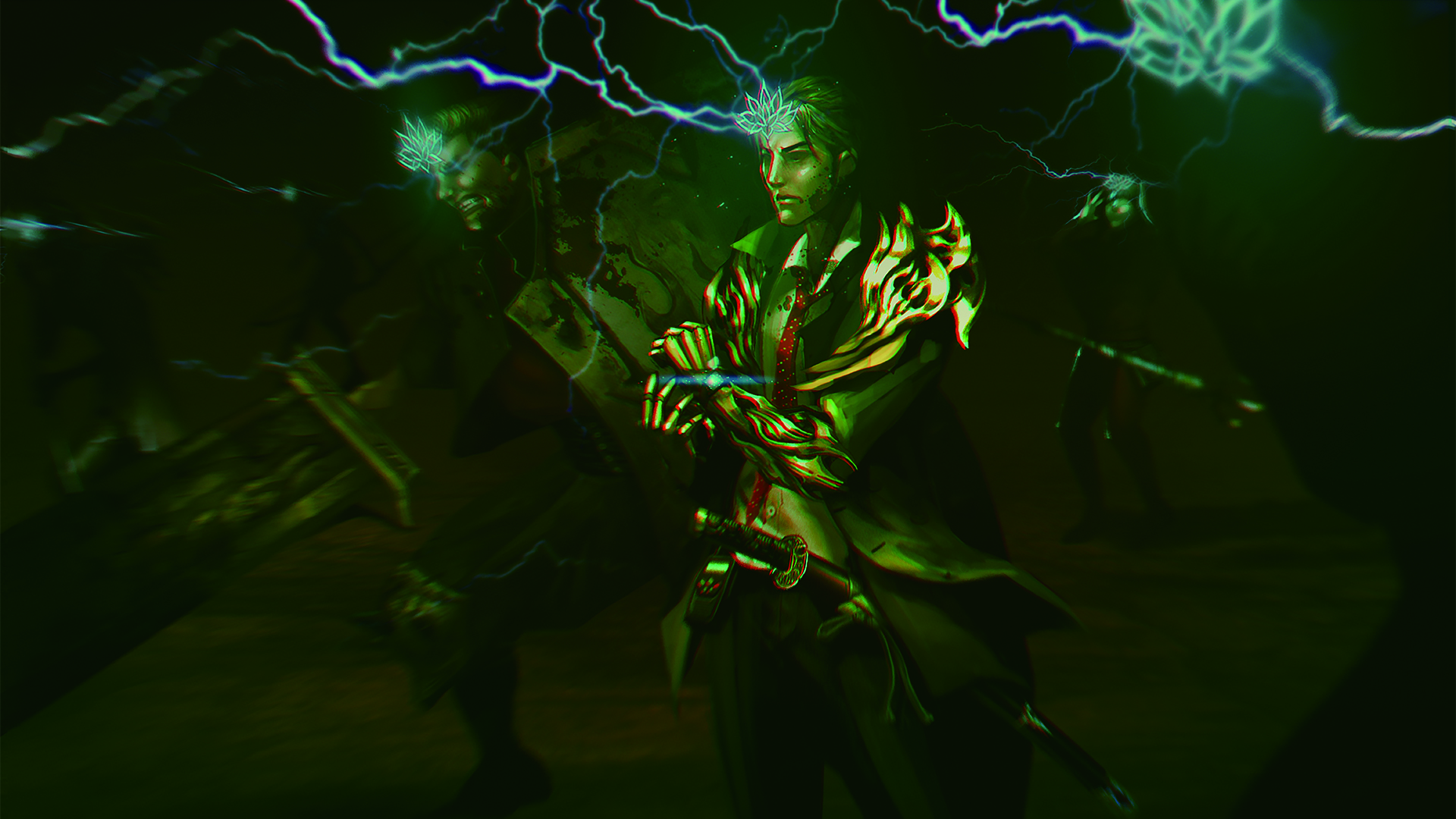 The test of your survival skills begins

After the beginning or prologue that introduces us to the story, although it can be a bit long, it is necessary, we find the playable characters, they are secondary generic characters without lines of dialogue or reference to their backstory, while only occasionally mentioned in context. The protagonist (us) gets a few lines here or there that affect the answers but don’t change the story in the slightest.

Playable character options, from the protagonist to generic created characters, include eight different classes to choose from. Each class has its uses and can be swapped out at any time by resetting skill points and stats to make experimentation easier if the player so desires. The biggest problem with experimentation is that some classes are crucial to balance, leaving some damage dealers fighting for a spot that can be based on team drops they come across. The entire game is first-person, allowing for seamless transitions between camp and dungeon, with the party represented by portraits lining the bottom of the screen. Upon entering combat, enemy portraits appear on screen while the background changes based on the current area of ​​the dungeon. Random encounters are joined by battles represented by colored skulls that include single combat, repeatable treasure fights, or boss fights. An auto travel option makes it easy to venture through previously explored areas, choosing the optimal route to the chosen location on the map. It will stop for encounters, but will resume afterwards, making it ideal for traveling back to camp.

Equipment is very important in the game, as having low level equipment results in a quicker death sentence than having a lower level.

By contrast, there are interesting character portraits, but they feel shallow because the player can choose six faces and see them for the rest of the game, even with the option to turn them into just numbers. For the soundtrack, each area has grim tones to match the visuals, and the combat music is up to the task of keeping the action flowing. However, in forested areas the constant and lonely sound of crickets chirping quickly becomes screeching, plus sometimes load times with sound and black screen are a bit overwhelming. 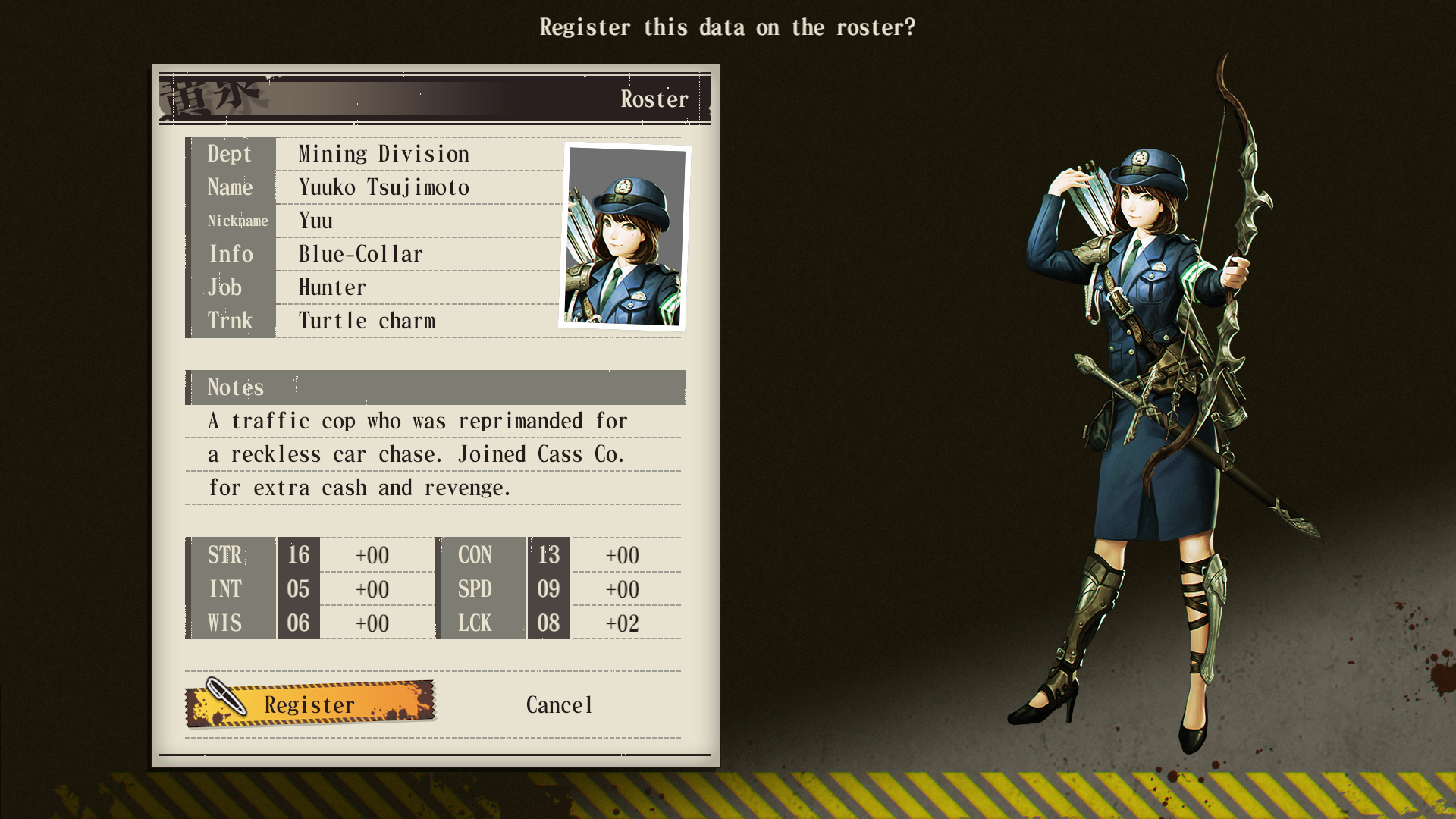 The game is released in single edition for all three consoles. 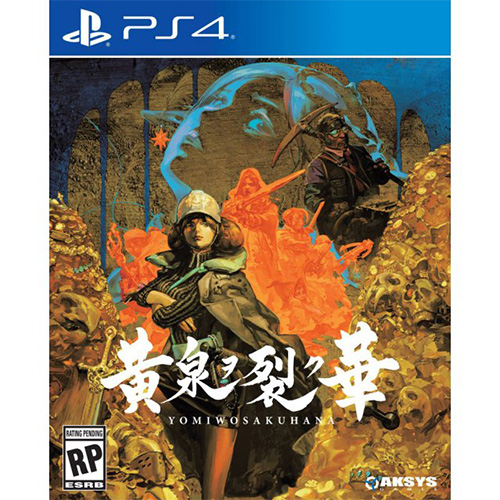 The game has a very somber aesthetic, with every environment dripping with seclusion or dread. The game doesn’t explore new terrain, despite having a premise that would be exciting to explore, but it does feature fun combat and smooth gameplay, which despite its shortcomings will delight fans of the genre.