We know quite a few ways to put a laptop to the test. Some are as simple as running software and having it measure performance. Benchmarking call that boss. These are compared with other laptops and, in this way, a performance ranking is achieved through the results returned by each machine.

In short, frivolities that have a slight flaw. The performance of a computer should be measured in terms of the needs it wants to cover. The fastest computer in the world could be slow to use if, for example, its trackpad was awkward or inaccurate.

The creative sector has been in luck in recent years. Devices with features aimed at making the lives of designers, photographers, videographers, artists or musicians easier have begun to appear on the market.

A task solved in minutes thanks to an incredible processor could take us hours due to a poor quality screen.

Within this trend of supplying niches, the creative sector has been lucky in recent years. Devices with features aimed at making life easier for designers, photographers, videographers, artists or musicians have begun to appear on the market.

To illustrate, if gamers are picky when it comes to choosing a computer, creatives may be even more picky. And on top of that, most of them are now gamers too!

What does a creative’s computer need? The big answer to this big question is always going to be the same. “It depends”, which is the answer to everything in life. Or “dipindi”, which is what it sounds like when you are trying to write an article related to the needs of creatives. You ask one and he answers like this.

We have taken one of these creative-oriented computers and, with it, we have proposed a challenge to different creators: use it for 16 hours to create a video piece together that includes different creative branches such as illustration, 3D design, composition of music, editing, etc.

We have given them very little time and we have forced them to use the equipment to the maximum to get the most out of it. We collect here what could be the perfect team for a multifunctional creative.

The equipment we have given you is an MSI Creator Z16. A state-of-the-art laptop with the latest technological features. Tons of RAM, a blazing-fast processor, a rock-solid SSD, a widescreen display with perfect color calibration, and a host of impressive features to create with.

Will it have passed the test of our creatives?

First of all, we had an online meeting with all of them. Madrid, Barcelona and the Basque Country. That is the route the team would follow. We tell you the challenge. Have the MSI Creator Z16 for 16 hours in which they had to continue the work of the previous creative. 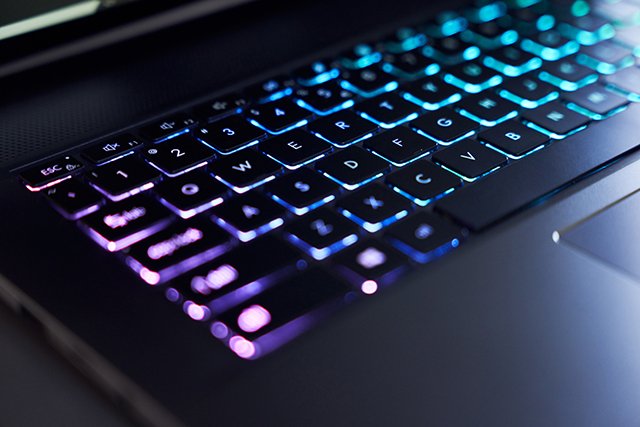 Among this colorful team we have Playback Maracas, musicians and producers; Noelia Lozano, graphic designer and 3D animator specialized in papercraft; Lucas Nuñez, computer scientist by profession, filmmaker by passion; Yorokobu, the magazine tasked with giving you a pretty crazy story to work on, and of course MSI, who sent us a unit of the Creator Z16 for the challenge.

The story had to tell the production of the video itself through a loop that defied the limits of space-time. So, a simple thing.

The first to receive the Creator Z16 were the guys from Playback Maracas in Barcelona. They would mark the rhythm of the video through a soundtrack composed, recorded and edited in record time for the occasion.

The team then traveled to Madrid, where Lucas Núñez, inspired by the music left on his laptop, recorded most of the scenes. For the rest, he would travel thousands of kilometers to collect the sounds of the Maracas and the stop motion of Noelia Lozano. After a few last hours of editing, Noelia would take the equipment to add the visual effects, put everything together and export the final piece.

Three days of stress, races and intensive use of a laptop that, as we will see in each of the posts made to the creatives, knew how to stand firm. 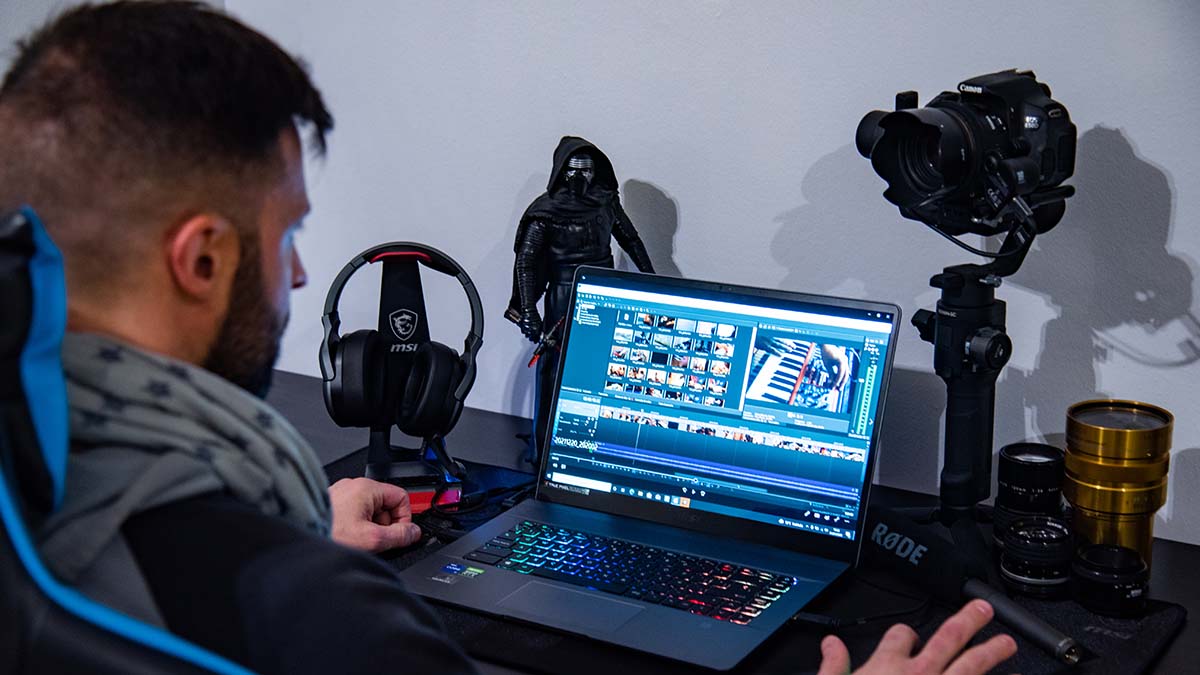 Sony Vegas, Adobe Premiere, Cinema 4d, Adobe Lightroom, Adobe Photoshop, Ableton Live, Pro Tools, Adobe After Effects… Those names are just some of the software that have been used during the 48 hours that the project has lasted and, in case more tests were needed, even these lines you are reading have been written with the Creator Z16.

Within the posts of each of the creatives, which we will be publishing soon, you will be able to discover the conclusions that each of them has been able to draw from their coexistence with this laptop.

We are not facing a standard laptop. Shortly after using it we see that we are facing a team designed for high demands. Even before turning it on, we notice that its metal construction and ergonomics have been developed to satisfy demanding palates.

The configuration of the keyboard, the size of the trackpad, the layout and the ratio of the screen are details that, after a short period of use, are greatly appreciated. It shows that it is a computer designed for creatives.

The more you ask him, the better he responds. As if it was completely unburdened. With processor performance that did not reach 60% of its capacity. As is often said in these cases, a real beast.

We liked. We really liked this laptop. And what we liked the most is to see how a brand as relevant as MSI is involved in this way with the creative community. If you thought that your creativity depended on the power of your team, because until now there was no one that satisfied your hunger to create, that’s over. Now you can unleash your creativity without having to think about whether or not your team will be able to keep up.

THE NEXT MSI CHALLENGE IS FOR YOU

Our creatives have more than met the challenge we set out for them in MSIón very possible, and now we want to challenge anyone who has the guts to participate in the contest we have organized.

A single piece of video, between 16 and 160 seconds, that talks about technology, time and, of course, the number 16. Do you dare? Enter this link to find out how to participate.

You could win a Creator Z16 just like the one our creatives used during the project.

Follow MSI online, you will discover a wide variety of equipment for inquiring minds!