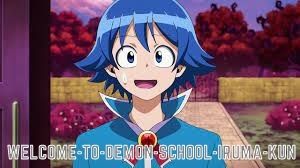 Welcome to Demon School! Iruma-Kun is a Japanese fantasy manga series by Osamu Nishi. This comedy animated series has reached its season 2 episode 11. Let us take a look at knowing the release date, spoilers, and other similar details of the same!

This dynamic series consists of 21 episodes in total. Its season installment premiered in April 2021. The anime has been directed by Makoto Moriwaki and written by Kazuyuki Fudeyasu. It is available on Crunchyroll to watch.

According to a report by Tremblzer, its Season 2 Episode 11 would be released on 26 June 2021.

The episode title of the latest episode is “Balam’s Lesson.” Balam says that the study involves learning via imagination. Balam keeps on explains about his subject and states that the kids are not concentrating. He pulls Iruma and Alice towards him and enjoys rubbing their heads as he continues with teaching. Balam wonders if there are new species out there. Iruma wanted to ask something, but Balama asks if Iruma intends to ask what the beasts eat. Balama begins to explain what the beasts eat and how they live. He reveals that cats in the Nether world eat demon birds. Iruma realizes there is a reason why the students run away from Balam’s class and ask Alice. Alice reveals that the students don’t like the way Balam embraces them as the classes continues. A green-haired demon comments that Balam touches everyone to see if they are fit for his experiments.

The one-eyed Demon comments that Sensei kidnaps the students he likes and then conducts investigations on them all night. Iruma thinks that Balam uses tools like blades, saw, and injection to torture students.