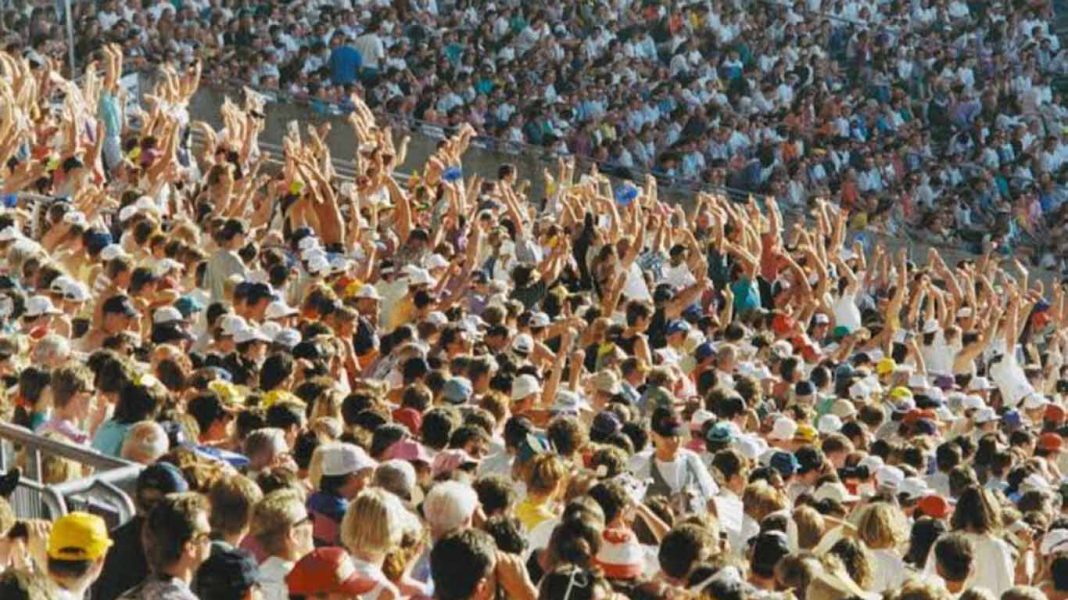 Soccer, the Pumas teams from UNAM, the Eagles from America, the Chivas from Guadalajara… and the National Team arouse shared passions and give their fans a sense of identity, of belonging, which is manifested in rituals such as doing “La ola ”.

About the fans and what was once called "The game of man" by the sports writer José Ángel Fernández, a phrase that women with their play have become anachronistic, Dr. Christian Amaury Ascencio Martínez, academic of the Faculty of Political and Social Sciences, tells us “give a pass”.

Football produces "emotional effects" in those attending a match, but it also generates other types of interactions in the fans: from dynamics in the stadiums, at home with the family and among friends in a bar, to betting.

“La ola”, for example, which gained global visibility at the 1986 World Cup in Mexico, is a coordinated sequence of movements that fans perform in a stadium.

It is a very particular integration. Fans get up, sit down and thus generate that wave effect that involves everyone in a collective ritual and shared emotion.

That moment of collective effervescence is being prepared before the meetings. Precisely, the spaces around the stadiums are designed to generate this emotional expectation.

There is a sale of products, flags and shirts, which fans acquire and wear as a form of "identity distinction" and a demonstration of support for their team.

Before the game, the atmosphere outside the stadium is carnivalesque, with chants, drums and trumpets to "generate, stabilize and continue a specific form of ritualization in the face of emotion."

All this paraphernalia —as Ascencio Mart ínez points out— forms part of the process of identity construction, which for many fans is a form of collective identity that is later assumed as individual identity. That is why a fanatical fan feels offended when the team that "is doing it" is attacked.

This sense of belonging is also concretized in Mexico in the formation of the so-called brave bars or groups oriented to make the official team cheers.

In the hobby that is generated in urban environments, groups of young people are consolidated that eventually receive financing, not necessarily to carry out violent acts.

They receive it, sometimes, from the authorities responsible for promoting this sport, so that there is always a club that travels and supports the team when it plays as a visitor.

Other times it is not clear who finances them. Sometimes they are political groups whose intention is that these youth cheerleaders be a force of response and social and political pressure in their environments.

Tickets are given to these groups or cheerleaders to attract the fans and encourage them with their songs and shouts so that they "live the emotion of soccer" and support a specific team. All this, insists Ascencio Martínez, "is not exempt from political or other interests."

In other Latin American countries, these groups are also formed, focused on the unrestricted defense of their teams and being protagonists of these official, continuous and permanent demonstrations of support.

Demonstrations of "support" that sometimes lead to violence when the limits of coexistence established within the stadiums are transgressed or when there is some provocation or previous conflicts among the cheerleaders themselves. Thus, one way to show your support for your team is to confront those who support the rival team.

Violence arises "in the moment" or as a result of previous experiences, even those that occurred outside the stadium or even personal. Many times by insults or by the chants themselves, in whose lyrics the aggression against the rival team in turn or a particular team is already implicit, especially in "classic encounters".

To insult, misogynistic verbal aggressions are also expressed against others. There is a connection between these songs and insults with social life itself, which tends to be unequal, aimed at denigrating people.

There are fans who believe that homophone shouts are not an insult with fully homophobic content, but in our socio-cultural environments these types of expressions are "anchored to offending groups of sexual diversity or people who do not comply with certain stereotypes of traditional masculinity" .

Although shouting “fucking” is disguised as a cry of emotion, an insult outside these cultural conceptions, “it is a cry that refers to homophobic traits that societies seek to eradicate and has therefore been sanctioned”.

Soccer fans recognize their sense of belonging to a nation, in this case Mexico, in a symbol that is the National Team, says Ascencio Martínez.

The fans make this shared feeling or emotion visible in a symbolic public space: the Angel of Independence. People get there, run, raise the flag, honk their horn. "They seek to recognize themselves as part of the same feeling of national unity, even if it is partial."

The opposite happens when the results are not the best. People seclude themselves in their private spaces. And in some cases he expresses his rejection of certain players for the defeat. There have even been threats against players from the national team, for example goalkeeper Guillermo Ochoa.

At other times there have been cases in which some soccer players, such as Andrés Escobar, have been attacked after poor results. And in recent months we have witnessed how the cheers themselves confront the players, even insult or pressure them.

Nor should we forget – says the UNAM academic – that football is immersed in a scenario where there are passions but also interests and bets.

Hopefully they can provide the necessary protection to the players and have been careful in how certain emotions are processed from the point of view of sports narratives because, Ascencio Martínez assures, many times they generate the perception that bad results are the consequence of a single player and not the result of a poor performance as a team.

Previous articleHaikyu season 3 reissue!! will be on sale on February 23
Next articleWhy does 'post-mortem' photography cause us so much fear?