Not all of them are ringworms, there are also special syndromes, dystrophies, keratinization disorders, atrophies, deformations, loss of nails, and due to age there may be thickening with horn-like growth, and other alterations in its architecture

In nail diseases, not all are ringworm, which stains them black or yellow. Other abnormalities in that skin appendage may be a “marker of lung or kidney disease.”

Aren’t they all onychomycosis? Rosa María Ponce Olivera, dermatologist and professor at the UNAM Faculty of Medicine, puts that spin on her nail with the following string of words:

Of ringworms, the most common aetiological agent is the fungus Trichophyton rubrum, although there are also yeasts that change the original shape, color and texture of the nails.

There are nails that lose their transparency and turn yellowish, black or white. Others look porous, with longitudinal or transverse striations, and are undone or pulverized.

Very rare molds, with low prevalence but very difficult to treat, are Penicillium and Fusarium. There are fungi that are more pigmented, such as Aspergillus niger, which leaves a dark color.

Yeast fungi, such as Candida, which proliferate in humid environments, commonly infect people who “have wet hands all the time”, such as housewives, health workers and bakers.

Leukonychia or white nails is a special syndrome: the superficial whiteness of the ten or twenty nails is associated with HIV infection. It doesn’t dystrophy the nails, it doesn’t make them thick, they’re just all white. In another type of leukonychia, tiny white dots appear, which can be caused by minor trauma.

Trachyonychia, another nail architecture condition that is not caused by fungus, affects children and adults. Fingernails and toenails look “like they’ve been sanded down.”

In patients with psoriasis and alopecia areata, the nails have a “thimble-like texture”, as if they had been pierced by a pin.

In nail psoriasis, onycholysis and oil stain also occur: the nails detach because they are not adhered to the fleshy area, which contains keratin.

Hemodialysis patients may suffer from onychoschisis or separation of the nails. “Half and half nails” (the white band that is proximal or closest to the lunula is not in the middle but about 75 percent away, and the distal brown band only occupies twenty percent). It is also known by the eponyms: Lindsay’s nails, Mees’ nails, Terry’s nails.

If someone suffers from cyanosis, because they do not oxygenate well, their nails are purple. Yellow nails are a specific syndrome associated with damage to the lungs (bronchiectasis) and liver. Due to anemia, there are nails that are known as “watch glass” and are concave.

In patients with heart or lung disease, a deformity known as “clubbing fingers” or clubbing occurs. There is a widening of the tips of the fingers, with a change in the angle formed by the nail at its exit.

Nail-patella syndrome is a genetic disease that affects the bones and nails. “The knee caps are easily dislocated and the nails change (they are hypoplastic, with depressions and reliefs)”.

In some genetic diseases there is atrophy of the nails, as in epidermolysis bullosa, and Darier’s disease, in which there is little keratinization. 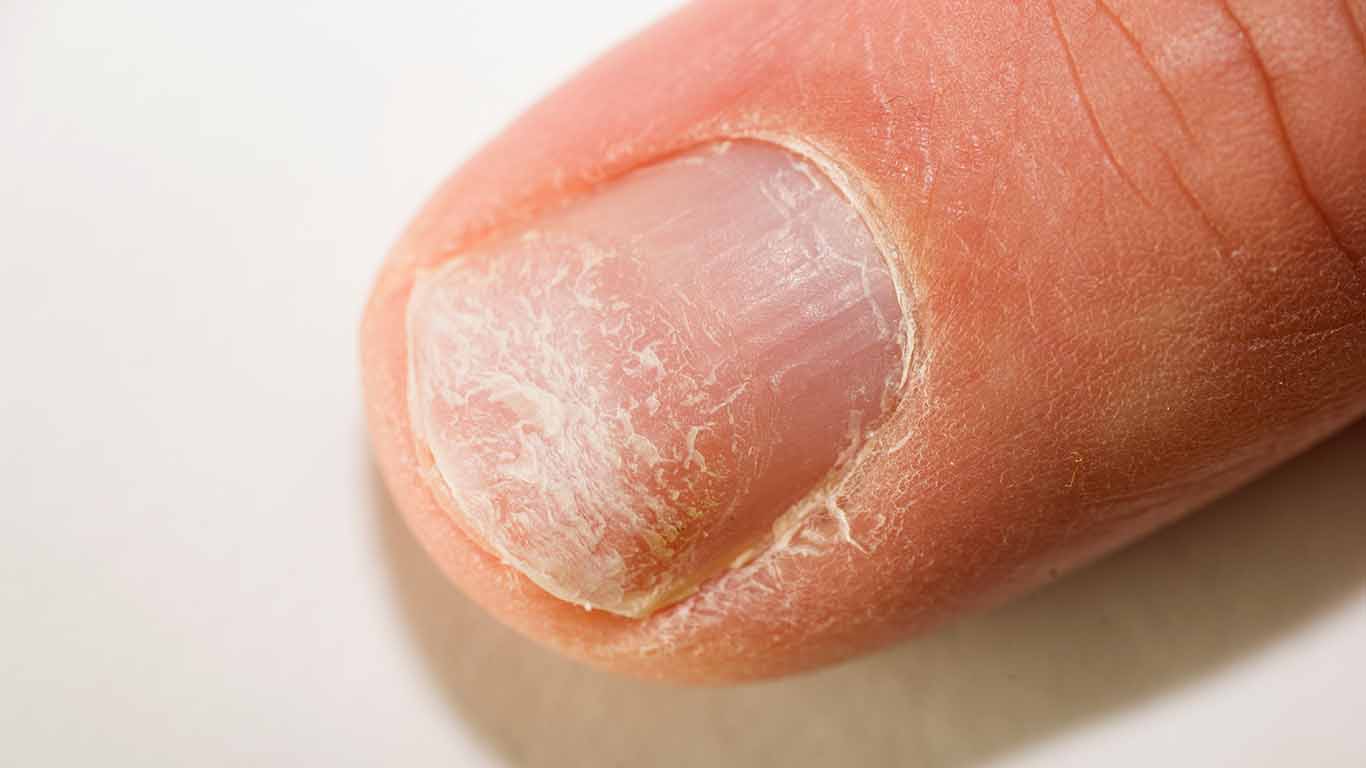 In onychocryptosis, or ingrown or ingrown toenail, the nail is inserted into a skin area with bacterial infection, causing a reaction with bleeding, pain and inflammation. Onychocryptosis causes a lot of discomfort and disability.

If he is a healthy patient, and if he is young or adolescent, with a course of antibiotics he will improve. But if they have comorbidities, such as obesity, diabetes, and poor circulation, they can develop complications that may even require hospitalization.

The most common trauma that deforms the nails, and which can be transient, is known as Beau’s line. A blow can interrupt growth, causing a kind of notch. In each inflammation there may be grooved lines so the nails do not look homogeneous, but “with these cut-interruption-cut-interruption of growth, and sometimes they completely dystrophy”.

In addition to the thickening, there is a horn-like growth. Koilonychia is the name for “watch glass” bulging nails that are associated with anemia. Americans call these “drumstick fingers” or digital hippocratism clubbing.

In young people, onychomycosis is not common, but onychophagia (biting nails), onychotillomania (tearing the skin off the fingers) and Beau’s lines, especially linked to atopic dermatitis, are. Also leukonychia or small white dots that do not have major consequences.

Onychoschisis, or brittle nails, can be suffered by those who use their hands a lot, such as typists of yesteryear. There is also mechanical damage when they are filed and sanded to apply an acrylic layer or remove a permanent varnish, eg gelish, which is a very sticky polymer. This resin is not removed with a conventional nail polish remover. You have to soak, sand, carve, “and yes, you injure” the nail.

In general, varnishes and false nails can damage natural nails if the person is allergic or if there is a bacterial or fungal infection. 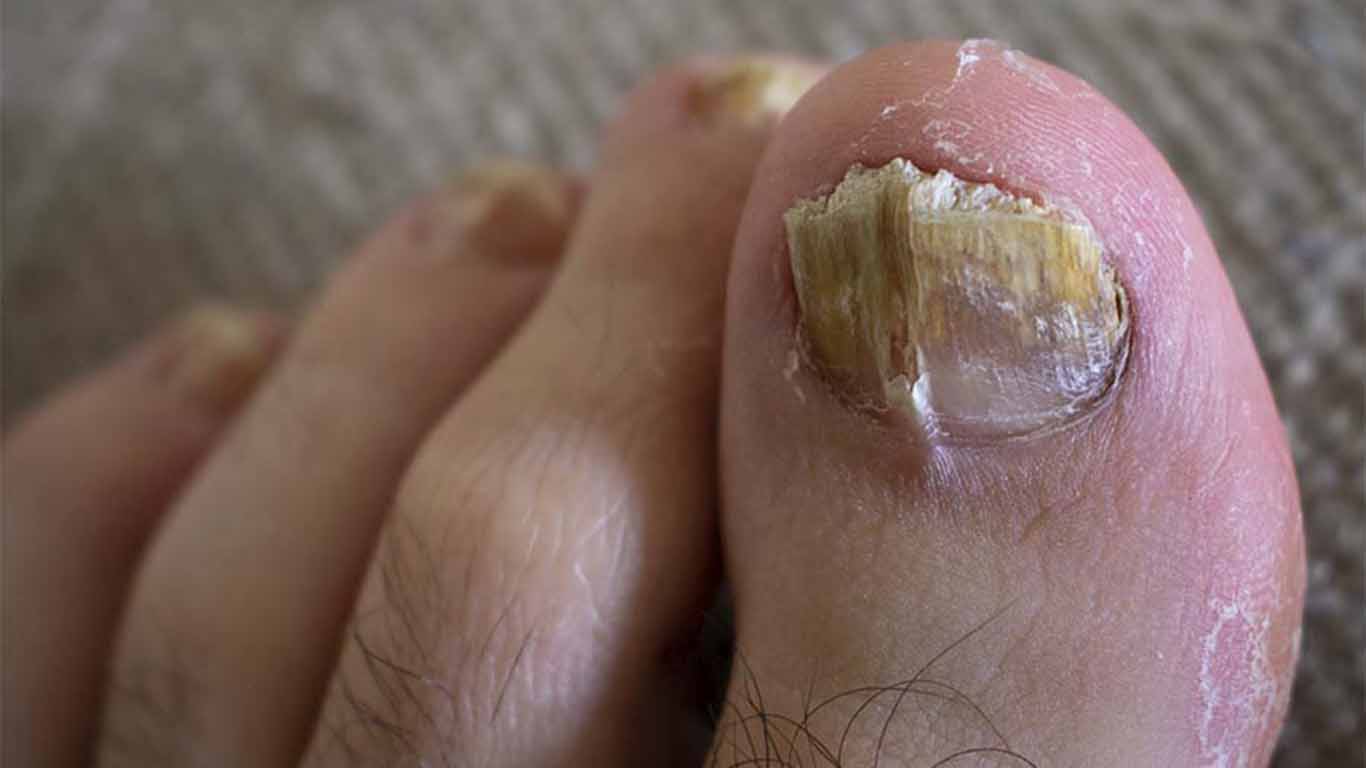