It often happens that the first encounter with post-mortem photography usually causes rejection. Dead photos? Why and for what? What a need! If it already gives us a bad feeling to see a lifeless body, imagine snapshots like this. The point is that when you inform yourself a little, the perspective changes. A feeling that is normal in this current world in which we are far from everything that has to do with death.

But what some of us reject, for others is attractive. Like the case of the actor Carlos Areces and the post-mortem photography doctor Virginia de la Cruz Lichet, who, from the moment they became aware of its existence, were captivated by it. And proof of this is the Post mortem book. Collectio Carlos Areces , a meticulously edited work, in large size and with a velvet cover, for which the former has contributed his collection of these photographs and the latter has written an unpublished work around this art. 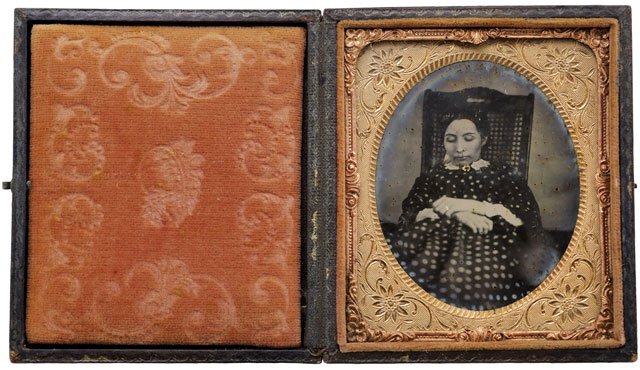 Carlos Areces says that he had no record of this photograph until 2001, when he first saw Los otros , by Alejandro Amenábar (who, by the way, wrote a prologue for the book). In it, post-mortem photography has an important weight in the plot and "in the end it is discovered that the attendees are all dead thanks to a post-mortem snapshot".

So, as the great collector that he is, as soon as the tape ended, he went to report it to see if it was true that they existed. «It was 2001, the internet was not like it is now, so I started looking at the stores where I was going to buy old photographs of communions, which I liked a lot. In one of them they told me that yes, they had three in a drawer. That's where I started collecting them," says the actor. Until today, which has more than 150.

A SHOW OF AFFECTION

An attraction that he felt from the first moment because, as he says, it meets two requirements: it is a photograph that has tiptoed through the official story and it is taken in privacy. “This is something that catches my attention. Everything I like is focused on the intimacy of the family, on privacy. Everything that has to do with communions, weddings, family celebrations, with the routine life of the 19th and 20th centuries. The portraits without any public importance».

"Post- mortem photography meets these requirements, as it is a sign of affection and a way of maintaining the memory of the loved one," the actor continues. Let us remember that during the 19th century it was not very common and, above all, that photographs were very expensive. And like everything that happens on tiptoe, everything that is not shown, aroused a special interest in me. For how little is said about it. 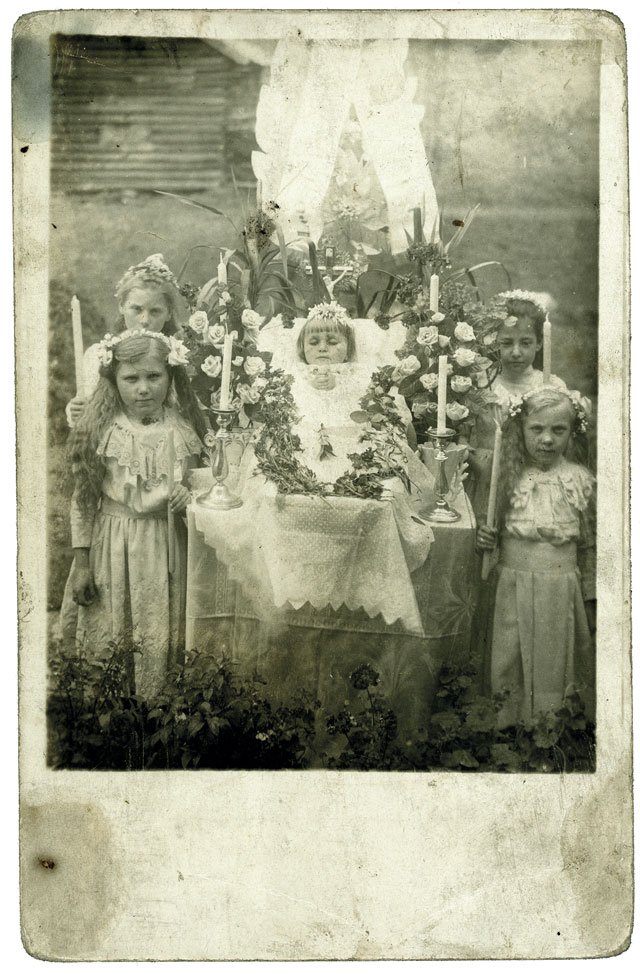 Virginia de la Cruz Lichet approached this type of photography through the Galician photographer Virxilio Viéitez. «I was doing a thesis on him and I discovered some works of this type of photos. They caught my attention and I looked for other photographers who had done the same. It was something that was very widespread, although at that time I did not know it, ”he explains .

“The question that everyone naturally asks is why were they done? I did too, until I realized it wasn't unusual. In the end, its purpose is to capture another rite of passage, such as communion or weddings. That is why the photographer captured snapshots of funerals. I realized that today we had a completely different perception of death and I wanted to see why this change in mentality compared to that time, "he says.

WHY HAVE WE CHANGED THE WAY WE RELATE TO HER (AND DEATH)?

The evolution? lived in society is the key, and migration to cities and advances in medicine, some of the culprits. “In cities there is a clear separation between the space of death and life. In the towns it is the other way around: the cemeteries were in the center, the lifeless bodies were veiled at home, everyone accompanies the deceased, something that cannot be done in the city, ”says the writer.

But it also affects the fact that there are fewer deaths, that it is less daily. "In the past, in every family there was a deceased child, something that today would be a drama," says Virginia de la Cruz Lichet. A theory that Carlos Areces also supports, who adds that “when someone dies, we don't take care of anything. It is a routine that we find unpleasant. The other day I saw a documentary about this type of photography that said that the 19th century taboo was sex and the 20th century was death. And I add that the XXI is death and old age. Basically because we don't like it." 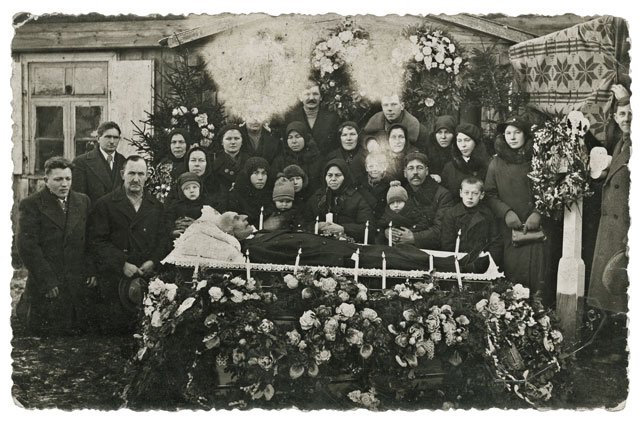 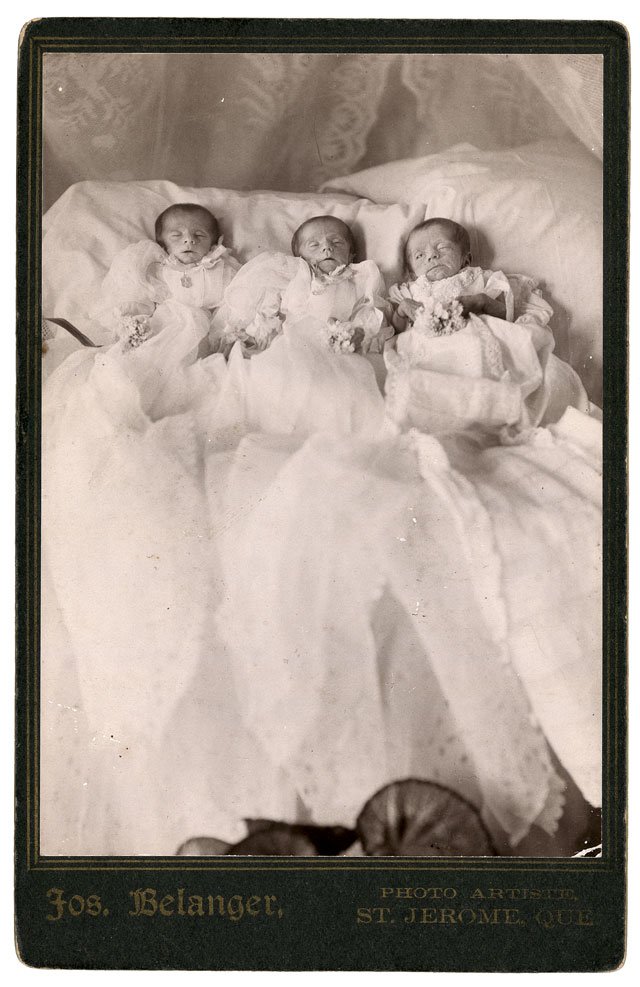 For this reason, many of the post-mortem photographs that were inherited were broken as they caused discomfort. “Even in legacies of well-known photographers. The problem is that every time a photo of any kind is destroyed, we are destroying information. Photography is the discipline that can best describe, it is the most reliable window we have. Although many times it has been manipulated, what you see is what there was, "explains Areces.

MORE FAMILIAR WITH THEM THAN WE THINK

The curious thing about these photographs is that we are more familiar with them than we think. Although they have largely fallen into disuse, there are some areas in which they are still used. For example, when a famous person dies or a person who has had relevance, his lifeless body is shown. Like the case of Maradona or Lola Flores.

Another use that continues to be given is as study material. Virgina de la Cruz Lichet points out that she is currently working with Colombian photographers on issues of mourning and memory in the Latin American country. That is, how art contributes in Colombian society to build this type of process. 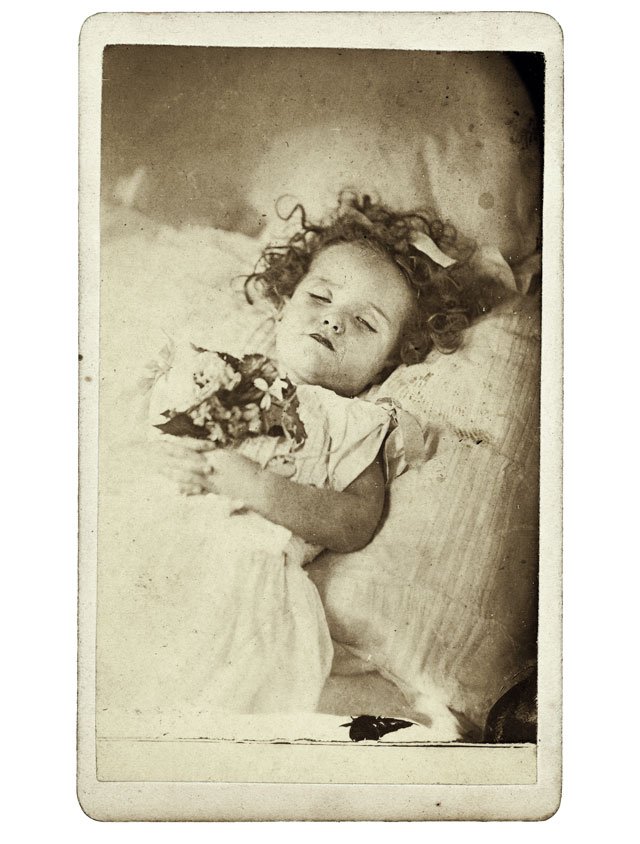 «One of the biggest problems when it comes to dealing with grief is forced disappearances, that loved ones do not know if they have died or not. The fact of being able to see the deceased and prepare him, of holding a wake, are steps that contribute to accepting death. At the moment in which we separate all that, if we eliminate stages, I have been able to verify that the duel becomes more difficult. In this case, post-mortem photography plays an important role”, he maintains.

Carlos Areces does not believe that it is something that has completely disappeared. And he talks about the Stillbirth project, which recommends resorting to post-mortem photography when a baby is stillborn or dies within a few hours. “In these cases, this type of snapshot helps parents cope with grief because it is very important to record the passage through the life of that child. Of course, the memory cannot be shared, but the fact of taking a photo of it is a testimony that that person has existed. And that is important”, closes the actor.